Today’s meeting of the Agriculture Council witnessed the frequently irrestistable force of French attachment to the Common Agricultural Policy run into the occasionally immovable object of UK, Swedish and new member state desire for change. The result was that a much-trumpeted French vision paper for the future of the CAP beyond 2013 was roundly rejected. In the end France used it’s presidential prerogative to adopt the paper as ‘Presidency conclusions’ but as such it has no political weight whatsoever. Some will remember that UK vision paper for the CAP lauched in the final weeks of its own EU presidency at the end of 2005 met a similar fate.… Read the rest

France has produced a paper on the future of the CAP which is designed to stimulate discussion at the informal farm council to be held there in the Rhone-Alps region on 21-23 September. The paper is very vague, no doubt deliberately so, and interpreting has to be an exercise in decoding.… Read the rest

French farm leaders have asked President Sarkozy to organise a Special Summit of EU heads of government on ‘EU ambitions for the agriculture and agri-food sectors.’ Perhaps the word ‘EU’ should be replaced by ‘French’.… Read the rest

The French government has launched a new website as part of the run-up to a conference it will hold on 3 July, at the very beginning of France’s 6-month EU Presidency, to discuss the future of European and global agriculture. Entitled “Qui va nourrir le monde?” (Who will feed the world), the debate is being organised around six questions, divided into two groups. Find out more after the jump…… Read the rest

The French government has launched a new website as part of the run-up to a conference it will hold on 3 July, at the very beginning of France’s 6-month EU Presidency, to discuss the future of European and global agriculture. Entitled “Qui va nourrir le monde?” (Who will feed the world), the debate is being organised around six questions, divided into two groups. Find out more after the jump…… Read the rest 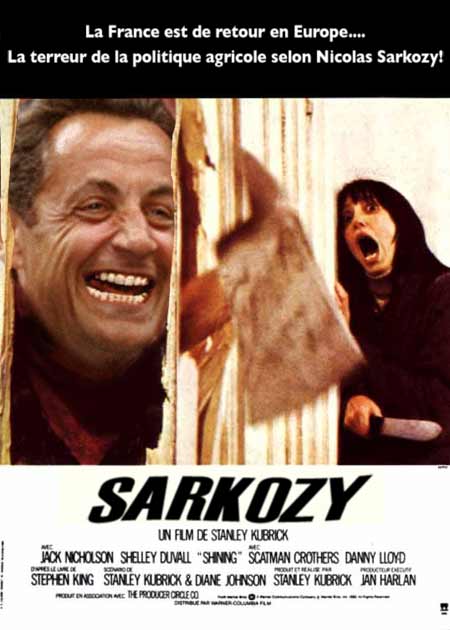 As Jack Thurston has well exposed in his recent entry, the “food security” argument seems to be the new rally call for those trying to justify continuation of untargetted payments to farmers, or even a return to production support (albeit disguised as “risk management”, “income insurance” and the like). At a recent debate I was struck by the fact that the “food security” threat, and hence the need to support further agriculture intensification was almost universally endorsed, including by “CAP reformers”. While Jack has given a powerful argument for refuting the neo-Malthusian scaremongering about looming food shortage, you don’t actually need to believe in a future of plenty to call the bluff on this line of reasoning.… Read the rest

Earlier this week, BBC Radio 4 broadcast Churchill Confidential, a dramatisation of British cabinet meetings chaired by Prime Minister Winston Churchill, records of which have only recently been released into the public domain. In this week’s episode, looking at Churchill’s second term of office (1951-55), we get an overview of the pressing issues of state at that time: the impending conflict with Egypt over the Suez Canal, the development of the British atom bomb, balancing Britain’s relationships with its European neighbours and the United States of America, immigration and race relations, the coronation of Queen Elizabeth II, the devaluation of the pound and, somewhat incongruously… a decision on whether to reduce the meat ration.… Read the rest

With the Slovenian Presidency of the EU barely a month old, the French government is already limbering up for its defense of the CAP during the Health Check and the budget review when France takes the helm of the EU in the second half of 2008. Farms minister Michel Barnier is here in Brussels all this week along with his ‘B-Team’: a 22-strong crack unit of Paris-based diplomats and civil servants on a mission to familiarize themselves with EU institutions, places and faces and to plot with old allies in the battle against reform such as those reactionary dinosaurs at COPA-COGECA and their more youthful offspring.… Read the rest

New post: 381. Why are fertiliser prices currently so high? https://www.pannelldiscussions.net/2022/08/381-fertiliser-prices/