It’s Friday afternoon and it’s been a long week. What better to calm the nerves after all the excitement of the health check than to take a break by spending a few minutes playing a new online video game from the European Commission? It’s called Farmland: The Game and in it you will have to learn how to feed calves, take care of pigs in a pigsty and visit the henhouse to collect eggs. On the game’s more advanced levels you may be required to stamp out an outbreak of foot and mouth disease, fill out an IACS form and organise a delegation of farmers from your region to lobby the European Parliament. Once you’ve mastered these tasks, you can, as the jargon goes, move ‘downstream in the food chain’ by playing the “transport and the supermarket games”. What fun! 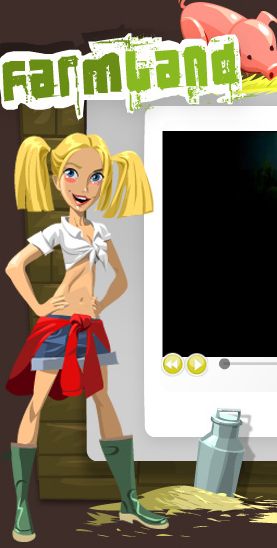 Your guide on this recreational adventure will be a character called Bérénice, a charming young farmgirl (pictured, left), who I must say bears an uncanny resemblance to the young Mariann Fischer Boel (herself from farming stock). If you share your workspace with others you may wish to take the precaution of plugging in your headphones as the game features some very realistic animal noises and a rather disturbing New Age soundtrack. But then again, why not turn your speakers up to maximum and share the zany farmyard ambiance with all your co-workers?

With most of Wednesday’s all-night session of the Agriculture Council spent in trilaterals between the Commission, the Presidency and individual member states, I gather there was a lot of down-time for national delegations. Could it be that they wiled the night away playing Farmland: The Game? I think we should be told.

One Reply to “A little light relief”