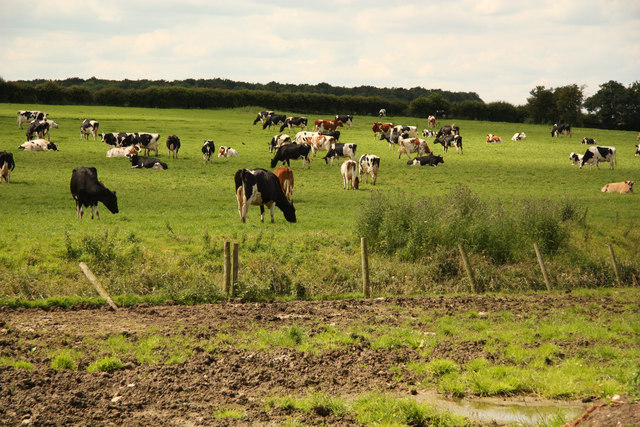 We are pleased to carry this guest post by Professor Berkeley Hill, Emeritus Professor of Policy Analysis at the University of London.
The surprise win by the Conservative Party in the 2015 General Election left it with the unwelcome obligation to carry out a referendum on UK membership of the EU. Political insiders believe this was one of the Conservative Party election manifesto proposals included to placate the right wing of the party, which David Cameron was intending to sacrifice in order to bring the Liberal Democrats into a renewed coalition government under his Premiership.
However, the Conservative Party won sufficient seats to enter government on its own. Added to this, the result of the referendum of June 2016 was contrary to the expectations of the Conservative government. So it was not surprising that the government departments responsible for agriculture in the UK (domestic policy is a devolved responsibility for the separate administrations in England, Wales, Scotland, and Northern Ireland) had no ready-made national policy plans on their desks which could be made operational in time for Brexit in, say, 2019 or 2020.
The February 2017 White Paper on Brexit contained nothing of detail but merely repeated the assurance that the UK budget would provide funding at existing levels for Pillar 1 (Basic Payments) up to 2020 and honour longer-term commitments made under Pillar 2 agri-environmental and similar agreements.
The public debate on what the UK’s national agricultural policies beyond 2020 should look like is just starting. The trade aspects will remain uncertain for a long time; not only are there uncertainties about what future arrangements will be possible with the EU and other partners, but even extracting the UK from existing EU agreements presents issues of major complexity.
For domestic policy, which will become the responsibility of the devolved administrations, the unknowns are of a lesser order. A preparation can be made now.
The financing of a UK national policy will have to be justified to HM Treasury and thus have to stand examination alongside spending on health, education, defence and other government priorities. The surest way to do this is to start from the rationales for any government intervention in the economic system.
The case for agricultural policy

These are, firstly, to counter market failure that impacts on economic efficiency; this comes mainly in the form of externalities and public goods (which the market would not otherwise provide), deficiencies in information that prevent markets from working properly (such as inadequate knowledge by entrepreneurs of technical innovations or of prices) and imperfect competition (such as monopolies).
The second rationale is to achieve equity, such as by preventing families from falling into poverty; the core rational of the CAP in ensuring a fair standard of living for the agricultural community is of this sort.
The third is one of political economy, in that a particular intervention, though not justifiable in its own right, may be necessary in order to free up a more important change elsewhere; the introduction of direct payments to the CAP in 1992 allowed reforms in market support that might otherwise have been blocked by the agricultural industry.
A solid rationale is not enough to justify government intervention. There must also be a technical fix available – something that is capable of delivering the required impact – and there has to be a balance of probability that the additional benefits to society from action exceed the costs to society of taking that action.
Starting from these fundamentals, it is easy to identify some components that would be expected in principle to form part of domestic agricultural policy in Post-Brexit Britain. Market failure lies behind many of them. This applies inter alia to actions to promote the rural environment, animal welfare, the provision of education, knowledge transfer, training in business skills and advice, the prevention of pollution, and support that enables farmers to cope with natural disasters and man-made catastrophes.
The argument is less about whether such elements are needed within domestic agricultural policy agenda and more to do with the nature and extent of the intervention. For example, is legislation to promote animal welfare with fines for contravention to be preferred to financial incentives for good practice? To help farmers cope with losses caused by extreme weather should the government step in on an ad hoc basis after the disasters have happened (the UK’s traditional approach), or should it support the costs of premiums for pre-arranged insurance that otherwise farmers would not be willing to pay (assuming that such cover is commercially available), or should some novel (to the UK) scheme of assistance be contemplated (such as support of a mutual organisation)? Whichever route is taken, HM Treasury will need to be convinced that the additional anticipated public benefits from intervention will be at least equal to the additional public costs incurred.
Thus it would be reasonable to expect that post-Brexit UK agricultural policies will contain many (though not all) of what currently appears within Pillar 2 Rural Development Programmes, the balance varying among the constituent countries according to local priorities.
The future of direct payments

However, what about Pillar 1 and its main element, the Basic Payments that the occupiers of agricultural land receive? These dominate overall public spend on UK agriculture – more than half the total. Though there has been a vigorous attempt in recent years to paint CAP direct income payments green by linking them with the delivery of some environmental benefits, these could probably be delivered much more efficiently by targeted agri-environmental payments.
Mostly, Basic Payments constitute income support for which there is no public benefit in return, and thus rely on the equity argument for their justification, the assumption being that without them the standard of living of the recipients would be unfairly low. Though in some other EU countries a welfare case might be put together for such payments to farm operators, this would be near impossible for the UK. As a group farm households have been shown on numerous occasions to be not only a relatively high-income group in British society but also an exceptionally wealthy one.
While there are undoubtedly some low-income farm families, even if the good years of farming are averaged with the bad (averaging for tax purposes over 5 years is now allowed for UK farmers), support to them via agricultural payments is a very inefficient way of providing assistance; the present approach involves making much larger payments to families that are, by any judgement, hugely above poverty lines even if their Basic Payments were stripped away. Poor people who happen to be farmers should be the subject of national social welfare policy, not agricultural policy.
So it is unlikely that HM Treasury would sanction spending on blanket income support payments as part of post-Brexit national agricultural policy, and these should disappear as a major feature. Nevertheless some parts of the country facing environmental or social problems (such as remote hill areas) may make a case for payments related to farm area; it should be clear that these are in exchange for identifiable public benefits and are not income support per se.
Managing the transition

But there is a problem in that Basic Payments are a current reality and will exist up to the end of 2020. There is an issue in how to manage their withdrawal.
The simplest approach, recommended to Defra after a review of a range of possibilities, is to announce that they will cease on a certain date. Farmers have been shown in numerous studies to be highly adaptable to changing circumstances if they are given adequate notice; governments will avoid accusations of misleading farmers into inappropriate investment decisions if a time horizon is chosen that is adequate to allow capital to be withdrawn without loss. Somewhere in the region of five to ten years would seem to be appropriate, though tapering may also form part of the exit strategy.
Are more complex transitional arrangements necessary or advisable? The short answer is ‘no’. Some have looked to the support systems of the USA and Canada as containing tools – in particular forms of subsidised insurance for revenue or income falls – that might be introduced in the UK as ways of easing the removal of Basic Payments. This may contain some political economy rationale, but it ignores the very different backgrounds as to why such schemes were introduced in North America: their types of agriculture, farm business structures, ability to use data extracted from farmers’ tax returns, and nature of insurance providers.
And transitional arrangements carry the distinct danger that they become permanent – the best example of this is the CAP’s direct payments that were introduced in 1992 to facilitate reforms in support to commodity markets but which were not time-limited and are still with us in a modified form.
So Brexit provides an unexpected opportunity to re-establish the framework of the UK’s domestic agricultural policy on sound economic principles. The need to be able to demonstrate market failure should dominate the agenda, and income support, in the few cases where it can be justified, transferred to social policy.
No doubt there would be some structural adjustments as Basic Payments, which tend to inhibit change, are withdrawn. However the end result should be an agriculture that is more attuned to the nation’s environmental objectives, more internationally competitive and more innovative, and capable of achieving these aims at a lower public cost, thereby freeing up resources for other pressing purposes.
This post was written by Berkeley Hill