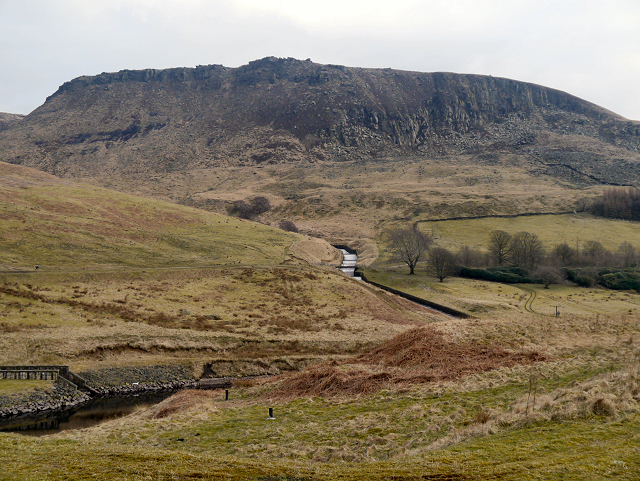 We are delighted to bring you this guest post by Professor Ian Hodge of the Department of Land Economy, University of Cambridge on the topic of UK policy towards agricultural land after Brexit. The views expressed are his own and should not be attributed to any organisation with which he is associated.

Brexit requires the United Kingdom to develop its own policy towards agriculture and rural land to replace the Common Agricultural Policy. This must recognise the multiple benefits and costs associated with rural land use and promote the integrated management of rural land in the long term public interest through a British Ecosystem Services Policy (BESP).

The UK must have a new policy for rural land

Over the past forty three years, agriculture in the UK has been subject to the guidance and control of the Common Agricultural Policy (CAP). As it has lurched from crisis to crisis, it has evolved from a policy focussed primarily on securing European food security through intervention in agricultural commodity markets towards a broader-based, more nationally differentiated policy concerned with the support of farm incomes and the promotion of sustainable farming. But this process is incomplete. Brexit offers a once in a generation opportunity to design a new approach that aligns with UK objectives and context and reflects new thinking about environmental governance.

The UK has advocated reform but reforms of the CAP have not gone far enough
The UK government has been consistently critical of the CAP, promoting a vision of a more economically liberal approach, targeted on the delivery of public goods. The UK position has always been some way from the centre of EU agricultural policy perspectives. British farms are generally larger, the population is more urbanised being primarily concerned with rural amenity, wildlife and public access rather than the status of the agricultural economy, and the economic orientation is more sympathetic towards more open international trade.

While the CAP has been through major reforms and there is much less intervention in commodity markets, it remains, at its core, an agricultural policy. And this was, if anything, reinforced in the last round of CAP reforms. Efforts to shift the direction of CAP towards a greater focus on the provision of public goods were largely unsuccessful.

While the 2013 reforms introduced ‘greening’, the conditions imposed are ineffectual. Agricultural change is still seen as the primary cause in the decline in wildlife in Britain. The 2016 State of Nature Report concluded that “Many factors have resulted in changes to the UK’s wildlife over recent decades, but policy-driven agricultural change was by far the most significant driver”.

Rural land use has major impacts well beyond the agricultural sector, but the impacts are commonly the primary responsibility of government departments other than the Department for Environment, Food and Rural Affairs that delivers agricultural policy in England. Responses to these impacts are not well integrated.

Wildlife conservation is a responsibility of Natural England. Agricultural land management directly affects water quality and the rates of run off that exacerbate flood risks but water quality and flood prevention are the responsibility of the Environment Agency. The Government has a target for the expansion of forestry, which falls under the remit of the Forestry Commission. The control of development in rural areas and the protection of hedgerows are responsibilities of local authorities.

These various interests interact in complex and different ways within particular localities. The services and disservices that arise are highly interrelated, particularly through the use and management of rural land. The conflicts and synergies amongst ecosystem functions should be accounted for in land management decisions.

Agriculture itself is a provider of ecosystems services, particularly of provisioning services in the form of marketed commodities. It can be seen as both enhancing ecosystem services, such as in the maintenance of valued landscapes or valued habitats and diminishing them, such as through reductions in water quality or emissions of greenhouse gases. The management of the ‘ecosystem’ as a system recognises these interrelationships.

An ecosystems approach starts from a recognition that these different social costs and benefits derive from a common source within particular places. Central government cannot direct optimal responses at the local level. Local values, trade-offs and solutions have to be worked out against local interests and local priorities. Of course, there are national priorities and red lines that will constrain and influence the decision making domain of local decision makers. So national interests will always share influence alongside local stakeholders.

A policy for the provision of public goods does not go far enough. The idea of public goods uses a metaphor of the market. The non-rival and non-excludable characteristics of public goods raise the transactions costs of a private market requiring government intervention or institutional change to make up for the missing market. But this requires that there is an identifiable product for which a market can be conceived.

Sustainable management of the environment needs to take account of the underpinning supporting ecosystem services. These may be a long way from any potentially marketed output and yet are critical for the long term health of the system. This leads to arguments that policy should seek to promote resilience, not simply maximise known values.

A British Ecosystem Services Policy (BESP) would start from the aim of supporting the long term social value that is delivered from ecosystems in the UK. The policy would adopt a territorial rather than a sectoral perspective. Policy would be more decentralised and implemented with regard to the governance of ecosystems within particular localities.

Of course, agriculture would continue to be a key focus for BESP. Domestic agricultural production is critical as a major source of income, as an input into the food sector, as a factor promoting food security.

Recent concerns have re-emphasised the importance of production, especially in response to longer term concerns about the capacity of global food supply to meet rising demand. This is reflected in the shift towards sustainable intensification. Government has an essential role to play in supporting research and development and in the dissemination of information and innovation. It also needs to maintain its regulatory roles in respect of livestock and plant disease, human health and safety, animal welfare, food standards and the food supply chain.

But a BESP challenges farmers’ automatic entitlement to receive direct payment. Rather it encourages land managers to search for the ways in which their land can provide social value. For the majority of farmers and of farm income, this will be through the production and sale of marketed commodities. However, alongside this, BESP will offer payment for the delivery of public goods and the promotion of resilient ecosystems.

Fixed direct payments paid at the same rate across all land would be phased out to be replaced by a system of payments to maintain socially beneficial land uses. A BESP demands a more explicit reflection on the reference level of property rights – what are the rights and duties that come with land ownership and occupation? Should land owners be paid to keep their land in ‘good’ condition? Payment would be for actions that go beyond the reasonable expectations for good land stewardship.

A new scheme for payments would include direct payments to farmers in order to maintain agricultural management of the land where this generates net social benefit and is not profitable under ruling market institutions and prices. This might cover much of the uplands, National Parks and Areas of Outstanding Natural Beauty.

The approach would initially be in the form of an expanded agri-environment programme supporting the delivery of landscapes, biodiversity, flood protection, public access, archaeological conservation, farm open days and educational visits, higher water quality standards, and so on. Projects and schemes need to be developed and funding provided to deliver targeted outcomes within defined locations.

But, increasingly over time, BESP will embrace a broader variety of approaches that would not have been possible under the CAP and the watchful eye of the European Commission. Support might be provided for the administration of large scale conservation areas by non-farming groups, to support the long term withdrawal of land from agriculture or to pay for the implementation of conservation covenants for the permanent protection of conservation sites. At the same time, support for rural development can be more fully decoupled from the agricultural economy.

There would be greater and longer term support for locally based collective initiatives, building on the experience of Nature Improvement Areas, Landscape Partnerships, Commons Associations or River Basin District Liaison Panels. Such groups would be encouraged to adopt a wider perspective across sets of ecosystem services and to engage with a more varied groups of stakeholders. There will be lessons from the experiences of National Parks in the governance of local environments.

Freed from the constraints of the CAP, funding can be provided to non-farmers and to cover necessary facilitation and administrative costs. Funding should be delivered through longer term programmes rather than separate short-term projects to support the development of social and institutional capital. There should also be more experimentation with novel institutional arrangements, such as for payments for ecosystem services or conservation covenants in order to learn lessons about local and devolved governance possibilities.

BESP is not a policy that can simply be switched on immediately. Rather it represents a longer term goal. It demands a different system of governance, more collaborate, adaptive and devolved. We currently lack the institutions for the governance of a spatially decentralised policy that can take account of the values and preferences of local stakeholders and make the necessary trade-offs in a transparent, accountable and democratic way. But Brexit offers a unique and unrepeatable opportunity to set out on that journey, free from the demands and constraints of 27 other different and competing interests.