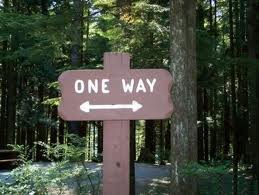 However, as expected, individual member states differ significantly regarding the share of their rural population. The largest proportion of the population living in rural areas can be found in Ireland (73%), Slovakia (50%) and Estonia (48%). As another side of the coin, the largest share of the population living in urban areas can be seen in Malta (100%), the United Kingdom (71%) and the Netherlands (71%).

This situation is an outcome of a longer structural change and has several reasons like ageing society, lack of rural job opportunities, economic development patterns, etc. What is for sure is that EU rural development policy could not reverse these trends and was not effective in retaining people in rural areas. The second pillar of the CAP supported farming, agri-environmental programmes, economic diversification and the quality of life in rural areas but all in all, rural residents have gone.

What I find a basic problem here is that no one knows what rural development is really about. Some say it is about farm competitiveness enhancement, some suggest it deals with the environment and again some argue it seeks to increase quality of life. Currently it seems that RDP is confusing many different issues without clear targets. What is more, Eurostat figures suggest that current priorities in rural development show little evidence of recognising the problems experienced in rural areas. In allocating the vast majority of resources to the current first two axes, problems touched upon in the third axis, which are more about the essence of rural development, can not be properly tackled. Although many measures in the first two axes also have a number of second order effects, they are not well-targeted towards improving the standard of living of rural people. It is disappointing, for instance, that one of the most pressing issues in rural areas, namely rural poverty, seems to be side-lined. Are we sure that rural development is doing what is should be doing?

Unfortunately, the future does not appear to change in this regard. Most of the eleven thematic objectives and six rural development priorities proposed by the Commission are again about different issues which will maintain confusion. The debate is again about small details and not about the whole design. With such a broad spectrum of targets, I wonder who will evaluate (and on what basis) in the future whether public money spent on rural development has led to the achievement of the policy’s aims or not. By definition, a good policy should contain four elements: problem identification, design, implementation and feedback. I would be glad to hear which of these is working well in the case of rural development.

One Reply to “What is rural development about?”