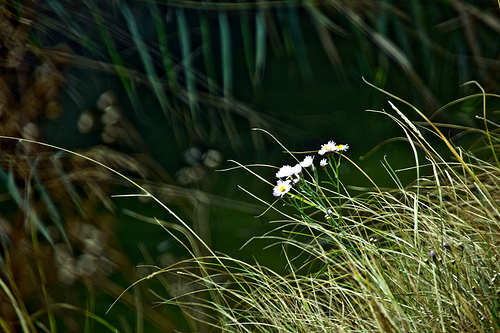 The Agricultural Council meeting on 18 June 2012 held a discussion on the proposed rural development regulation in response to a Presidency questionnaire. One of the questions posed by the Presidency was:

The press release following the meeting highlighted the range of views in the Council on these issues:

Member states broadly support the principle that the CAP should significantly contribute to addressing the challenges concerning environment, biodiversity and climate change mitigation and adaptation. However, member states opinions were divided over setting a threshold in recital 28 of the rural development proposal, where the Commission suggests, as a guideline that member states spend a minimum of 25% of the total contribution from the EAFRD to each rural development programme on climate change mitigation and adaptation and land management. The Commission made it clear that this was not an obligation but an indication since there could be member states who would spend more and others who could spend less but still achieve the environmental objectives. Some delegations opposed a minimum requirement while others welcomed the proposal and suggested that a binding obligation be set for all Member States. Some delegations requested even the percentage to be increased to 50%. A number of member states thought its scope should be extended to include, among other things, payments to Natura 2000, the water framework directive and forestry actions.

Member States should maintain the level of efforts made during the 2007-2013 programming period and have to spend a minimum of 25% of the total contribution from the EAFRD to each rural development programme for climate change mitigation and adaptation and land management, through the agrienvironment- climate, organic farming and payments to areas facing natural or other specific constraints measures.

This proposal is made in the context where the Commission proposes to abandon the previous axes approach with minimum amounts of spending on each axis to one which identifies six Union priorities for rural development, two of which have explicit environment and climate change objectives. These would be restoring, preserving and enhancing ecosystems dependent on agriculture and forestry, and promoting resource efficiency and supporting the shift towards a low carbon and climate resilient economy in agriculture, food and forestry sectors.
There are potentially four outcomes for the legislative authority:
– To accept the Commission proposal to keep the percentage figure as a guide
– To eliminate any percentage reference in the preambular recital
– To strengthen the Commission proposal by also including the 25% percentage figure in the legislative text
– To include a higher percentage figure in the legislative text (a 30% figure is recommended in the Capoulas draft rapporteur’s report to COMAGRI)

The argument of the Commission and some member states for removing the mandatory 25% requirement is that it is not consistent with the results-oriented approach which should be applied to rural development programming in future. Commissioner Ciolos argued that requiring a minimum level of expenditure was no guarantee of a satisfactory environmental outcome. Many member states made the argument for leaving it up to them to decide on their priorities.
Stating a desired percentage in the recitals would presumably give the Commission some leverage when signing off on future rural development programmes of member states. Although there would be no mandatory requirement, a member state which opted out of spending on climate change mitigation and adaptation and land management would have to justify to the Commission why it wanted to spend less than the 25%.
How constraining is the Commission’s proposal?

Some member states were content to live with the 25% figure either in the recital or introduced into the text provided the measures covered by this percentage were defined sufficiently broadly.
Update: After a more careful reading of the recital in the Commission regulation quoted above, I have revised this section compared to the original post. The second part of the recital makes clear that the only measures which would count towards the 25% are agri-environment-climate (Art 29), organic (Art 30) and payments to areas facing natural or other specific constraints (Art 32). So the Commission’s proposal is more restrictive than I had argued in the original version of the post. Member states can draw on just these three measures to contribute to a 25% target set for climate change and land management objectives.
The Capoulas Santos argument for strengthening the requirement

The COMAGRI rapporteur’s report calls for tighter limits on agri-environment-climate spending. It will be interesting to see how this proposal fares in that committee. Capoulas Santos advocates that at least 30% of the total EAFRD contribution to the rural development programme should be reserved for measures under Articles 29, 30 and 31 covering agri-environment-climate, organic farming and Natura 200 and Water Framework Directive payments (Amendment 68). Thus he would add Art 31 (Natura 2000 and Water Framework Directive) payments but exclude Art 32 payments from the measures which would count against his higher 30% target.
He justifies this by noting:

In view of the most effective delivery of public goods through targeted payments, a provision of mandatory minimum percentage for agro-environment-climate measures should be foreseen not only in a recital, but in the corresponding article. Given the proposed transfer of unused “greening” funds to AEM, the current provision of attributing at least 25% to “Axis 2” measures should be slightly increased. Support for LFA should not be included in this provision, as it is a compensation for natural disadvantages, which is not linked to any additional (environmental) requirements.

There is a suspicion (voiced in the Council debate by the UK Minister) that some member states would decide that the new greening payment in Pillar 1 met their greening objectives and would take advantage of the removal of any reference to a minimum percentage spend on environmental measures to reduce their level of Pillar 2 spending on agri-environment, thus limiting the overall environmental gains from this CAP reform.
The concern is not less valid even if it is voiced by member states with already high Pillar 2 agri-environmental spending which will not have difficulty in meeting a recommended or mandatory target.
Member states want flexibility in rural development spending on the grounds that they know their local circumstances best. Indeed, this is an excellent argument. But it is also an argument for devolving rural development spending back to the member states.
If some member states want to grant aid investment in physical assets, or to support installation of young farmers, or even to support farming in areas facing natural or other specific constraints, it is hard to see what is the Community value added in these activities. They have ended up in Pillar 2 as a result of the particular path of CAP reform. Under the subsidiarity principle, these are decisions, and funding, which should be left to the member states to decide under Community-wide state aid guidelines.
Pillar 2 should only finance activities where there is clear Community value added either because of spillover effects or efficiencies in implementation, or to help meet objectives imposed on member states by Community legislation. Climate change and biodiversity measures qualify on these criteria.
It is precisely because of the Community interest in these objectives among the mish-mash of the many other measures included in Pillar 2 that the Capoulas amendment should be supported.
The webcast of the Council discussion is here.
Photo credit Geomangio