The biggest driver for further reform of the CAP is budgetary. At a time when most governments are struggling with vast budget deficits, public expenditure is under pressure as never before. Policy-makers are looking for ways to trim budgets, to get better value for public money and to ensure that budgets are aligned with their most pressing policy priorities. Several years ago the commission initiated a ‘fundamental’ review of the EU budget and it is expected that this will set the scene for the debate over the EU’s finances from 2014 onwards. The views of member states are critical, as they hold the EU’s purse strings. James Clasper and I have this week published a new analysis of the views of member states on the EU budget and the CAP, based in part on their responses to the budget review consultation. As part of the analysis we created a typology of member states, with five categories: Gold Diggers, happy to reap the benefits of integration and let others pick up the tab; Misers, fans of budget discipline and a smaller CAP, but keen to claim compensation for their net balance deficits; Big Spenders, who want an ambitious budget but are prepared to pay for it; Modernisers, who want to keep the budget under control but also to simplify its structure and Fence-Sitters, quick to pay lip service to the idea of budgetary discipline, but still keen to maintain CAP spending levels. 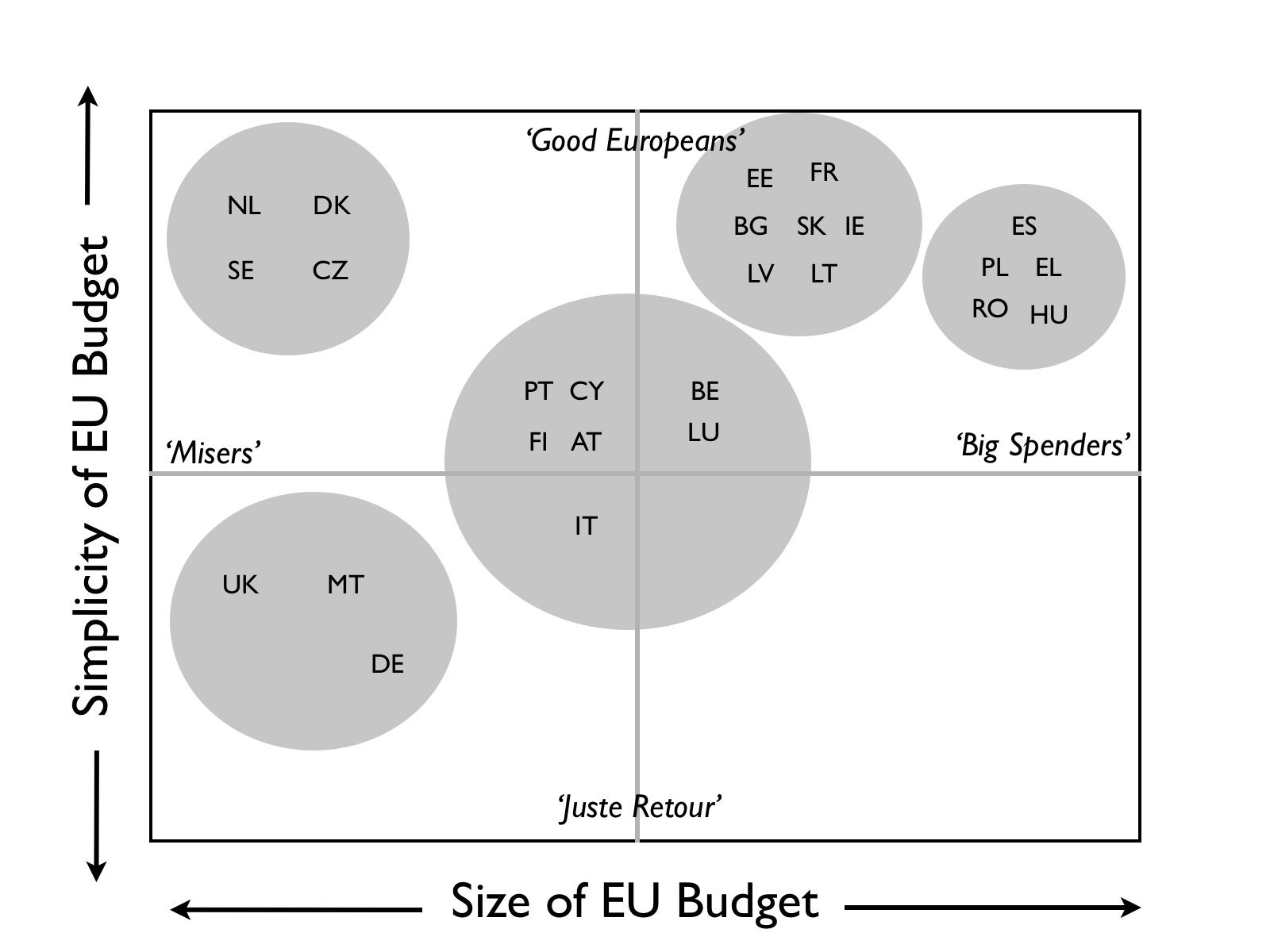 You can read a summary of the report at European Voice, or download the report in full over at followthemoney.eu.