Agriculture Commissioner Mariann Fischer Boel has announced she’ll not seek a second term in office. Unlike predecessors Franz Fischler and Ray MacSharry there is no round of CAP reform named after her and perhaps it is to make up for this that the Commission has just published a new leaflet. 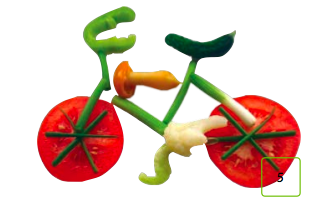 It has some explanation of EU agriculture policy under the watch of Mrs Fischer Boel, along with some pictures including a delightful bicycle composed entirely out of vegetables. This is a great example of carbon-neutral transport and Europe’s horticulturalists are no doubt relishing the commercial opportunties presented by supplying components to the bicycle manufacturing industry. I expect it is a concept dreamed up by the same folk who brought us the EU’s biofuels targets. Good to see the fonctionnaires keeping busy over the summer break!

The final page features a road sign proclaiming “The Future” (see below). I can already picture in my mind’s eye Mrs Fischer Boel pedaling off into the distance on her vegetable-bicycle and I am certain that readers of this blog will join me in wishing her a long and happy retirement.

You can download the English version of the leaflet here (it’s also available in all 21 community languages), or, like me, you could start scouring Ebay. I feel certain that one day a signed copy will be a valuable collectors item. 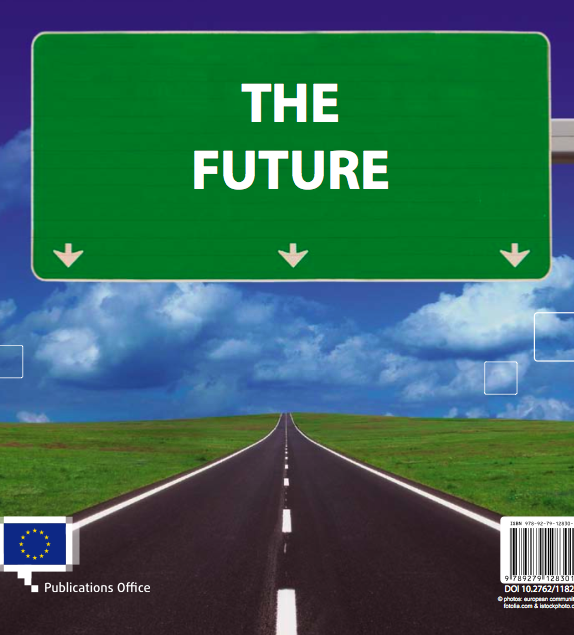