Britain’s National Farmers’ Union is noted for its strategic, long-term view of agricultural issues. Its officials have a sophsiticated, well informed view of developments and it was therefore interesting to read an interview in the latest edition of Farmers Weekly with the NFU’s head of economics and international affairs, Tom Hind. He was at one time acting head of the NFU’s office in Brussels.

Not surprisingly, he takes the NFU line that farmers need to continue to receive the single farm payment (SFP) to give them a degree of income stability, especially faced with volatile markets. A basic tenet of agricultural economics is that markets for farm commodities are relatively unstable: to put it at its simplest, even with modern agronomy, the weather remains a factor which can disrupt such markets. If one accepts the view that farmers as a category require market stabilisation measures (which is not quite the same thing as income stabilisation), there is still room for a debate about whether the SFP is a particularly efficient or fair policy instrument, but it could be argued that we have to work with what we have.

In any event, he is confident that the long-term legitimacy of direct payments will be strengthened during the upcoming debate about the future of the CAP. He is emphatic that decision-makers in the UK ‘must move away from ideologically entrenched positions, especially on phasing-out direct payments.’ Not surprisingly, he is heartened by the declaration made by 22 EU governments in Paris in favour of a strong CAP. It’s a document short on specifics, but it really represents a political commitment, rather than a set of policy recommendations.

It is interesting that he does fear some further renationalisation of the CAP which many member states pushed during the health check. He notes that in recent weeks several governments have resorted to state aids to give support to their farmers. He is correct to point out that such activities can lead to competitive distortions between member states and hence undermine the single market. What particularly concerns him is the possibility of national co-financing of direct aids. With justification, he fears that UK farmers would lost out as the Treasury would not be keen to top up direct support.

He does oppose direct payment schemes that used farm size or turnover for determining levels of support. He says that such criteria are ‘woolly’ and they are certainly difficult to interpret and apply in practice given the legal and other issues surrounding what constitutes ‘a farm’. However, the real objection is that Britain is one of the countries that would lose out. If one is going to have farm subsidies, and one wants European agriculture to be competitive, should they be denied to the farmers best placed to compete on international markets? 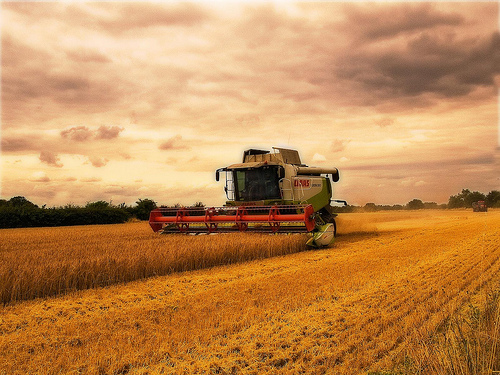 Where I have particular sympathy with him is when he says that what is wanted is a policy focused on the market. This does not mean just decoupling, but also correcting market failures such as excessive retail power. Whether the EU can do much about this is another question. In large part it falls within the competition policy remit of member state governments, but they are often reluctant to rein in retailers who keep down inflation by delivering cheap food to voters, albeit by usually contractual and other tactics that are arguably unfair and not in the long-run interests of an efficient and effective food chain.

Clearly someone like Tom Hind is looking at these issues with the needs of his members in mind: that is what he is paid to do. Most of us wouldn’t start from where we are and a sudden withdrawal of subsidies could have substantial negative impacts on the agricultural economy.

Nevertheless, modern farmers are much more market oriented and are aware that they have to deliver products that the consumers want: hence the proliferation of farm shops and small-scale processing businesses serving niche markets with value added products. Hopefully, they can eventually be weaned off subsidies, particularly if competition policy is used to remove unfair practices.