DG Regio’s compendious Fifth Report on Economic, Social and Territorial Cohesion contains a pair of maps looking at CAP expenditure by region.
The first shows the level of Pillar 1 spending per hectare of farmland in in each EU NUTS-3 region over the period 2000-2006. 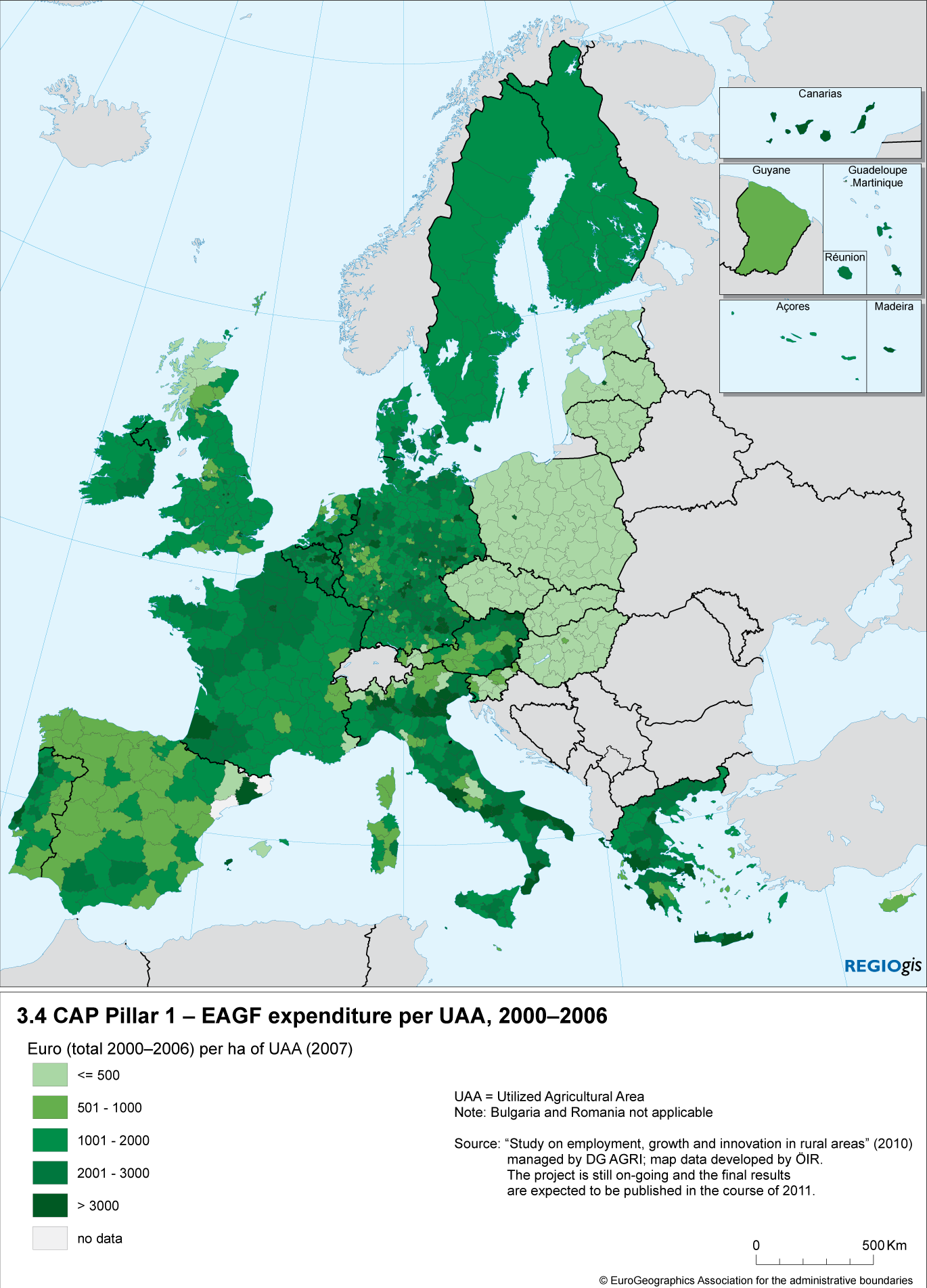 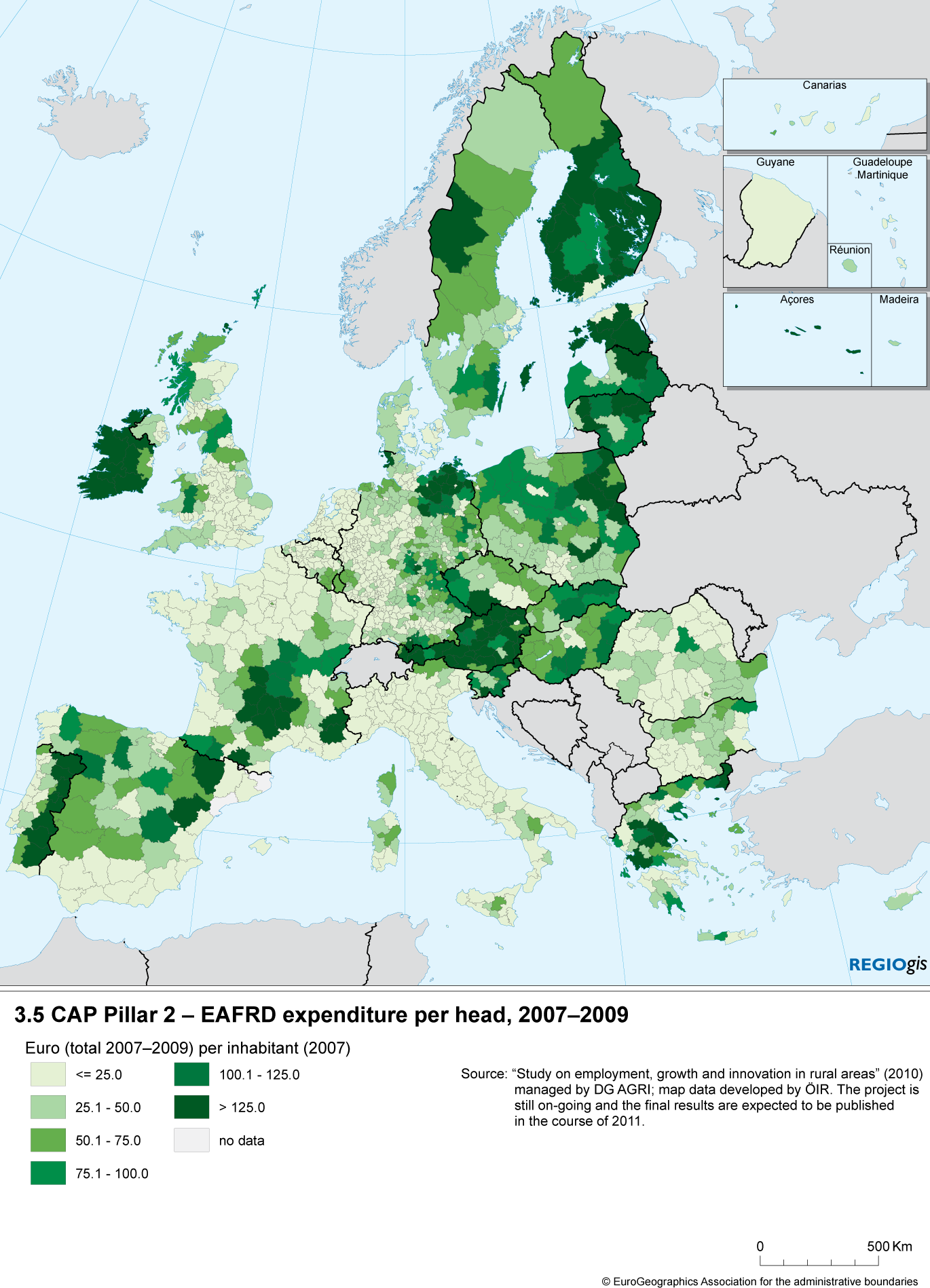 What do the maps tell us? The first map shows the uneven distribution of direct aids among EU regions of the EU-15. Spain seems to do relatively badly on this score and there is a striking east-west divide in Portugal. Italy resembles a green patchwork quilt, indicating that payments vary considerably among regions. Since the map shows spending from 2000 to 2006, it doesn’t tell us much about the CAP in the new member states, which only joined the EU in 2004.
The second map shows that Austria gets a large amount of EU rural development funding per inhabitant, reflecting a funding formula that takes into account previous national commitments to farmland conservation measures. Ireland also gets a healthy share, as does the regions of the Massif Central in France. German rural development spending is concentrated in the former German Democratic Republic and eastern Poland and the Baltic states and Finland can be seen to do relatively well. Romania and Bulgaria, which have perhaps the greatest need, do relatively badly, it seems. Measuring spending per inhabitant can perhaps be questioned – why not spending per ‘rural inhabitant’, seeing as this is a policy targeted at rural areas?
While the maps are interesting in themselves, Commissionologists will find it significant that DG Regio is wading into a policy area that is nominally run by another DG. I’ve said it before, but this must be welcomed: the CAP is too large and too important a policy to be left to ministries of agriculture.