On the letters pages of this week’s European Voice, Ariel Brunner, head of EU policy at Birdlife International, has launched a stinging attack on the European Parliament’s agriculture committee. It’s worth republishing in full.

The result of this week’s vote on George Lyon’s report, ‘The Future of the CAP after 2013’, is clear evidence that the European Parliament’s Agriculture Committee is more interested in protecting the privilege of vested interests than creating a policy fit for the 21st century.

The report robustly defends the direct payment system, yet provides no evidence for its claims that direct payments help ensure European food security, meaningfully stabilise farming incomes or secure environmental benefits. All of these claims can, and must be challenged. Direct payments have virtually no link to food production and European Commission studies have shown that if they were withdrawn, food production in the EU would not be affected. Arguing that direct payments underpin food production, and food security in the EU, is therefore just wrong. Secondly, most direct payments go to a small minority of EU farmers who neither require help nor deliver most for society through environmentally valuable farming systems. The claim that direct payments support environmental service delivery is also misplaced. There is no relationship between the level of payments and the quality of farming practices. The cross compliance system, which at least attaches certain rules to the receipt of subsidies, is riddled with loopholes and poorly enforced. Reading the Parliament’s report, one gets the impression that defending the current highly skewed and unjustifiable distribution of payments is the only priority, with no regard to what these payments are actually for. 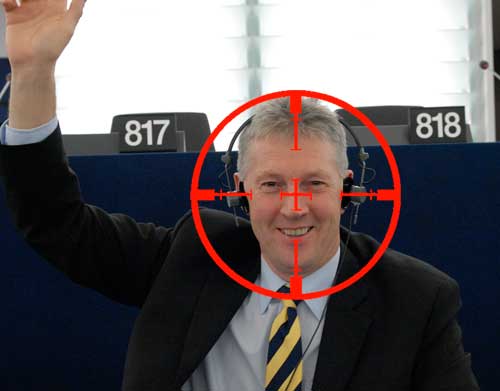 There is a clear role for the CAP to encourage and support farmers to adopt more sustainable methods of production and yet the report abjectly fails to call for this. Indeed, the Committee actually voted against an amendment which highlighted measures the CAP should support, from enriching our soils and using water efficiently to protecting carbon stores and areas of wildlife habitat. By rejecting this amendment, the Committee has sent a stark message that it does not care about the environment or the natural resource base upon which food production, and our long-term food security, depends.

The Agricultural Committee’s choice of sticking its head in the sand and protecting the status quo risks robbing the CAP of its legitimacy and sending the parliament into a dead end during the upcoming negotiations on the new EU budget. If the leaders of the European political groups are serious about giving the European Parliament a meaningful role in shaping Europe’s future, they must wake up, take the CAP debate out of the exclusive domain of the traditional farm lobby and make it finally relevant to all of society.