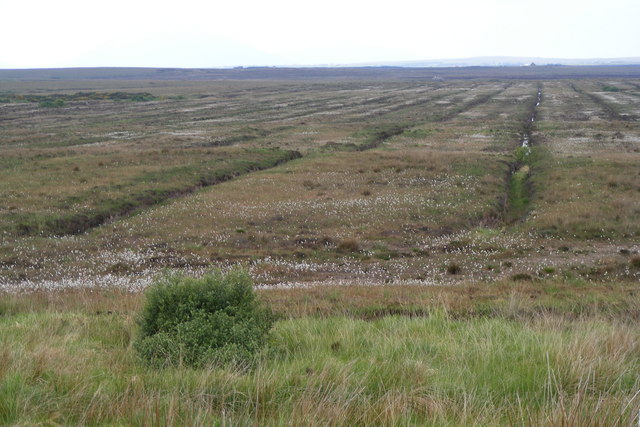 Last week both the AGRIFISH Council and the European Parliament agreed their negotiating mandates to enter the final stage of the approval process for the framework of the future CAP, thus opening the way for the trilogue process with the Commission to reach final agreement on the CAP legislation in the early part of next year.

Agreeing these positions was not without drama in either the Council or Parliament. The Council press statement announcing that its negotiating position had been agreed was issued at 04.43 on Wednesday morning 21 October 2020 after an extra night of negotiations following its two-day meeting. The voting on the Parliament’s amendments took place during the week under intense lobbying, and with cries of foul directed at the voting procedures used.

The very first amendment voted (AM1147) tabled by the Greens political group called for the rejection of the Commission proposal but only gained the support of 24% of those voting. The three main political groups, the EPP, S&D and Renew Europe, then introduced their compromise amendments which were largely voted through.

Green NGOs were particularly negative about the voting outcome in the Parliament, with the hashtag #VoteThisCAPDown circulating prominently on social media. Birdlife Europe dubbed it the ‘kiss of death’ for nature. WWF Europe perceived that the co-legislators had diminished the basic environmental conditions attached to EU farm subsidies. Greenpeace argued that the European Parliament had signed a death sentence for small farms and nature. Friends of the Earth Europe described the two votes as a historically bad week for the future of farming. ARC2020 concluded that the Parliament and Council had ignored the Green Deal and, by extension, the biodiversity and climate crises to which it is a response.

How one assesses the positions of the Council and Parliament depends on one’s standpoint and the counterfactual. Relative to a CAP policy framework that would really incentivise and support farmers to transition to a more sustainable agriculture as outlined in the European Green Deal, the negotiating mandates fall short. Many Member States and MEPs still prioritise the income transfer function of the CAP at the expense of downplaying the urgency of addressing the loss of biodiversity, the need to reduce greenhouse gas emissions and to close nutrient cycles.

Finally, if the benchmark is taken as the current CAP, the negotiating mandates will result in some limited progress towards a CAP that is more effective, fairer, and greener. We can agree that the pace of change is too slow and the level of ambition too low but, despite its many weaknesses, the CAP outcome based on these negotiating mandates will still be a step forward rather than a step back. It will be important now for the Commission to hold firm in the trilogues, to support those elements which advance its objectives and to try to strike down those elements that weaken them. Ultimately, much will depend on the way Member States use the new provisions when designing their CAP Strategic Plans.

We must also remember that the CAP legislation does not stand in isolation. Complementary legislation and initiatives aiming to promote climate action, reduce use of and dependency on pesticides, raise animal welfare standards, and enlarge and better manage protected areas, will be shortly introduced. Targets in these areas are, for the most part, not directly included in the CAP legislation but there will be an indirect reference through Annex XI of the CAP Strategic Plans Regulation. This lists the environmental and climate legislation to whose objectives the Strategic Plans must contribute. This cross-referencing of targets in other legislation is an important innovation that will increase the coherence of agricultural, environmental and climate policy over time.

In a series of posts, I plan to undertake a comparison of the Council and Parliament amendments to the Commission’s proposal, as well as with the current CAP, for selected elements covered by the CAP Strategic Plans Regulation. There are also further amendments to the Common Market Organisation (CMO) Regulation and the Financing, Management and Monitoring (FMM) Regulation that are important. In this post, I start by highlighting changes to definitions that may seem arcane but can have wide-ranging ramifications. These are by no means the most important amendments voted in the past week, but they should not be overlooked.

Definitions are important in establishing the scope of the CAP legislation. Below is a tabular side-by-side comparison of the different positions of Commission, Council and Parliament compared to the status quo with respect to some important definitions.

Agricultural activity. The Commission proposal retains the notion that agricultural activity is about producing crops and animals but also includes maintaining land in a condition suitable for grazing or cultivation without production. This is an important justification for the EU’s notification to the WTO of its direct payments as decoupled payments . Short rotation coppice is added as agricultural production, while the Parliament would add paludiculture (the practice of agriculture and forestry on rewetted peatlands). The main change is that Member States are no longer required to specify a minimum activity to be carried out on land not used for production. Both Council and Parliament accept the Commission’s proposal. This seems to be a simplification measure rather than one that will have an environmental impact.

Eligible area. To be eligible for payments in the current CAP land must be either used for agricultural production or be capable of this. This requires farmers to exclude from their agricultural area non-productive features as well as deliberately removing vegetation that might otherwise make the land ineligible. Both features have been criticised by ecologists as undermining the objective to protect biodiversity.

Permanent grassland. When CAP payments were based on the number of animals on a farm, there was no need for a formal definition of permanent grassland. But once payments were decoupled in 2003 and payments were shifted to an area basis, defining the area used for grazing became essential. Permanent grassland was originally defined as land used to grow grasses or herbaceous forage that was not included in the crop rotation of a holding for five years or longer. In the original 2013 CAP Regulation on direct payments Member States were given the option to consider other species such as shrubs and/or trees which can be grazed as part of the area provided that the grasses and other herbaceous forage remain predominant. The inclusion of these areas in the Land Parcel Identification System had to be justified either because they were traditional practices or were important for the conservation of habitats (Commission Delegated Regulation (EU) No 639/2014 Article 7).

This was still considered too restrictive. In the Omnibus (Agricultural Provisions) Regulation 2017 Member States were given a further option to also include (i) land which can be grazed and which forms part of established local practices where grasses and other herbaceous forage are traditionally not predominant in grazing areas; and/or (ii) land which can be grazed where grasses and other herbaceous forage are not predominant or are absent in grazing areas. The intention was to recognise the ecological and agricultural value of some areas with extensive traditional pastoral/agricultural systems. Four Member States (Greece, Spain, France and the UK) have made use of this option.

Rather surprisingly, the Commission in its proposal opted to return to the original 2013 definition putting aside the 2017 update. Less surprisingly, both the Council and Parliament propose to reinstate the 2017 extension. I have not seen any analysis of the environmental effects of the 2017 decision in the four countries that adopted these more extensive definitions, but one would expect the environmental impact of the Council and Parliament amendments to be positive.

Genuine (active) farmers.  The concept of active farmers was introduced in the 2013 reform to try to limit the leakage of payments to beneficiaries deemed to be non-deserving. The 2013 legislation originally set out a negative list (including airports, sports fields, railways etc) that could not receive support and Member States could add to this list. For example, Member States could exclude claimants with a marginal agricultural activity or whose principal activity/company objective is not agriculture.

The Commission proposal relabels the active farmer as a genuine farmer. It would make mandatory what is currently an option for Member States that they should ensure that no support would be given to those whose agricultural activity forms only an insignificant part of their overall economic activities or whose principal business activity is not agricultural, while not precluding support to pluri-active farmers. There is no longer a requirement for a negative list, but such bodies would in principle also be excluded under this criterion. The Parliament supports this obligation but specifies that the Member State definition should ensure that no support is granted to natural or legal persons on the negative list.

The Council, in contrast, would make the definition of a genuine farmer entirely voluntary. If the practical benefits are limited as the Court of Auditors suggests, perhaps this is not such a big deal. The more relevant issue is large landowners and agribusiness companies being allocated such a large share of direct payments support, but this issue is not addressed by the definition of a genuine farmer.

Young farmer.  Young farmers are in line for a considerable increase in direct payments under the negotiating mandates, thus the way this group is defined is important. The Commission proposal removes the requirement that a young farmer should be establishing a holding or have done so within the five years prior to support. Now, Member States would set the definition, subject only to an age limit that cannot be greater than 40, and they must specify the appropriate skills and/or training required.

The Parliament accepts the Commission proposal but the Council seeks to make the obligation to specify minimum skills and/or training for a young farmer in receipt of additional direct payments optional for Member States. While this is the status quo, it is impossible to justify handing over taxpayers’ money to someone who demonstrates no qualifications to use this funding wisely. Ideally, one would require receipt of any top-up payment to a young farmer to be linked to a farm business plan that should also include a sustainability assessment and plan to improve sustainability. But that raises the question of the better targeting of direct payments, which will be the subject of a later post.

The Parliament would also create a new category of ‘new farmer’ that would include new entrants over the age of 40. These new farmers would not be eligible for special treatment with regard to the basic payment but could be supported through measures in rural development programmes.

Subsequent posts will continue this comparative analysis for other elements in the CAP legislative framework.