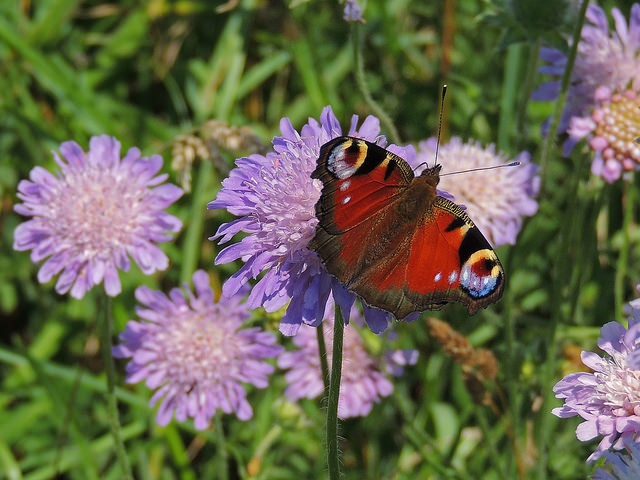 Today I had the pleasure of contributing to a panel discussion on the European Green Deal at the annual DG AGRI workshop on the medium-term outlook for EU agricultural markets, income and environment. This post consists of a slightly extended version of my remarks.

The European Green Deal is a growth strategy that aims to transform the EU into a prosperous, fair, competitive and resource-efficient economy, with no net emissions of greenhouse gases by 2050, zero pollution and a decoupling of economic growth from resource use. It is also a response to urgent challenges.

Despite progress in some areas, many trends in the farm and food sectors are going in the wrong direction. We are not on target to meet the 2030 Sustainable Development Goals relevant to food systems.

A central element of the Green Deal is the need to shift to a more sustainable system of agricultural production that minimises farming’s environmental footprint and does more to protect and sustain nature. The strategy foresees the creation of new opportunities for farmers in the bioeconomy as well as strengthening farmers’ position in the food chain. The intention is to set in motion incremental but irreversible change in European agriculture, while strengthening its resilience to possible future crises. While the specific quantitative targets can be discussed, the direction of travel is clear.

Many farmers will agree with the ambitions of the Green Deal but have concerns that achieving the targets will increase their production costs. Here it is important to be clear about the counterfactual. Continuing with business-as-usual will ultimately undermine the ecosystem health on which a productive and profitable agriculture depends.

Farmers face the prospect of ever-increasing expenditure on inputs to substitute for eroded soils, the over-exploitation of water resources, and the loss of pollinators, to tackle the increased risk of pests and diseases, and to cope with more variable and extreme weather events due to climate change.

Making space for nature, reducing pesticide use to protect pollinators, improving soil health to increase climate resilience, and so on, are not just compatible with but prerequisites for a healthy and profitable agricultural sector.

Improving resource efficiency and promoting the circular economy have the potential to be a win-win for farmers by reducing costs of production and by limiting expenditure on inputs.

The Green Deal will open new opportunities in the bioeconomy. Growing raw materials for medicinal or industrial use, or making use of food waste, can create additional income streams. Producing sustainable biomass for energy will have an important role to play in meeting the net zero emissions target. Carbon markets can reward farmers for sequestering carbon, although difficult questions around measurement and monitoring, verification, additionality, reversibility, transactions costs and ensuring accounting integrity remain to be resolved.

These are positive opportunities from a farming perspective, but in the short run limits on input use, the requirement to set aside land for nature, and higher animal welfare standards, will raise costs for farming and increase competitive pressures.

To understand this better, we turn to the economist’s concept of externalities. Negative externalities are costs that arise in agricultural production that are not paid by farmers but by society at large.

Under these circumstances, standard economic theory predicts that production will exceed the social optimum. Obliging producers to absorb these costs rather than expecting society to pay, as is required under the polluter pays principle written into the EU Treaty, is not imposing an additional burden on producers. It is removing an unwarranted and unjustified agricultural subsidy that has steadily devalued the stock of natural capital over time.

The possibility that meeting the Green Deal ambitions might lead, in the short term, to lower production levels in Europe is sometimes used as an argument to oppose or delay their introduction. Ensuring food security in Europe in the light of pandemics and other crises and securing increased food production to feed an expected global population of 9.7 billion in 2050 compared to 7.8 billion today are important objectives.

European agriculture should contribute to these objectives but must do so within its environmental limits and without risking human or animal health. It makes no sense to pursue the goal of increased production for its own sake without considering the impacts for the planet and health. European food availability at the aggregate level is not currently an issue even in the midst of the COVID-19 pandemic and, in any case, the immediate risks have more to do with transport and logistics than with issues that fall within the responsibility of the CAP.

The ambition of the Green Deal is not to restrict production, but to prevent pollution, avoid climate change, restore biodiversity and improve health. This will require accelerated efforts to develop and disseminate technologies and practices that increase agricultural productivity while reducing its environmental footprint.

Nature-based solutions associated with agroecology and regenerative agriculture offer one promising approach. Harnessing the potential of Agriculture 4.0 based on precision farming, smart farming and digital farming can also enable substantial savings on inputs and the reduction of farm-related GHG emissions as well as improving yields and quality. The award this year of the Nobel Prize in Chemistry to the two scientists who developed a method of genome editing underlines the potential of new biological technologies to contribute to Green Deal objectives.

Research using all these tools needs to be reinforced and brought together to provide alternatives to the overly chemical-based agriculture on which most farmers rely today. The intention under Horizon Europe to spend €10 billion on research and innovation on food, bioeconomy, natural resources, agriculture, fisheries, aquaculture and the environment as well as the use of digital technologies and nature-based solutions for agri-food is a good start but must be reinforced at national levels.

Depending on the relative responses of supply and demand, producers can recoup some of these higher costs from the marketplace. The extent to which this is possible will depend on the degree of competition from international trade. If other producers are not subject to the same standards and can produce more cheaply as a result, this could result in production shifting abroad.

Whether production offshoring would occur or not is an empirical matter. Producing to higher standards may be rewarded by greater consumer loyalty and willingness to pay a premium for European produce. Higher standards encourage technological innovation that can lead to the introduction of more productive and ultimately more profitable production practices. Trading partners can be encouraged to raise their own standards through international agreements.

Ultimately, there can be a debate whether access for third countries to the EU market should be conditional on exported produce meeting EU standards not only for product safety and quality (which is already the case) but also in the case of production practices. The proposal in the European Green Deal for a border carbon tax, although limited to sectors covered by the Emissions Trading Scheme and thus not relevant to food, is an example of such a measure.

Although the polluter pays principle is written into the EU Treaties, where to draw the environmental baseline is a political decision about the distribution of property rights. There is a case to mitigate higher costs for producers and to provide financial support for the green transition.

The most obvious source of funding at EU level is the Common Agricultural Policy, but additional sources of national funding, such as carbon tax revenues, will also be relevant.

The European Council’s MFF conclusions in July confirmed a small increase in CAP funding in current prices – €387 billion over the next seven years. Significant funding is thus available, it is a question how it will be used. Traditionally, most CAP funding is disbursed as income support in the form of area-based payments. These payments make an important contribution to business profitability on many farms. But this is not the most effective use of these transfers, given the scale of the challenges that farmers face in making the green transition, and the highly skewed distribution of these payments. Almost one-third of all payments go to just 125,000 holdings each receiving over €50,000 out of 6 million beneficiaries in all.

The European Commission proposal for the CAP post 2020 called for a radical shift in the governance of the CAP from compliance to performance. It set out three general and nine specific objectives against which performance would be measured. It maintained spending on area-based payments but called for greater environmental and climate ambition. It introduced a new green architecture, including eco-schemes in the first Pillar, to bring this about.

In its analysis of the consequences of the Farm to Fork Strategy for the next CAP, the Commission concluded its CAP proposal was already in line with the Green Deal ambitions for the food system. It warned against weakening some key aspects of its proposal, and supported the idea of ring-fencing a minimum share for eco-schemes in Pillar 1 of the CAP. The common positions of the Council and the Parliament agreed this week regrettably represent a step back from this ambition.

The design of interventions will also be crucial. Eco-schemes risk being top-up payments with little additionality. More use should be made of market-based approaches, particularly to incentive climate mitigation, and results-based payments, particularly to incentivise biodiversity protection. Governments should also build on the ambition in the F2F Strategy that “EU tax systems should also aim to ensure that the price of different foods reflects their real costs in terms of use of finite natural resources, pollution, GHG emissions and other environmental externalities”.

The Commission has stated that CAP Strategic Plans should set explicit national values for relevant targets of the F2F and Biodiversity Strategies. One might assume that this is how a performance-based policy would work, but also here there are apparent weaknesses in the governance of the new CAP as there is no obligation on Member States to set target values for impact indicators.

Where targets are set, they should be S.M.A.R.T. but also meaningful. The ambition that 40% of the CAP budget should be allocated to climate actions is S.M.A.R.T. but hardly meaningful, given the measurement method proposed by the Commission. The Parliament’s amendment to seek a more meaningful way of reporting on climate action before a possible mid-term review should be welcomed. The treatment of biogenic methane emissions from ruminant livestock should also be reviewed in the light of the latest science. Indicators for pesticide harm and farmland biodiversity also need improvement in the light of critical Court of Auditors’ reports.

It is also essential to monitor the progress being made towards more sustainable practices on farms. Here the Green Deal proposal to transform the Farm Accountancy Data Network into a Farm Sustainability Data Network expected in 2022 will be a critical milestone.

To summarise, in moving the Farm to Fork Strategy from ambition to action, we need five things:

Updated 22 October 2020. Now refer to an unjustified agricultural subsidy rather than environmental subsidy for clarity.

1 Reply to “Agriculture in the European Green Deal: From Ambition to Action”