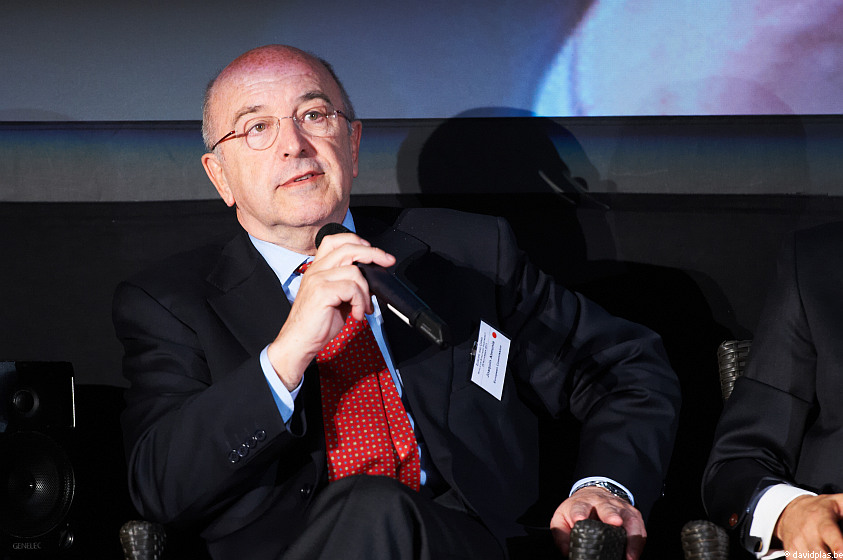 Recent volatility in food markets together with the perception that price changes are transmitted differently at different stages of the food chain have renewed focus on issues of market power and the limited bargaining strength of farmers compared to other actors in the food chain. European and national competition authorities have increasingly monitored the functioning of the food supply chain, enforcing competition rules where necessary.
Strengthening the role of producers was one of the objectives of the recently-revised single Common Market Organisation Regulation (EU) No 1308/2013. Producer organisations, associations and interbranch organisation can now be recognised for all agricultural sectors and not just in fruit and vegetable production. Member states are authorised to introduce the compulsory use of written contracts with a number of standard clauses in their legal systems. These rules apply to all sectors except for milk and sugar where specific sectoral rules apply. The rules on contractual negotiations (collective bargaining) first suggested for the milk sector as part of the ‘Milk Package’ were extended to the beef, olive oil and table olives sectors as well as cereals and some other arable crops.
Relationship between the CAP and competition policy

The new CMO regulation has also revised the relationship between the CAP and competition policy. This has always been a sensitive area. In principle, agricultural operators are subject to the standard EU rules on competition policy which are set out in Articles 101 to 106 of the Treaty on the Functioning of the European Union.
These articles prohibit agreements, decisions and practices which have the effect of preventing, restricting or distorting competition within the internal market. Specifically, they outlaw agreements, decisions and practices to directly or indirectly fix prices, limit production, share markets or apply dissimilar conditions to equivalent transactions with other trading parties. Successive CMO regulations have made clear that these rules also apply to agreements, decisions and practices which relate to the production of, or trade in, agricultural products.
However, they also allowed for three exceptions to this standard application of competition law. These applied to agreements, decisions and practices which might restrict competition but (i) which formed part of a national market organisation; (ii) which were necessary for the attainment of CAP objectives or (iii) which were concluded by farmers, farmers’ associations, or associations of such associations belonging to a single member state and which covered the production or sale of agricultural products or the use of joint facilities for the storage, treatment or processing of agricultural products, and under which there was no obligation to charge identical prices.
The Commission was given the sole power (subject to review by the Court of Justice) to determine whether a particular agreement, decision or practice fell within the scope of these exemptions either on its own initiative, at the request of a member state competition authority or at the request of an interested undertaking which was required to notify the Commission before implementing any potentially restrictive agreement. However, because these exemptions are in practice very limited, it appears that this system of notification was rarely used.
New competition rules

The new Regulation 1308/2013 significantly revises these competition rules. First, the exemptions from the standard competition rules are reduced to two (the reference to agreements which form part of a national market organisation having become obsolete). So, standard competition rules in future do not apply to agreements, decisions and practices which would otherwise be outlawed provided either that they are necessary to achieve the objectives of the CAP or when implemented by farmers’ associations or producer organisations and concern the production and sale of agricultural products or the use of joint facilities for the storage, treatment or processing of agricultural products, unless this would jeopardise the CAP’s objectives. As previously, this second exemption does not apply to agreements, decisions and practices which entail an obligation to charge an identical price or to exclude competition.
The prior notification system is abolished, bringing farm groups and food companies into line with the rules applying to all other sectors since 2003. In future, it will be up to agricultural undertakings themselves to decide if their actions are exempted. The Commission will publish guidelines to assist undertakings as well as national competition authorities in making this assessment. If the agreement or practice is challenged, the burden of proving an infringement will rest on the party alleging the infringement. However, the party claiming the benefit of the exemption will bear the burden of proving that the conditions for the exemption are fulfilled. Only in respect of interbranch organisations is a notification mechanism maintained.
Temporary market disruptions

A significant extension of the exemption for producer groups and interbranch organisations is set out in Article 222 of the new single CMO regulation in times of severe market imbalance. During these periods, the Commission can adopt an implementing act stating that the Treaty’s normal competition prohibitions on agreements, decisions and practices to restrict competition do not apply to producer groups and interbranch organisations in the agricultural sector, under certain conditions.
First, the agreements, decisions and practices must meet two general conditions that they do not undermine the proper functioning of the internal market and strictly aim to stabilise the sector concerned. In addition, they must fall into one of a closed list of specific categories of actions:
(a) market withdrawal or free distribution of their products;
(b) transformation and processing;
(c) storage by private operators;
(d) joint promotion measures;
(e) agreements on quality requirements;
(f) joint purchasing of inputs necessary to combat the spread of pests and diseases in animals and plants in the Union or of inputs necessary to address the effects of natural disasters in the Union;
(g) temporary planning of production taking into account the specific nature of the production cycle.
What is significant about this Article is that it goes beyond the standard exemption for producer groups and interbranch organisations because it allows measures which restrict competition such as market withdrawal during periods of market crisis. Previously, the Commission and member states could finance the withdrawal of surpluses during a period of market disruption until a new market equilibrium was found. Now, producer groups and interbranch organisations can do this without falling foul of competition rules. However, the list of permitted activities even when the normal operation of competition rules is relaxed still does not include collective bargaining or price-fixing activities.
The Commission can only introduce this suspension of the normal rules if it has already adopted measures to deal with a general market disturbance, if products have been bought into public intervention or if aids for private storage have been introduced. The suspension can only last for a six month period, renewable for one further period of six months.
Conclusions

It is hard to say in advance how important these new possibilities to suspend the normal operation of competition law during market crises will be. The new rules seem to have been inspired by the examples of the 2009 Irish pork dioxin crisis and the 2011 E-Coli crisis, both of which resulted in a sudden loss of consumer confidence following the contamination of the food supply chain.
With limited funding under the new market crisis reserve to address market disruptions of this kind, the possibility for producer organisations themselves to be able to restrict sales and to undertake market withdrawals could be significant.
Photo credit: Joaquín Almunia, EU Commissioner for Competition under Creative Commons licence
This post was written by Alan Matthews