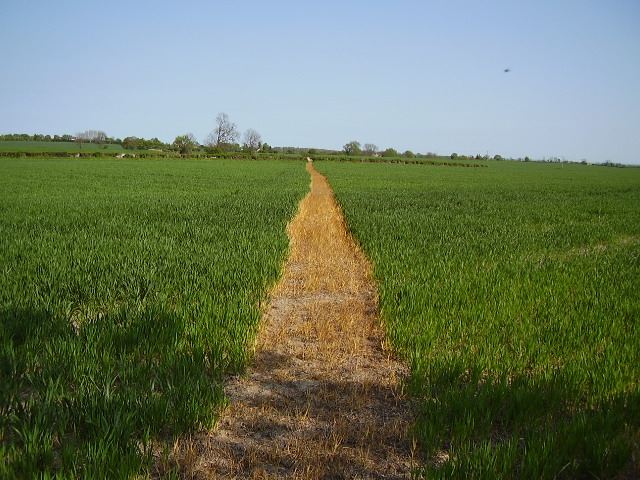 Tomás García Azcárate, who maintains a very useful blog on the CAP with links to his university course notes and a series of CAP capsules, recently paid me the compliment of discussing a comment I made in an article on CAP greening on the function of cross-compliance. My comment was that “… the strong political support for the view that direct payments are, in part, recognition of the costs that the society asks farmers to bear through cross compliance implicitly undermines the “polluter pays principle. If farmers who do not receive direct payments are not expected to observe cross compliance standards, then these do not form the environmental baseline”.

Tomás disagreed with this statement arguing that cross compliance does not oblige farmers to respect new rules. I put my hand up immediately to admit that the extract could have been clearer. It is well-known that cross compliance consists of respect for Statutory Management Requirements (SMRs) (provisions drawn from the application of relevant articles of legislation now listed in Annex II of the new horizontal Regulation (EU) No 1306/2013) as well as standards of good agricultural and environmental condition (GAEC) of land. Tomás rightly points out that the SMRs replicate existing rules, but what I had in mind was the GAEC standards. In the absence of cross-compliance there is no obligation on farmers to follow these standards, which is the point I wanted to make in that article.

A Danish lesson on soil erosion

The issue was highlighted for me reading an article in the Danish newspaper Weekendavisen in its 14 March 2014 edition. The article began with a complaint by a farmer, Søren Helmer, on the island of Zeeland about new rules introduced by the Danish authorities to prevent soil erosion which prevent him from ploughing land with a slope greater than 12 degrees from harvest time (usually in August) until the following 1 March. The story had a number of interesting angles.

Minimum land management reflecting site-specific conditions was a compulsory GAEC standard to prevent soil erosion under the Health Check direct payments regulation. However, as is well known, Denmark is a very flat land (the highest point is 170m above sea level). The Danish authorities did not consider soil erosion to be a problem, so never introduced a GAEC standard to prevent it.

They were forced to change this as a result of a reprimand from the EU auditors, and introduced the new rule which annoyed Søren Helmer whose family have farmed the land for over 40 years without apparent sign of erosion. It turns out that the new rule was based partly on a civil servant’s mistake. The rule was based on a briefing from the Danish Centre for Food and Agriculture, a specialist centre at Aarhus University, which had recommended a time-limited ban on ploughing where the slope was greater than 12 percent, not 12 degrees. However, its recommendation would have covered even more area than the 12,000-16,000 ha currently covered.

Farmer protests, as well as the transcription error, mean that the controversial regulation will now be reviewed. The new Danish Minister for Agriculture, Dan Jørgensen, has promised to see if it can be made less restrictive and to look at how other EU countries have implemented the standard (in Germany, for example, ploughing on slopes is restricted but only from 1 December and not immediately after harvest).

Later in the article, both Søren Helmer and the President of the Danish Farmers’ Union Martin Merrild were quoted as saying that they would prefer to do without direct payments. According to Martin Merrild, this is because of the damaging effect of the regulations and the increasing bureaucracy that accompanies them. While some of these regulations relate to the amount of support that can be claimed, the other regulations are, of course, the GAEC standards.

Without the payments, there would no longer be any incentive or requirement for farmers to follow the GAEC standards for land management. This is why I argued that the GAEC standards are not part of the environmental baseline. Politically, they are seen as additional restrictions placed on farmers which justify compensation in the form of direct payments. To the extent that the practices prevented result in costs to society as a whole (for example, the ploughing of carbon-rich grasslands, which in the new CAP regulations is moved from a GAEC standard to a partial condition for eligibility for the new green payment), this implicitly undermines the ‘polluter pays’ principle.

Two conclusions follow from this observation. The first is that cross-compliance puts environmental groups in an awkward corner. If they accept the environmental baseline, then they de facto must support a large Pillar 1 because, otherwise, there is no carrot or stick to ensure farmers’ compliance with the GAEC land management standards. The Danish Farmers’ Union is prepared to live without subsidies because then the irksome cross-compliance GAEC standards would become irrelevant.

But supporting a large Pillar 1 means supporting untargeted and ill-distributed transfers to farmers, most of which ends up in higher land prices or rents and which does little to support working farmers at the end of the day. The alternative is to seek to enshrine GAEC standards in either national or EU legislation, facing certain opposition from those who would lose from the implicit alteration of property rights.

The second conclusion is that, to be effective, the GAEC standards must make sense to farmers. Few farmers like to face additional rules, just as few people like paying taxes. But the sense of alienation is much greater if the rules do not make sense to individual farmers. This means consulting with farm organisations when the rules are being drawn up, but not only farm organisations, of course.

At the end of the day, protecting the environment may not be the first priority of farmers, so other voices must be around the table when the rules are agreed. At the same time, communicating the purpose of these rules to those affected is also hugely important if effective compliance is to be achieved. The Farm Advisory System which member states are obliged to establish is given a specific role in this regard.

Photo credit: © Copyright Ken Brockway and licensed for reuse under a Creative Commons Licence. Cross compliance has made a remarkable improvement to footpath reinstatement in the UK.

2 Replies to “How to interpret cross-compliance”