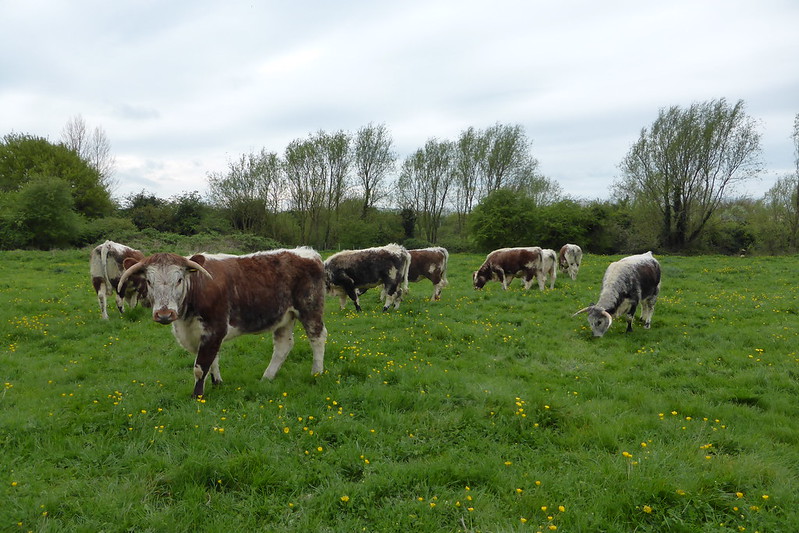 Much attention is rightly focused on the changes that the co-legislature (Council  and Parliament) might make to the Commission’s proposed green architecture in the next iteration of the CAP (see contributions from Lakner and Pe’er and ARC2020 as well as my earlier post). There are also other elements in the proposed CAP framework with potentially important implications for production and environmental outcomes. In this post I focus on the proposals for one of the more production-distorting elements, namely, coupled income support.

The conditions governing what is called ‘voluntary coupled support’ (VCS) in the current CAP and what the Commission has relabelled ‘coupled income support’ in its May 2018 proposal for the next CAP have been gradually relaxed in the current CAP period (I have previously described in earlier posts the changes made in the 2013 CAP reform and the changes introduced in the Omnibus Regulation). They would be further relaxed under the Commission’s proposal.

When the CAP regulation governing direct payments was adopted in 2013, coupled support could only be granted to those sectors or to those regions of a Member State where specific types of farming or specific agricultural sectors that are particularly important for economic, social or environmental reasons undergo certain difficulties (Art 52, Reg 1307/2013). In the original Regulation, there was a provision (Art 52(5)) that coupled support should only be granted to the extent necessary to create an incentive to maintain current levels of production in the sectors or regions concerned. This was interpreted in the subsequent Commission Delegated Regulation 639/2014 (Art. 53) as requiring that the ceilings should not be greater than the maximum yields, area cultivated or number of animals reached in the targeted region or sector in at least one year in the period of five years preceding the year of the decision.

This was reformulated in the 2017 Omnibus (Agricultural Provisions) Regulation (2017/2393) where this paragraph Art 52(5) was deleted and substituted by a new paragraph (6) that “Coupled support is a production-limiting scheme that shall take the form of an annual payment based on fixed areas and yields or on a fixed number of animals and shall respect financial ceilings to be determined by Member States for each measure and notified to the Commission”. This change was backdated to 2015 because “it reflected current practice”. In other words, the restriction that the support could only be used to maintain current levels of production was removed. The scheme now allows VCS to be used to expand production, provided that it is not open-ended (some ceiling on the numbers of hectares or animals must be introduced) and it must respect the financial ceilings in the legislation.

In the draft CAP Strategic Plans regulation for the CAP post 2020, the Commission proposal is that coupled support (now explicitly called ‘coupled income support’) can be granted to sectors where these are important for economic, social or environmental reasons and where the support helps these sectors to address the difficulty or difficulties they undergo by improving their competitiveness, their sustainability or their quality (Art. 29, COM(2018) 392). Now even the requirement that coupled income support should be a production-limiting scheme has been omitted. There is no longer any obligation to have a ceiling on the numbers of hectares or animals that can be supported. The only constraint would be the financial limit set down in the CAP regulation.

Under the current direct payments regulation, the limit is 8% of Member States’ direct payment ceilings although derogations could be given for some Member States to exceed this percentage. The Commission has proposed to increase this limit to 10% for the future CAP (Art. 86). However, Member States that used more than 10% for coupled support in 2018 could continue to use up to that higher percentage if they so decided. In all cases, Member States could increase their ceilings by a further 2 percentage points if this amount were allocated to the support of protein crops.

Not all Member States were satisfied with the Commission proposal. A group of Member States from central and eastern Europe circulated a non-paper to the AGRIFISH Council in March 2019 calling to increase the permitted limits for coupled support to 23% of direct payment ceilings plus 2% for protein crops, removing restrictions on the sectors that could be supported, and excluding coupled payments from any capping/degressivity calculation. Their justification was that some sectors, with the existing financial allocation, “do not reach a satisfactory level of profitability or the coveted level of production” and that “The production incentives are not sufficient to maintain diversified and sustainable production structures and some sensitives sectors are endangered by leaving of demanding production or cultivation in favour of monocultures.”

The use of VCS in 2018, the latest year for which information is available, is shown in the diagram below. In total €3.99 billion was paid in coupled support in that year, of which 40% went to support beef production and a further 21% to support milk production.

Proposed amendments to the Commission proposal

The Council draft position, as incorporated in the latest drafting suggestions under the Croatian Presidency, would increase the financial ceiling further from 8% currently to 13% in future. Member States that, under derogation, had used more than 13% of their payments for coupled support in 2018 could continue to do so.

The current COMAGRI position is set out in the report and opinion adopted in the previous Parliament in May 2019. The COMAGRI amendments would reinsert Art. 56(6) omitted from the Commission draft that coupled support is a production-limiting scheme that shall take the form of an annual payment based on fixed areas and yields or on a fixed number of animals and shall respect the financial ceilings set out in the Regulation.

COMAGRI also proposes to insert that, when granting coupled support, Member States shall ensure that the following conditions are fulfilled: (a) there is a clear environmental, or socioeconomic need or benefit; (b) the support does not create major distortions in the internal market. In addition, these interventions must be consistent with relevant specific objectives set out for the CAP in Article 6. While the practical consequences of these additions can be questioned (a coupled payment designed to increase output can always be justified on so-called socio-economic grounds), they could in theory give the Commission some hooks on which to refuse egregious cases of coupled income support put forward by Member States in their Strategic Plans.

Finally, COMAGRI has not proposed to increase the financial limit beyond the 10% proposed by the Commission, although it would allow Member States that do not use all of this limit for coupled income support to transfer any unused funds to support sectoral interventions for sectors not specifically mentioned in the Regulation.

Neither the Council nor the Parliament have as yet finalised their positions, so these references in their draft positions to date could change. What is clear is that the Commission proposal opens the door for a further expansion in coupled support, and that Member States in the Council would like to push the door open even further. Regardless how the negotiations on the next CAP progress in the coming months, we are going to see more coupled support than in the current CAP.

The provisions we have examined so far would open the front door to additional coupled support. The recent post by Sebastian Lakner and Guy Pe’er has suggested there may also be a back door. The Council has opened the possibility that payments under eco-schemes could be not only on a per hectare basis but also on a per animal basis. The per animal option would only be possible where the eco-scheme payment levels are based on an income foregone/costs incurred calculation (that is, it would not be an option where payments are simply a top-up to the basic payment). This could lead to coupled livestock payments under AECM-type schemes in Pillar 1, albeit they would need to be linked to environmental or climate outcomes.

Indeed, Ireland already makes coupled livestock payments under an AECM scheme on a per hectare basis in the current CAP. Although this sounds like a contradiction in terms, it demonstrates the ability of agricultural officials to be creative when it is necessary. Payment is made on the basis of eligible forage area, where the eligible hectares on which an applicant is entitled to claim is set equal to the number of calved cows on his/her holding in 2014 divided by a standard stocking rate of 1.5. While the Irish scheme is production-limited as the number of reference animals is fixed at a past date, and there are some conditions attached, other Member States using this model may not be so careful.

In conclusion, I do not rule out the use of coupled payments in all circumstances. There can be situations where supporting crop and livestock production may be necessary to secure specific environmental benefits. I am much less convinced that coupled payments can be justified on social or economic grounds. It was precisely for economic reasons that the Irish government has avoided making use of explicit coupled payments apart from a small protein crop payment. The argument was that, if the intention was to provide support to farm incomes, requiring farmers to engage in specific activities that are likely to be less profitable in order to become eligible for income support would inevitably reduce the value of this support as compared to a decoupled payment.

The experience with voluntary coupled support under the 2014-2020 CAP has shown that it is far too elastic. There is simply no justification for the fact that every second dairy cow in the Union receives a coupled payment, even if the amounts of payment in many cases are quite small. However, instead of trying to set more realistic limits on the use of coupled support, our legislators are in the process of hollowing out these limits even more.

Further reading: DG AGRI made a presentation on coupled payments to the Civil Dialogue Group on direct payments and greening in October 2019, the presentation can be downloaded directly from here.

1 Reply to “Keep an eye on coupled income support”