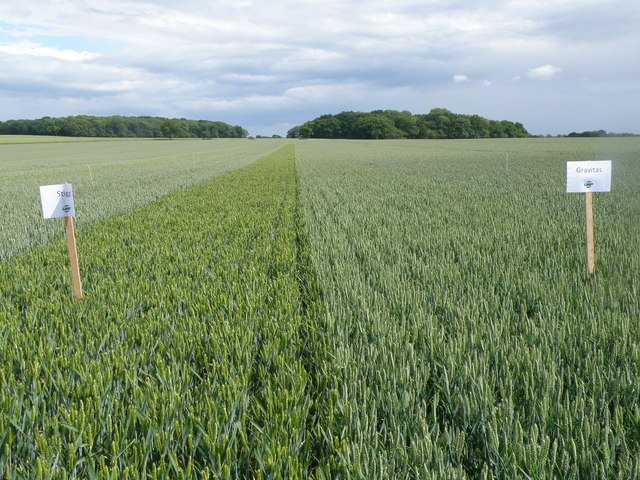 One of the more widely-welcomed elements of the Commission’s legislative proposals for the CAP post 2013 was a greater emphasis on promoting innovation. In an earlier post in January, I discussed the three main components of this strategic emphasis, namely:
• Continued Pillar 2 support for investment in physical assets and farm extension services.
• A new European Innovation Partnership instrument for agricultural productivity and sustainability (EIP-A) also in the Rural Development Pillar.
• Increased funding amounting to €4.5 billion for agricultural and food research under the Commission’s Horizon 2020 research programme for research and innovation on food security, the bio-economy, and sustainable agriculture.
Since that previous post two developments of note have taken place. The Commission published its Communication on EIP-A in February. And this week science ministers gathered in the Competitiveness Council, after long and hard negotiations, gave their backing to a general structure for the Horizon 2020 research programme.
In EU jargon they agreed a ‘partial general approach’ (no kidding!) which is an agreement on the essential elements of a legal act, pending the opinion of the European Parliament and the relevant discussions on the EU’s multi-annual budget. One of the main sticking points was the demand of the new member states for ‘equal access’ and ‘fair conditions for newcomers’ that would put an end to the ‘closed clubs’, by which they mean the dominance of western EU states in winning the bulk of funding.
European Innovation Partnership – Agriculture
The Commission Communication in February presented the conception of the EIP-A but added little to the limited information in the public domain as to exactly how this Innovation Partnership is supposed to work.
The objectives and rationale for the Partnership are repeated. The growing demand for food will put further stress on the environment and natural resource use. Therefore a shift towards a different growth path is needed in order to establish a competitive and sustainable production of food, feed, fibre, biomass and biomaterial. At the same time, the increase in output must go hand in hand with improved economic viability for primary producers who have suffered a declining share of value-added in the food chain over the past decade. Without greater farm profitability, ecological sustainability will become even more challenging.
The existence of a gap between the provision of research results and the application of innovative approaches to farming practice as a justification for the EIP is again underlined. New approaches take too long to arrive on the ground, and the needs of practical farming are not communicated sufficiently to the scientific community. Thus, important innovations are not implemented on the necessary scale, and relevant research fields do not always receive the attention they require.
Targets and priority areas for research
The main novel element in the Communication was the identification of two headline targets for the EIP:
• As an indicator for promoting productivity and efficiency of the agricultural sector, the EIP aims to reverse the recent trend of diminishing productivity gains by 2020.
• As an indicator for the sustainability of agriculture, the EIP aims to secure soil functionality in Europe at a satisfactory level by 2020. Soil functionality encompasses the productive capacity of soils and its key roles in climate change mitigation and adaptation and eco-system stability.
A number of indicative priority areas for research and innovation based on the stakeholder consultation are set out, while making clear that the list should not pre-empt the content of innovation actions on the ground. The areas include:
• Increased agricultural productivity, output, and resource efficiency
• Innovation in support of the bio-based economy
• Biodiversity, ecosystem services, and soil functionality
• Innovative products and services for the integrated supply chain
• Food quality, food safety and healthy lifestyles
These headings broadly overlap with the objectives set out in the proposed Council Decision establishing the specific programme implementing Horizon 2020 published towards the end of last year. The headline targets proposed for the EIP arguably capture only a sub-set of these proposed activities.
The next step in the establishment of the EIP-A is the preparation of a Strategic Implementation Plan; no details are provided as to how this will be done. The main concrete proposal in the Communication is that an EIP network facility will be established under the umbrella of the Rural Development Network. This network should animate activities at Union, national, regional, and local level. It will encourage the establishment of operational groups and inform about the opportunities provided by Union policies.
The Communication notes that “The timely establishment of an EIP network is needed to ensure early information of actors and stakeholders concerning opportunities for innovative action.” However, although the Communication was launched in February, a search of the ERDN website when writing this post today revealed no further information about the EIP network, how it will be initiated or who can join it.
Productivity change

The productivity target for the EIP-A will be measured as ‘total factor productivity’. This measure has solid foundations, but the data requirements to monitor it are demanding and currently only available for a limited number of EU-15 countries. Work on calculating TFP growth is undertaken by the Groningen Growth and Development Project supported by an EU FP7 grant, so one assumes that this will be the data source for the EIP productivity indicator.
The latest information on their website covers TFP growth in the period 1980 through 2007 for the 10 EU-15 countries for which growth accounting could be performed, namely: AUT, BEL, DNK, ESP, FIN, FRA, GER, ITA, NLD & UK. The graph shows TFP growth trends in agriculture as well as the food industry and all industries as calculated by this project (the trends are normalised to base 1995 = 100). It confirms the slow-down in agricultural productivity that the EIP-A sets out to reverse.

The rapid technological development of EU agriculture since 1980 compared to other industries is striking. The slow-down since 1999 could be due to a number of reasons. Reduced investment in agricultural research during the period of structural surpluses in the 1980s and 1990s might be one explanation. The slowdown could also be due to the increasing stringency of environmental, food safety, animal welfare and health regulations with which the sector must comply. The TFP trend for the EU food industry is even more alarming, suggesting that TFP is actually lower today compared to the early 1990s.
There is no doubt that a gap exists between laboratory findings and farm-level uptake. However, whether this gap is due to structural barriers between research and practice, or due to the wide distribution of management abilities among farmers, seems to me unproven. It is hard to disagree with the principles on which the EIP-A is based, but whether it will play an important role in reversing these TFP trends remains unclear.