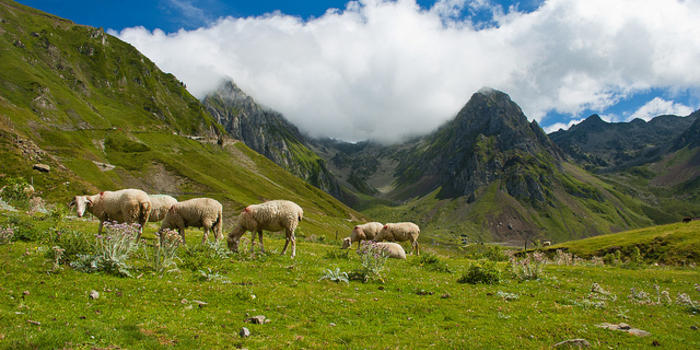 Two weeks ago I gave a talk at a biodiversity conference organised by Teagasc, the Irish Agriculture and Food Development Authority. The proceedings of this conference can be downloaded here. The title for my talk was ‘Could European agricultural policy do more to promote biodiversity?‘ In today’s edition of the Irish Farming Independent I have a short article which summarizes the talk. I reproduce the article below and also the presentation accompanying the talk.
***********************************************************************************
The 2013 CAP reform had three overall objectives: viable food production; sustainable management of natural resources and climate action; and balanced territorial development. The emphasis on sustainable management in the second objective was a response to the growing awareness that the twin issues of land abandonment and agricultural intensification lead to severe environmental problems which required an EU policy response.
Among these environmental problems is the growing loss of farmland biodiversity. The recent mid-term review of the EU’s 2020 Biodiversity Strategy concluded that the EU was making no progress towards its target to bring about a measurable improvement in the conservation status of species and habitats that depend on or are affected by agriculture.
Farming has a dual relationship with biodiversity. On the one hand, much of the biodiversity across Europe has been created by farming and its survival is dependent on continued active management of farmland with traditional low-intensity systems. The unique flora of the Burren is a good example.
On the other hand, agricultural intensification often leads to a loss of biodiversity, as wetlands are drained, hedges are removed, fertiliser use is increased and monocultures replace diversified crop rotations.
To address this latter problem, the 2013 CAP reform introduced the greening payment for three practices beneficial for the environment and climate action. These are the requirement to maintain permanent grassland areas, and to have crop diversification and to establish ecological focus areas, or EFAs, on larger arable farms. The EFA measure, in particular, was focused on promoting biodiversity by leaving space for nature and habitats also in more intensively-farmed regions.
Even though 30 per cent of each member state’s direct payments is now allocated to the greening payment, very little additional benefit for the environment will be obtained. In the case of EFAs, for example, a large number of farms are exempt, including all grassland farms as well as smaller arable farms.
More important is that the elements permitted to count towards an arable farm’s EFA have been expanded to include not just fallow land, buffer strips and landscape elements such as trees, hedges, ponds and ditches but also areas sown to legume crops or catch crops. As many farms across Europe already meet these requirements as part of their normal farming practice, the changes are likely to affect less than 1 per cent of the arable area.
However, the biggest problem with EFAs is that farmers, rightly, see the obligation as just another set of bureaucratic hoops to jump through in order to receive the direct payment. There is no link made to encourage active management of the land to maximise the potential for biodiversity, nor to make use of farmers’ knowledge and experience as to what might be the most appropriate measures to take.
By trying to encourage more sustainable land management through the greening payment in Pillar 1, the CAP reform missed the opportunity to put more money into more flexible agri-environment schemes which can be spatially targeted to take account of different needs in different areas and in which farmers can see clearly that they are being paid to supply a valuable public good.

2 Replies to “The CAP and biodiversity”