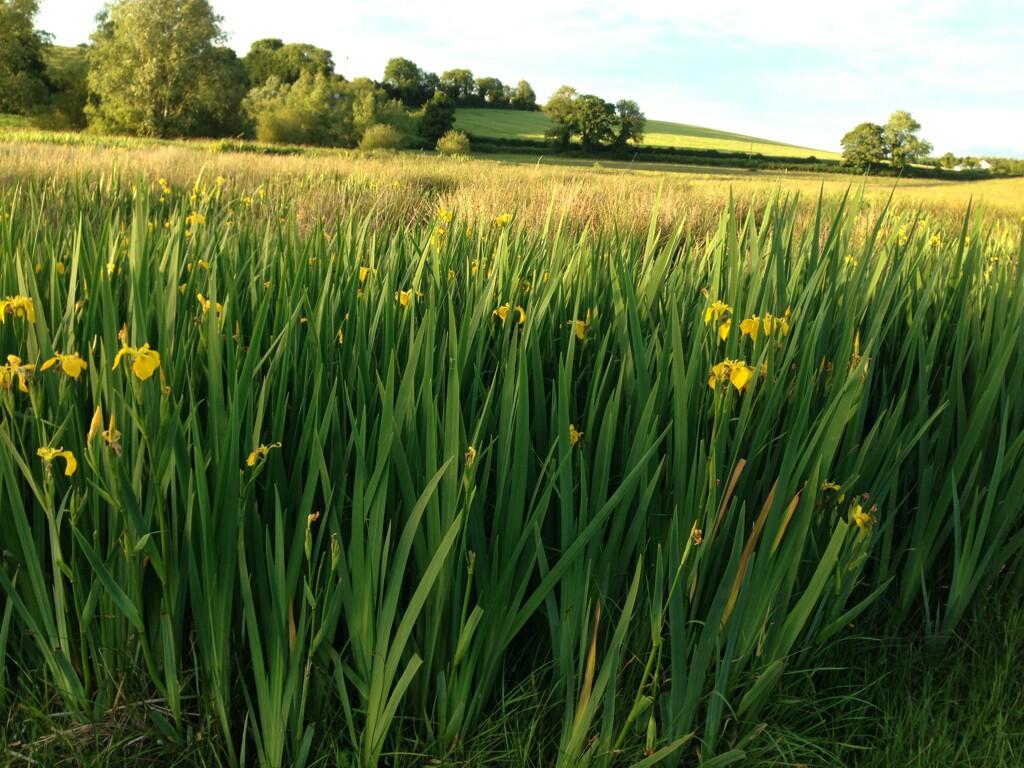 When the European Council agreed on the EU’s multi-annual financial framework (MFF) for 2014-2020 in February this year, the overall allocation to the CAP’s Pillar 2 was made known but not the individual allocations to member states. Apparently, in order to secure a final agreement, each member state was told its own allocation but not that of the other countries.

It was not until May, after repeated requests from the European Parliament’s rapporteur on the rural development regulation, Luis Capoulas Santos, that the Commission communicated the individual country totals to the Parliament negotiators in the trilogue process. However, until the publication of the European Parliament secretariat’s Note European Council Conclusions on the Multiannual Financial Framework 2014-2020 and the CAP these figures were not generally available. In this post, the third and final in a series on the CAP budget in the MFF, we identify the winners and losers in the allocation of Pillar 2 funds (for the earlier posts in this series, see here and here).

The rural development allocations, along with those for Pillar 1 resulting from the external convergence formula discussed in the previous post, remain part of the MFF reserved issues which were not included in the political agreement on the CAP between the Irish Presidency and the European Parliament negotiators in June. According to the COMAGRI committee meeting yesterday, Parliament’s negotiators will prepare compromise proposals on these issues and present them to the Lithuanian presidency and to the Commission in early September. Until these outstanding issues are resolved, the figures discussed in this post remain those proposed by the European Council even if it must be very unlikely that they are changed.

In the European Council’s conclusions on the MFF, the principles for distribution of rural development support were outlined as follows:

Support for rural development will be distributed between Member States based on objective criteria and past performance, while taking into account the objectives of the rural development and having regard to the overall context of Common Agricultural Policy and the Union budget (para. 70).

In fact, the European Council were so insistent on these criteria that they repeated them two paragraphs later.

The distribution of the overall amount for rural development between Member States will be based on objective criteria and past performance.

However, it then went on to make some exceptions.

These discrete allocations amount to €5.565 billion in total (6.5% of the total commitment appropriations). They must be deducted first from the total amount with the remainder then distributed according to the European Council guidelines. However, the Commission has not revealed how these guidelines are interpreted in practice and what objective criteria it used, much to the (justified) annoyance of the European Parliament negotiators.

Some possible objective formulae were considered in the impact assessment (Annex 4) which accompanied the Commission’s legislative proposals. Common to these ‘objective’ formulae was the fact that the results differed markedly from the current distribution across member states. The impact assessment proposed several options to smooth out the impact of redistribution, for example, by using the current allocation key for 50% of the funds and the objective formula for the other 50%, or by providing that no member state should end up with less than 90% or more than 110% of its current envelope. However, at this point in time, the objective criteria used, the weightings attached, the precise balance struck between objective criteria and past performance, and whether or not any transitional arrangements were applied (in addition to the use of discrete allocations) in the numbers agreed by the European Council are not known.

What the European Council decided

Ultimately, the idea that RD funds are distributed according to ‘objective’ criteria is a mirage. But it still leaves open the question how the agreed distribution was arrived at. The table below explores this question further by decomposing the 2014-2020 allocations into the ‘objectively determined’ amounts and the discrete allocations, and compares these amounts with the allocations in the current 2007-2013 MFF. Countries are ranked according to the percentage changes in the final column. All euro amounts are in 2011 constant prices. The 2007-2013 figures include the amounts transferred by compulsory modulation from Pillar 1. 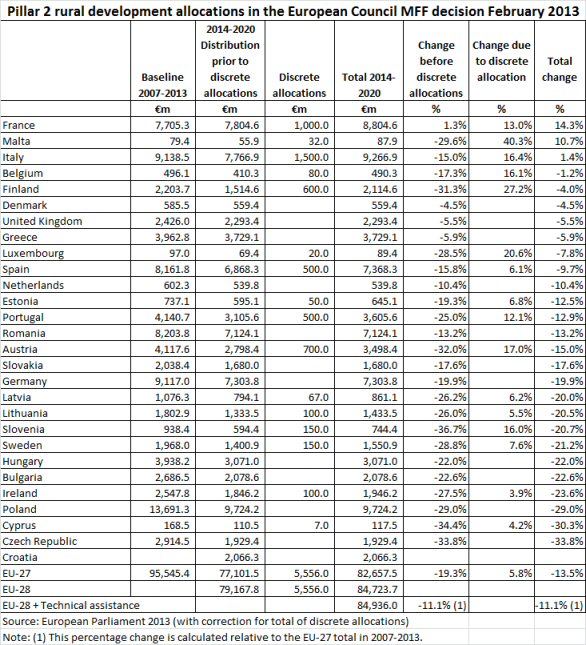 First, the headline numbers. Overall, the reduction in Pillar 2 commitment appropriations in the next MFF compared to the current MFF is 11.1% (this compares to the 18% reduction calculated on an end-year to end-year basis reported in an earlier post). However, for the EU-27 countries, when allowance is made for the allocation of funds to technical assistance and to Croatia, the reduction in Pillar 2 commitments is slightly larger, at 13.5%, Before the allocation of the discrete amounts, the reduction in the amount allocated according to ‘objective criteria’ in the EU-27 is 19.3%

The second table shows the same data but sorted according to the gains and losses to member states under the ‘objectively determined’ distribution (third column from the right). Those countries which would lose the most, compared to the 2007-2013 allocation, are shown at the bottom of the table. France, at the head of the table, is the main winner as the only country which would have emerged with an increase in its RD allocation based on ‘objective’ criteria alone. Eyeballing the data, there does not appear to be any obvious pattern which distinguishes winners from losers in this column. 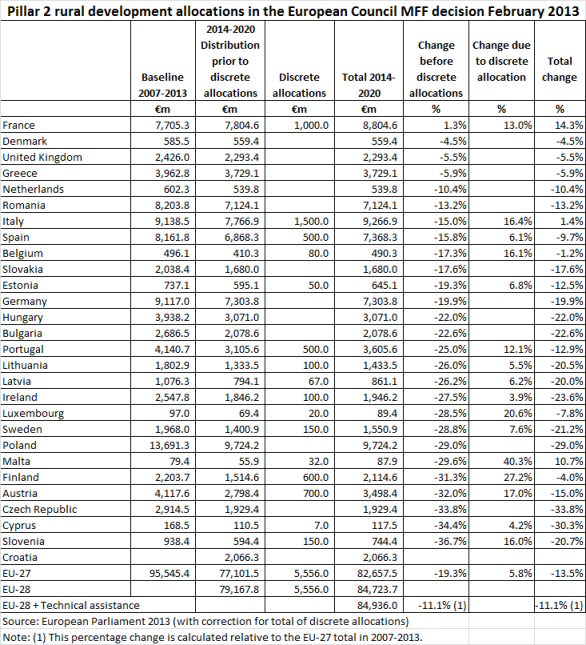 Only three countries, France, Malta and Italy, will end up with an increased RD allocation under the European Council agreement. The disparity between the increased allocation to France,in particular, and the allocations to all other countries is both striking and puzzling (the Malta figures are tiny in absolute terms and the outcome for Italy is more or less marking time). No wonder that the European Parliament is seeking more clarity from the Commission on the criteria which lie behind this decision!