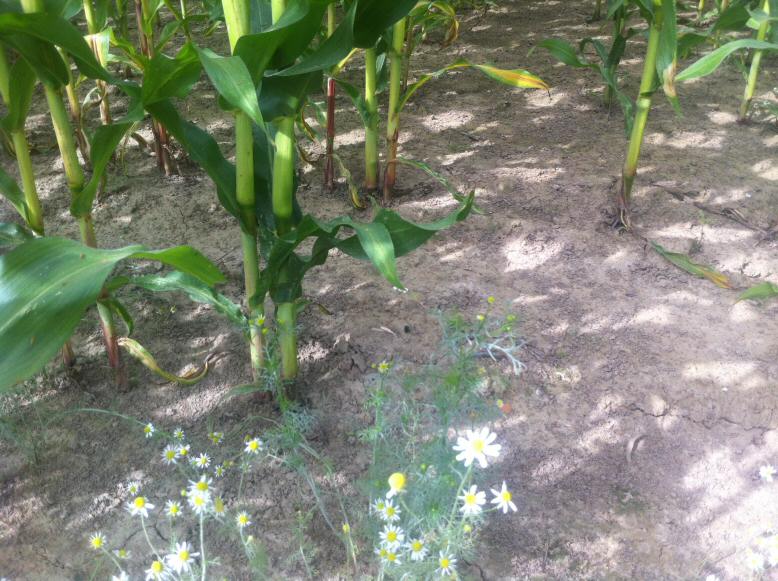 We are pleased to welcome this guest post by Harriet Bradley and Ariel Brunner of Birdlife Europe.

The drought that has struck farmers this summer has exposed the extreme vulnerability of conventional agricultural systems to environmental shocks. Across Europe, harvests have been severely affected by the summer drought, leading to a lack in particular of feed for livestock.

The response by the EU Commission, governments and the conventional farm unions has been disappointingly ‘conventional’. First, the granting of emergency aid such as in Germany , which can provide a necessary stop gap, but does not fix the fundamental problem. Second, the situation has been used to suspend some of the only environmental measures on farms, namely by allowing farmers to grow crops on areas they are paid to reserve for nature and on land that is being left ‘fallow’ to recover. What this means is further exacerbating the environmental problems that make current farming so vulnerable.

Worryingly, there is no recognition by either the farm unions or national ministries that agriculture must become much more environmentally and climate-friendly in order to be more resistant to extreme weather events and thus avoid not only disaster for farmers and food production but also a huge bills to the taxpayers. Farmers who have installed irrigation are presented as being in a better situation, but this only pushes the problems further down the road: we need to reduce water use not irrigate until reserves run out, or rely on more ‘efficient’ irrigation (in Spain, improved efficiency of irrigation has led to a 3-fold increase in irrigated area in some areas). Hardly anyone is pointing out that depleted soils can’t hold water, monocultures increase farmers’ risk in the face of extreme events and livestock concentration makes feed shortages more dramatic.

Ecological transition is inevitable, it is only a matter of time before industrial farming will collapse under its own resource-depleting weight. The longer we wait the more painful and costly the transition will be: to our wildlife, future generations, our food supply and farming as a business. Farmers will be the first to suffer. Decision makers must own up to this reality and make the right choices now, not leave future generations to shoulder the catastrophe. Farmers need a helping hand in changing course, not be pushed further down the dead-end road.

It is time for decision makers and vested interests to get real and own up to the real issues facing the agriculture sector. The current reform negotiations on the post-2020 CAP offer the ideal opportunity to steer our agricultural systems on the right track. We have been publicly promised a ‘transition to sustainable farming’ but so far agriculture ministers appear to be mainly interested in the opposite: reducing environmental and other safeguards (dubbed ‘simplification’) and maximising their flexibility to give the CAP money to whoever they choose.

Further, we are told that if the next CAP is to do more for the environment than it already is (which is little given the massive destruction wrought by CAP-fuelled intensive agriculture), then we need to pay more money into the CAP.

All these debates simply obscure the issue. The fact of the matter is that there is a huge pile of money (almost €60 billion per year) which is mostly going to intensive farming and marginalisies sustainable farmers. We do not need more money to do more for the environment: we need to stop spending what we have on the wrong things and divert it to the right things.

This means ending perverse subsidies that fuel intensification and factory farming, and instead pay for a) the forms of agriculture that actually deliver for nature and climate, and b) transition aid to farmers who are currently trapped in 20th century farming systems to convert to 21st century agro-ecological, climate-friendly methods, such as high nature value, organic and ecological mixed farming.

This post was written by Harriet Bradley and Ariel Brunner.