Attila Jambor and David Harvey presented a new paper to the Annual Conference of the Agricultural Economics Society a few months ago in which they argue that “two pillars are not enough for a sustainable future for the CAP”. They note that:

“The CAP, post 2013, is supposed by many to be required to contribute to meeting the major and diverse challenges of: global food security and climate change; environmental and land conservation and management; rural development; agrarian transition; food quality and safety; bioenergy and biofuels; regional and sectoral competitive (dis)advantages; market volatility and business risk and, no doubt, other issues as well.” 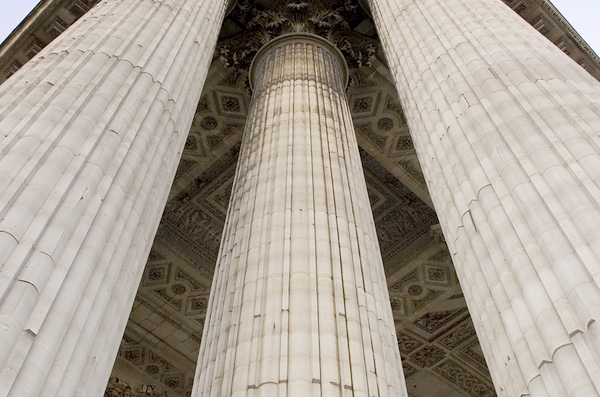 They also suggest that all of this must be achieved with a smaller share of the EU budget. Despite a wide range of contributions to the debate on the future of the CAP, the authors argue that “the critical ideas for reform still largely echo the Buckwell Report (EC, 1997), and reflect the accepted economic logic”. The issues to be addressed “can be grouped under three major policy headings: food markets; rural development; the environment” which conveniently correspond with the three widely-accepted aspects of sustainability (economic, social and environmental). This makes a lot of sense though the authors admit that

There is a challenge… to develop a coherent framework for such a Food Market Pillar. What should government (specifically the European Government) be doing that it is not doing already to secure a healthy and safe food market for its constituents?

Nevertheless, the authors strongly assert that the current pillar one of the CAP, which is dominant in terms of share of the budget, is “intellectually and logically incoherent”:

“There is no economic case for the continued, indefinite support of farmers simply because they are farmers. Payments can only be justified by associated contributions to society not otherwise compensated by the market. Furthermore, as already accepted by the Farm Council, Pillar 1 as presently constituted is not legitimate either. The wide variations in rates of payment, both between farms and between countries, bear no obvious relationship to any justifiable criterion for support.”

In a thoughtful section of the paper on the political economy of pillar one, Jambor and Harvey make two valuable observations. First, it is widely accepted that the variation in the rates of payment of direct aid “between farms and between countries” is politically unsustainable and there is a strong motivation towards greater fairness in any system of direct aids post-2013. Second, any move towards leveling out the rates of payment will lead to a significant changes to the allocation of the EU budget among member states and is therefore politically unpalatable since countries have a strong tendency to defend their own share of the EU pot. They argue that a flat rate payment system may have to be refined with “segmented rates for different regions, farm types and sizes so as to secure sufficient support in both the Farm Council and the European Parliament”.

They also address the prospect of a total phasing out of direct aids to farmers and suggest such a radical reform is unlikely. As they put it:

“There are, essentially two critical issues which prevent such a ‘radical’ change: the farmers’ legitimate concerns about whether or not they can possibly survive without ongoing support; public concerns about what the countryside and rural economies would look like in a world without support for farmers. Neither or these questions can be answered persuasively without actually seeing what such a world would look like. So both generate more than sufficient room for doubt and debate to a) substantially discourage our political system from risking such a change; b) encourage all sorts of propositions as to what might happen which can then be used to justify continued payments to avoid these market failure outcomes.”

The authors reveal their true colours as agricultural economists by coming down in favour of converting direct aids into a bond scheme, “a single, once-and-for-all payment [that] would provide farmers with a more secure capacity for the substantial adjustment and adaptation, which will be necessary for agriculture to meet future challenges.” What they fail to note is that most environmentalists dislike the bond scheme since it reduces the leverage of direct payments to achieve (modest but identifiable) environmental improvements through cross compliance, i.e. the things that farmers are required to do to qualify for aid. Politically, this is the real Achilles heal of the bond scheme.

The paper is concise, cogently argued and well worth a read: