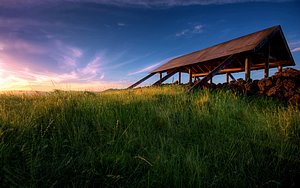 A Basic Payment Scheme (BPS) is about to replace the SPS and the SAPS from 2014, therefore payment entitlements obtained under SPS shall expire on 31 December 2013. Under the new BPS, entitlements will be allocated to farmers who apply for it by 15 May 2014 and if he/she has either activated at least one payment entitlement under the SPS in 2011 or claimed support under the SAPS. If lacking such a status, a farmer will need to either make an application to the national reserve or rely on the contract route. Moreover, if a farmer transfers any entitlement before 2014, they have lost the right to make any further transfers. It is unclear why such a change in entitlements is necessary or desirable, especially since it seems totally unrelated to the two principle aims of the payments – income support and payment for environmental public goods. However, the entire farming sector in Europe seems to be affected in many ways.

First of all, this proposal will generate a ‘golden ticket’ system in Europe where 2011 entitlements will become the most valuable asset a farmer can imagine. This will cause previous agreements between landowners and tenants to be reviewed as well as would cause several difficulties if farmer business changes between May 2011 and the date the new scheme is launched. It also appears that current proposals do not allow the ‘golden ticket’ to revert to the landlord on the termination of his tenancy, thereby creating extreme hardships in changing tenants or getting back entitlements.

As the recent report of the European Court of Auditors puts it: “Non-active landowners would indirectly benefit from EU aid for the entire new programming period. The Court considers that this risk is not entirely excluded, for example if entitlements were transferred back to the landowner in 2011.” Consequently, land transactions currently being negotiated will be influenced by the uncertainty of the reform, which is exactly what happened in the run-up to the 2005 reforms, putting great strain on landlord and tenant relationships in that period. Moreover, it is also possible that the 2011 reference year may be changed to 2012 which farmers must bear in mind when entering into new arrangements this year. The use of a reference year might also create barriers to new entrants.

However, one should clearly see that the BPS does little or nothing to solve the fundamental problem of direct payments: they are ineffective, if not actually counterproductive, in the long run for a number of reasons. The current system is a complicated and misguided confusion of income support, compensation for previous supported price reductions and baseline environmental management payments through cross compliance, resulting in a clearly unequal system derived from historical rights. However, the CAP policy process and mechanisms are dependent on the idea of compensation and the EU seems to find a reason again to justify continued direct payments and thereby complicate the anyway complex system.