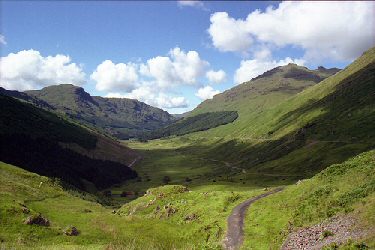 The ‘big idea’ in the Commission’s legislative proposals for the reform of the CAP post-2013 is greening, to be implemented by requiring all farmers in receipt of the basic payment to adopt three measures – crop diversification, ecological focus areas and the maintenance of permanent pasture – as appropriate. While there is a broad acceptance that the CAP should focus more on environmental objectives, there is still huge debate on the size of this shift and on the efficacy and relevance of the Commission’s proposals.
One of the main criticisms from member states has been the inflexibility of the proposals which are designed in a ‘one size fits all’ manner (for example, see the recent speech by UK Minister Caroline Spelman on the Commission’s greening proposals). Member states are seeking greater flexibility in the greening practices to be implemented, either in the form of a menu approach or through automatic qualification of farms following approved management practices as in organic farming, the so-called ‘green by definition’ approach. The inconsistency between wanting a flexible greening scheme and retaining the green payment in Pillar 1 of the CAP has yet to sink in for many people.
Luxembourg has tabled a paper at the Agricultural Council which would introduce greater flexibility into Pillar 1 greening but which has been heavily criticised by Birdlife Europe as making CAP greening meaningless. I will review this paper in a later post.
New IEEP report
In the meantime, important insights into this debate can be gained from a new report by the Institute for European Environmental Policy on Delivering environmental benefits through entry-level agri-environment schemes (AES) in the EU. The report investigates the design and implementation of entry-level agri-environment schemes within the EU-27 Rural Development Programmes (RDPs) for 2007-13. The intention is to show how experience of current schemes could help to inform the process of designing the 2014 agri-environment programmes in different ways.
The report comes in two parts. The first part creates a typology of management actions drawn from an analysis of all 88 RDPs in the EU-27 which are, in turn, linked to nine EU-wide environmental objectives. This was an immense task in itself as it involved translating and collating the detailed scheme regulations in all RDPs in all of the EU’s national languages into a single Excel database.
What the analysis underscores is the diversity of the different types of entry-level management actions chosen by member states (and regions) across the EU and the variety of ways in which these are grouped within AES.
The second part uses case studies of selected agri-environment schemes in 10 RDPs from seven member states to investigate in more detail the relationship between the ‘reference level’ (those management actions mandated by legislation or good agricultural and environmental condition (GAEC) standards which a farmer must undertake without compensation), the structure of entry-level schemes, payment rates and uptake. The ways in which the design, revision and improvement of entry-level schemes are undertaken are also documented, as well as the role of farmer support networks and the effect that participation in entry-level AES has on farmers’ attitudes to the environment.
Great diversity in management actions

There is no formal definition or distinction between entry-level and higher-level AES in the EU. Entry-level schemes are described in the report as being fairly simple management achievable by the majority of farmers without major change to their existing farming systems; often relatively close to the environmental reference level which forms the baseline for agri-environment payments under the relevant legislation; and accessible through a non-competitive application and approval process which is largely administrative.
The significance of the focus on entry-level schemes is that the management actions are close to the ‘simple, generalisable’ measures that the Commission has proposed for the Pillar 1 green payment. But there the similarities end. The implementation of entry-level AES across the EU could not be more different from the Commission’s greening proposal than night from day.
Thus the report identifies a total of 63 management actions which it groups into 15 broader categories where the types of action are similar, or share a common focus or aim. For example, limits to application of fertiliser, plant protection products or lime were grouped under the category of input management. All the 63 actions are listed in the box, in descending order of frequency of occurrence of the categories within AES.

There is considerable variation in both the number and type of management actions found with AES in different RDPs. Fewer than five of the possible 63 different types of management actions are included in some regions compared to more than 25 in others, with an average of 15 per RDP.
The management of grass and semi-natural forage is the most commonly occurring category, found in 77 of the 81 RDPs in continental Europe. It is also the category that covers most individual types of actions, 16 in total, including requirements to maintain areas of permanent pasture, upper and lower limits to grazing intensity, restrictions on burning of vegetation, as well as wildlife-friendly cutting regimes and hay making.
The differences in detail in the management actions required across RDPs is striking. Grazing regimes for livestock are the most common type of management actions within the category, closely followed by cutting regimes. The report describes these differences as follows:

Grazing regimes typically specify limits for stocking densities, seasons at which livestock are allowed to graze and, in some cases, define the type of livestock to be used14. Stocking densities may be set as an upper limit, or as a range with a lower limit also defined. Minimum densities vary from 0.1 livestock units per hectare (LU/ha) in Andalucía, Spain to 1LU/ha in Piedmont, Italy with maximum allowed densities ranging from 1LU/ha in Andalucía, Spain up to 2.5LU/ha in Hamburg, Germany (this figure is particularly high, and is just for seasonal grazing between July and November). Two livestock units per hectare is the more commonly specified maximum, present in 12 RDPs. This range is perhaps unsurprising given the different climates, soil types and seasonal variations across the EU, which means that different types of land will have different environmental carrying capacities. For the same reasons cutting regimes can have a range of requirements, including the number and orientation of cuts (such as from the centre to edge of the field), the earliest date at which mowing starts (often in mid June), how much of the parcel can be cut at any one time, the minimum height of sward to be left and the removal of the cut material.
Within agri-environment schemes, grazing regimes are invariably delivered as part of packages that include other actions from this category (such as maintenance of permanent pasture, scrub control, no burning) and also from other categories (for example limits to fertilisers and other inputs, to tillage and other mechanical processes that might affect soil structure). Cutting and grazing regimes may be packaged together or delivered separately, and a single RDP may have more than one package for the management of grassland and semi-natural forage.

Lessons for greening the CAP

What we learn from this analysis is that member states and regions, when tasked with designing agri-environment schemes to deliver environmental benefits, come up with very different solutions in terms of the management actions required of farmers depending on the climatic, physical, structural and agronomic characteristics of their areas. Furthermore, the 10 case studies show that there is a dynamic relationship between the actions that are included as part of GAEC and those actions for which farmers can be compensated as part of entry-level AES. Member states and regions make regular adjustments to the former which then have knock-on effects on the latter (given that the reference level or baseline on which the entry-level AES build is now changed).
The difference with the ‘one size fits all’ approach proposed by the Commission for its Pillar 1 green payment could not be starker.
Of course, making use of flexibility to address local environmental issues in the most appropriate way comes at the cost of a uniform treatment of farmers across the EU. A management action which is part of GAEC standards in one country/region may be eligible for compensation as part of an entry-level AES in another. Farm organisations complain about this diversity of treatment, and member states criticise the absence of a level playing field. But environmental pressures differ from one region to another. Equal treatment does not necessarily mean equitable or cost-effective treatment in this case.
Another objection is that flexibility in some cases may simply mean that some member states have designed schemes which make few environmental demands on farmers in return for payment. This underlines the important role for the Commission in auditing schemes and ensuring a broadly equivalent level of environmental ambition.
There are limits to the IEEP study which are recognised in the report. In particular, the study does not attempt to measure or evaluate the environmental impact of the management actions in entry-level AES. But it should cause decision-makers to pause and reflect on how best to really use the CAP budget to deliver environmental benefits.
Image downloaded from http://www.flickr.com/photos/13847552@N03/3906560447/ and used under a Creative Commons licence