The dependence of Irish farm incomes on the Single Farm Payment and other direct payments was starkly revealed by the publication of the 2006 results of the annual National Farm Survey (NFS) this week. Fully 98% of Family Farm Income (FFI) on Irish farms in 2006 was derived from the Single Farm Payment and other direct payments; only 2% represented the return from the market, the lowest recorded since the Survey commenced. Market FFI per farm in 2006 was only €334. In 2004, 86% of Family Farm Income came from direct payments and subsidies, and 14% from the market place.

The NFS contributes the Irish data to the EU’s Farm Accountancy Data Network but, unlike in many EU member states, it is drawn from a nationally representative sample of farms and thus provides a fair representation of the financial performance of the Irish farm population. However, direct payments/subsidies contribute a higher proportion to net income in the National Farm Survey compared to national statistics as pigs, poultry and other miscellaneous agricultural output on which direct payments are not made are excluded from the NFS results. It should also be noted that direct payments and subsidies include payments under agri-environment schemes, the less favoured areas scheme, forestry premia as well as the Single Farm Payment.

The key income concept is Family Farm Income. This is calculated by deducting all the farm costs (direct and overhead) from the value of farm gross output. FFI represents the financial reward to all members of the family who work on the farm for their labour, management and investment. It does not include income from non-farming sources and thus may not be equated to household income. However, where it does represent all the income of the farm family, it is expected to provide for that family’s living expenses as well as being a source of future investment in the farm business. 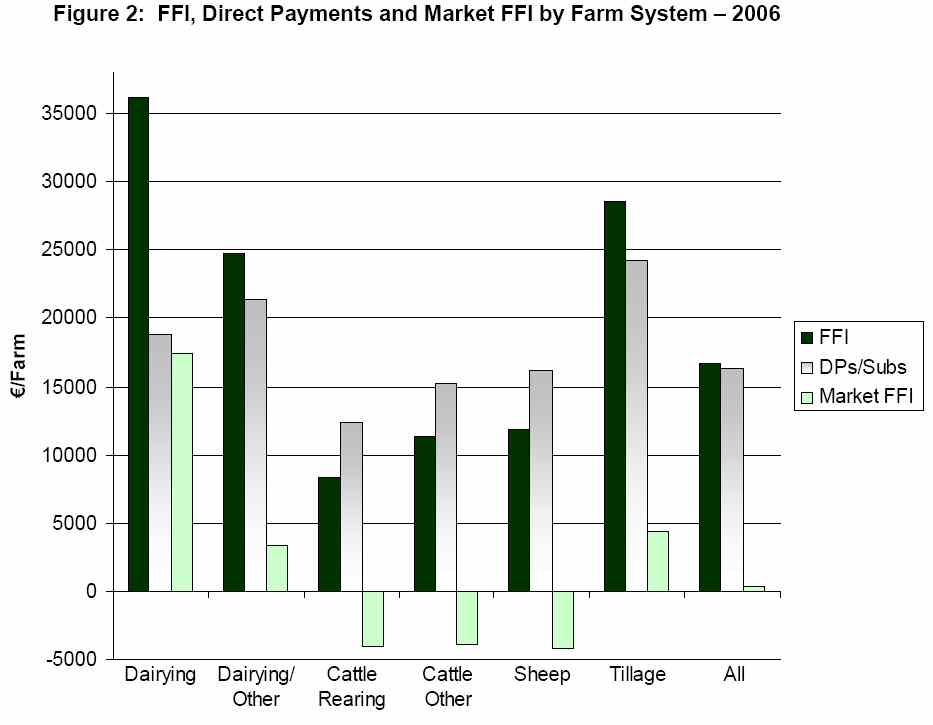 The full report is available on-line.