When the Commission unveiled its proposals for the health check back in November 2007, the DG Agri spin machine highlighted the proposals to introduce upper limits on the subsidies that are paid to Europe’s largest, wealthiest and most competitive farmers. What got much less attention was the plan to introduce lower limits, at a level of €250 per annum. This could make life even harder for some of Europe’s poorest farmers and shepherds who barely get a look-in when it comes to Brussels handouts.

According to the Commission’s impact assessment, the introduction of the single farm payment and the enlargement of the EU into central and eastern Europe has dramatically increased the number of very small farms claiming subsidy from the CAP. As things stand, 31 per cent of single farm payment recipients receive less than €250. The Commission argues that:

The very large number of small beneficiaries of CAP direct payments reflects more general structural aspects of EU agriculture. For many of these small beneficiaries, agriculture may be only one of several economic activities. These activities may be related more or less directly to agriculture. Consequently, any change in the payment rules would be unlikely to have significant agricultural employment impacts but could remove an alternative income source in rural areas with many small and part-time farmers.

The implication is that it is just part-time or hobby farmers who have entitlements of less than €250 per year, the favoured example being the stockbroker with a pony paddock. There is no doubt that such cases exist, but it is also worth remembering that some parts of Europe have a large number of subsistence or near-subsistence farmers. They are concentrated in the new member states and in particular in Bulgaria, Romania and Poland. The Commission does conced that “lower limits could be criticised in some member states as an unfair treatment of small farmers.” 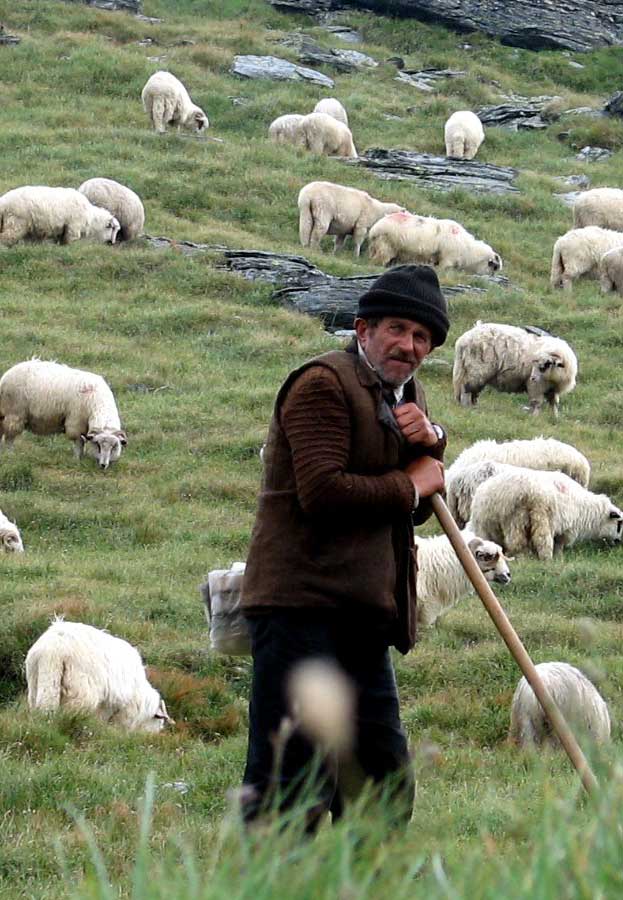 Despite what farm ministers and agriculture commissioners would have us believe, the CAP is neither targeted at helping poor farmers nor at supporting sustainable and high nature value farming practices. If it were, it follows that low-intensity upland grazing in remote mountainous regions where there are high levels of poverty, low levels of literacy and very few other employment options ought to qualify as a high priority area. The irony is that for shepherds in places like the Fagaras mountains in Romania (pictured) the CAP is inaccesible and irrelevant. EU food safety regulations restrict how they can sell their traditional, hand-made cheeses but they get precious little from the EU’s subsidy system. €250 might be crumbs to a cereals farmer in the Paris Basin, but to a Romanian shepherd, it’s a sizeable sum. Introducing lower limits on payments risks further penalising a very hard-pressed and marginal group. There must be ways of addressing the relatively high transaction costs of paying out very small sums of money. Perhaps entitlements could be claimed every other year, so a recipient gets two year’s payments in one go?

The table below shows estimates of the number of subsistence and near-subsistence farms by member state, defined as less than 1 ESU (European Size Unit)*

The Standard Gross Margin may be different from actual margin on a farm because of the wide variation between farms with the same physical composition. A European Size Unit (ESU) is a measure of the economic size of a farm business based on the gross margin imputed from standard coefficients for each commodity on the farm. In concrete terms, 1 ESU is roughly corresponds to:

or equivalent combinations of these.

* A European Size Unit (ESU) is a measure of the economic size of a farm business based on the gross margin imputed from standard coefficients for each commodity on the farm. The application of these standard coefficients results in the Standard Gross Margin (SGM) for a farm or group of farms. 1 ESU = 1200 SGM.

3 Replies to “The CAP and Europe’s subsistence farmers”