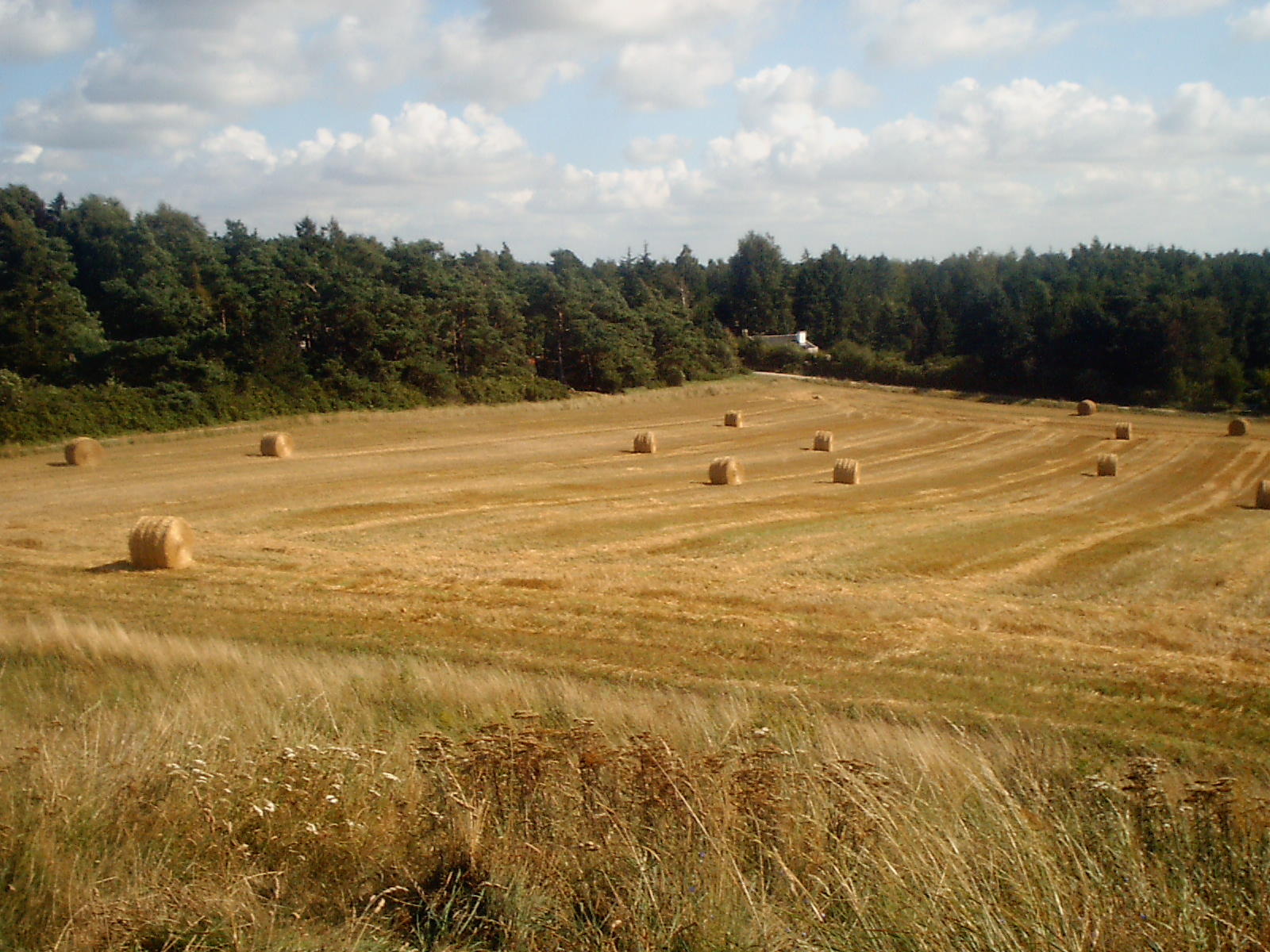 2022 was a challenging year for farming in the EU. Buffeted by weather extremes, disease outbreaks and rising input costs due partly to the lifting of COVID-19 restrictions but particularly following the Russian invasion of Ukraine in February, there was a sharp drop in agricultural production. Yet despite the predictions of doom and gloom, 2022 was a record year for EU farm income.

We had effectively the converse situation to the farmer in Shakespeare’s Macbeth who ‘hanged himself on the expectation of plenty’. Shakespeare’s farmer had hoarded grain in order to sell it later, when prices went up. But when prices went down instead due to a good harvest, he goes bankrupt and hangs himself in despair. In 2022, EU production went down but the rise in prices more than compensated, and farmers in aggregate had a very good year. This post looks at the outcome at year end, based on the preliminary Eurostat figures published in mid-December.

The first table presents production and input changes for main aggregates as well as for some key commodities. Overall, agricultural production was down by 3.5%, with a larger fall in crop output (4.8%) than for livestock output (1.5%).  Although livestock production was adversely affected by various animal diseases, notably African swine fever (pigs) and avian flu (poultry), the impact of the severe drought conditions across much of Europe over the summer had a larger negative impact on crop production.

The latest update from the European Centre for Disease Prevention and Control in December reported that, between October 2021 and September 2022, Europe suffered the most devastating highly pathogenic avian influenza (HPAI) epidemic. There was a total of 2,520 outbreaks in poultry, 227 outbreaks in captive birds, and 3,867 HPAI virus detections in wild birds, resulting in 50 million birds culled in affected establishments. In the last quarter of 2022, 1,163 HPAI virus detections were reported in 27 European countries in poultry (398), captive (151) and wild birds (613).

The Joint Research Centre MARS Bulletin in mid-summer reported that the yield outlook for EU summer crops was substantially reduced due to continued hot and/or dry weather conditions in large parts of Europe. At EU level, the yield forecasts for grain maize, sunflowers and soybeans were most markedly reduced (by 8 to 9%) while forecasts for winter crops – at that time reaching the end of the season –remained close to the 5-year average.

The impact of these weather conditions shows up most clearly in the 9.5% reduction in cereals output in 2022, while production of horticultural products fell by 6.8% and of fruits by 3.5%.

The fall in animal output was particularly concentrated in the pig sector where production fell by 3.9%. The slight fall in animal products is entirely due to a small drop in milk production while egg production actually increased slightly.

Input use overall fell by 3.1% in part driven by higher prices (see below). There was a particularly strong fall in the use of fertilisers (by 9.4%) and also feedingstuffs (by 3.9%).

Production is influenced not only by weather and disease events but also by price developments. The extraordinary changes in both output and input prices in 2022 are shown in the next table. Input prices increased by slightly more than output prices, 23.9% for output prices and 25.4% for input prices, but with marked differences between individual items. On the output side, the increase in cereal prices of 41.8% is particularly striking, while among inputs the increase in fertiliser prices of 82.8% was particularly dramatic. These price increases have been way outside the range of recent experience.

Combining production and price trends gives us the outcome in terms of income which is shown in the final table. The bottom line is that entrepreneurial income, equivalent to family farm income, increased by 24.7% in 2022. The preliminary estimate of family farm income of €131 billion is by far the highest level of income ever achieved. It stands in sharp contrast to the successive warnings of crisis that we heard throughout 2022.

The COVID Temporary Crisis Framework was introduced in March 2020  to enable Member States to use the full flexibility foreseen under State aid rules to support the economy in the context of the coronavirus outbreak. It came to an end in June 2022 apart from some investment and solvency support measures which can be implemented until December 2023. Another Temporary Crisis Framework was introduced in March 2022 following the Russian invasion of Ukraine to enable Member States to provide state aid to companies adversely affected by the sanctions packages or to compensate companies for the additional costs incurred due to exceptionally high gas and electricity prices. In addition, countries could use the usual State aid rules to provide compensation to farmers for drought conditions or other disaster situations.

For example, in February France announced an emergency package for the French pig industry amounting to €270 million financed through state aid. Poland announced a state aid package of €88 million for its farmers in the same month. Romania was authorised to provide aid of €75 million to compensate farmers for drought losses in 2021 and 2022 providing grants of €305/ha for eligible cereal farmers. In other cases, farmers benefited from general aid schemes not necessarily targeted specifically at farmers themselves.

We should be clear that, even if aggregate farm incomes hit record levels in 2022, there can be considerable variation by Member State and sector around this average. For example, energy-intensive production of vegetables in glasshouses was particularly hard hit. In some cases, State aid can be justified. But, in hindsight, it is clear that the drumbeat of successive warnings of a farm income crisis were well wide of the mark. There are lessons here for the handling of future external shocks impacting on the agricultural sector.

The agricultural sector in the EU faced very significant shocks in 2022, from weather extremes, disease pressures, and particularly dramatic price changes for inputs and outputs. The Commission’s Communication in March 2022 on Safeguarding food security and reinforcing the resilience of food systems rightly noted that within the EU food availability was not at stake but food affordability for low-income households was. It argued that targeted support to producers facing input cost increases is necessary but should not undermine the long term objectives of a more resilient and sustainable food system. The Commission proposed a support package of €500 million, including by making use of the crisis reserve, (which could be trebled from national resources) to support producers most affected by the consequences of the war in Ukraine. It also pointed to the potential of the Temporary Crisis Framework adopted at the same time allowing aid to producers affected by the crisis (such as those affected by significant increases in input costs, in particular feed and fertiliser).

Even in August, the lobby group Farm Europe continued to argue that “the fear of an EU agriculture struggling against the consequences of such a price squeeze is real”.  It went on to argue that “Faced with a situation such as the present one, the maintenance of the European productive potential and of farmers at the forefront of our food security necessarily requires reductions in charges and financial aid (from fresh funds) to be decided and implemented urgently.”

The outcome, as we have seen, was quite different. Farmers posted record high incomes in 2022. Difficulties have been concentrated in very specific sectors in specific countries. Unfortunately, this information only becomes available at the end of the year. There is clearly a case for a monitoring system, probably based on farm models derived from the FADN farm accounts database, to provide more timely and up-to-date information on income developments in the course of the year. This would help to avoid the build up of a bandwagon effect pushed by particular interests which can be given free rein in the absence of reliable information.