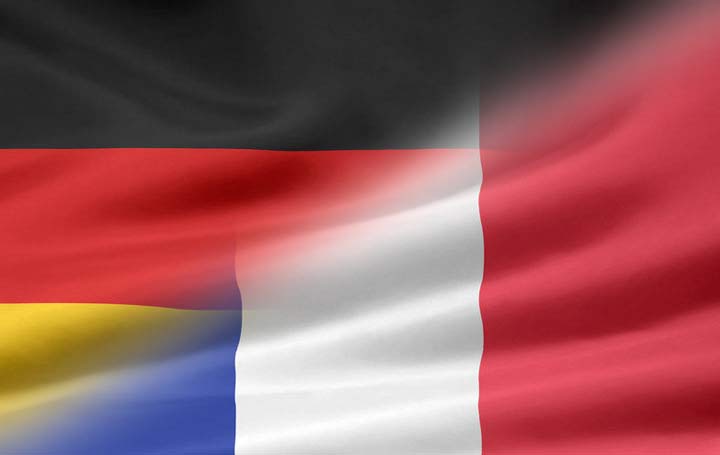 – There is nothing concrete on the future budget of the CAP and it is stressed that “a final decision on all questions relating to finances will be made when decisions are made on all policies and the entire EU financial framework”. In other words, there is not going to be another stitch-up like the Chirac-Schroeder deal of 2002 which effectively fixed the CAP budget for the next 11 years, short-circuiting the normal EU budget-setting processes.

– The two pillar structure of the CAP should be maintained, and no national co-financing should be required of pillar one expenditure (i.e. direct payments and market measures). This is something of a surprise, coming as it does from Germany, the major net contributor to the CAP and France, that is soon to become a net contributor. Co-financing is one way for net contributor countries to improve their budget balances.

– Once the budgets of the two pillars have been decided, there should be no need for modulation of funds between the pillars.

– While new measures may be needed to meet new challenges and objectives, these must “take very carefully into account the financial implications for each Member State.”

– It is argued that “EU standards must be met by all imported products” though it is not clear whether this relates to methods of production or EU sanitary and phytosanitary standards, which imports must meet already.

– The common position states that “In some sectors we need more transparency and more market power for the producer” and suggests some methods by which this could be achieved.

– “Decoupled payments have to remain central in any future system.” The common position argues that “direct payments provide remuneration for public goods that are not rewarded by the market, cover production cost caused by higher production standards desired by society and they contribute to the income of farmers and are an essential part of the risk reducing safety net for European agriculture”. France and Germany reject “EU-wide flat rate” for direct payments and argue that direct payment rates are to be set with regard to net budget positions of member states. Effectively, this is France and Germany saying they don’t want to pay any more for direct payments to Polish and Romanian farmers.

– Member states should investigate, on a voluntary basis, insurance and mutual funds, as a method for stabilising farm incomes over time.

– The countries support greater national flexibility in rural development policies and in “distribution of direct payments within a Member State”.

What should we make of the common position? It reads rather as though France’s main priority is to secure its own position on the CAP, which is to preserve the status quo with the addition of measures of the kind that were introduced as emergency measures during last year’s milk price crash. Germany, which also has concerns about price volatility, is additionally looking to constrain the CAP budget (and the EU budget more widely) and protect its national budgetary position.

The 5-page document can be downloaded from here (PDF).

One Reply to “Franco-German position on future of the CAP”