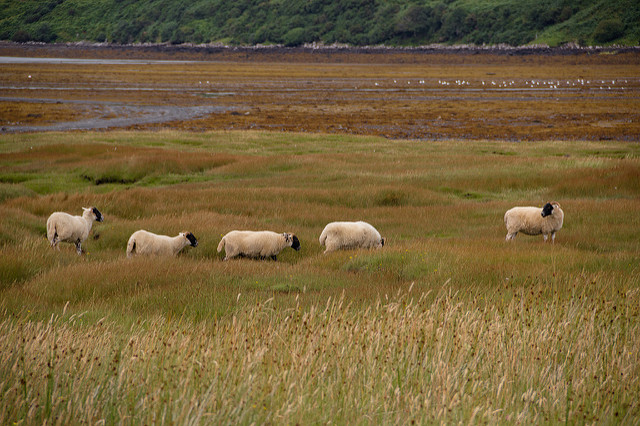 Commissioner Phil Hogan gave a presentation last week (Jan 24th) on the proposed environmental and climate architecture in the Commission’s legal proposal for the CAP post 2020 to the AGRI Committee of the European Parliament (the video session can be reviewed here). Today Monday (Jan 28th) the Commissioner gives a similar presentation to the AGRIFISH Council.

There are of course technical issues to be clarified around the Commission’s proposals. How will the proposed eco-schemes in Pillar 1 relate to agri-environment-climate measures (AECMs) in Pillar 2? How will Member States’ level of environmental and climate ambition in their CAP Strategic Plans be evaluated, and how will the level of effort across Member States be compared by the Commission when it approves these Plans? How will double funding be avoided, and what measures will Member States be able to fund in their eco-schemes?

However, the Parliament rapporteurs and the Member State representatives on the Working Party on Horizontal Agricultural Questions (CAP reform) under the AGRIFISH Council have ample opportunity to raise these technical issues with the Commission. So what exactly prompted Commissioner Hogan to request the opportunity to make a specific presentation to the AGRI Committee on the environmental architecture of the CAP post 2020 proposals?

My assumption is that the Commissioner has become increasingly alarmed by the push-back particularly from AGRI Committee members but also in the Council against his attempts to ensure a higher level of environmental and climate ambition in the CAP post 2020.

The Commissioner came with two main messages. His first message, repeating the message that environmental NGOs have tried to hammer home, is that the longer-term future of EU agriculture, and thus also EU food security, is under threat from unsustainable environmental practices which are degrading the soil, water and natural resource base for agricultural production. He thus argued strongly that farm production and environmental ambition were complementary and not in opposition to each other.

He also emphasised that using the CAP to tackle the environmental damage of agriculture was the strong desire of European citizens as reflected in various surveys, and that the CAP needed to be supported by all of Europe’s citizens.

His second message to the AGRI Committee representatives was more prosaic. In the context of the ongoing negotiations on the EU’s Multi-annual Financial Framework (MFF), he warned them that, without delivering on the sustainability agenda, agricultural interests would have big issues in defending the agricultural budget.

His argument to the AGRI Committee was that, if the co-legislature has a strong settled policy on agriculture, it can demand a larger CAP budget and additional financial resources to support the measures agreed. “Some people say we need the money first, but when we are looking for more money, we have to be able to say why we are looking for it.”

Hogan’s view is interesting because it reverses the position taken by the Parliament in the 2013 CAP reform. At that time, the Parliament refused to enter trilogues with the Council until the budgetary allocation for the CAP was agreed in the European Council MFF conclusions. The final amount closely reflected the CAP budget allocation put forward in the Commission’s MFF proposal, which resulted from an agreement within the Commission to maintain the CAP budget in return for a significant greening of the CAP.  As we know, these greening proposals were later significantly watered down by the co-legislator without any repercussions for the size of the CAP budget.

Commissioner Hogan seemed to be telling the MEPs that ‘once bitten, twice shy’. The European Council would not again be fooled into making money available based on promises that can be watered down. This time, it will want to know exactly what sort of agricultural policy it is getting before there is any hope of loosening the purse strings.

But if Commissioner Hogan was hoping for a positive response to his message among the AGRI Committee members, he must have been sorely disappointed. With very few exceptions, the response of the AGRI Committee was to pay lip service to the environment but to emphasise that, sorry, the money should be kept to support farm incomes and forget all your nonsense about demanding a higher level of environmental and climate ambition.

Among the comments: “Farmers are making a massive effort… Our farmers are the most environmentally responsible in the world… let’s not flood them and overwhelm them… lets not criminalise them … need to encourage them to make these further steps… economic concerns have to take primacy in the CAP… the proposal allocates 40% of the CAP budget to climate, is it acceptable that so much is given to climate and so little for working conditions?.. we need to address the problem of lack of income for farmers”.

Paolo de Castro stressed the need for a balance between higher environmental ambition and farm support, but few MEPs were minded to recognise the total imbalance in the way CAP resources are currently spent. In an hour of debate, only one MEP, Mr Tibor Szanyi from Hungary, was prepared to acknowledge some of the environmental damage that needs to be addressed when he referred to air pollution due to ammonia emissions in central Europe. For other members of the AGRI Committee, the imperative to address environmental and climate challenges was as foreign a concept as eating meat for a vegetarian.

Update January 28: The Commissioner circulated a paper on the green architecture in the CAP draft proposal and used a presentation to support his contribution which are now posted on the COMAGRI website. The paper presents case studies of how a Member State might address biodiversity, water and climate change targets in its CAP Strategic Plan. It is a useful elaboration of the Commission’s proposal.

Photo credit: Sheep on the Isle of Skye, by Alec Berger via Flickr