A week ago I asked why a unfavourable report on cross compliance by the Court of Auditors, adopted on 4 November, has not yet been published. I wondered whether it had anything to do with the imminent end game of the health check negotiations, which featured propoals to further weaken cross compliance requirements. Turns out my hunch was correct. The Commission did not want the report to see the light of day, at least not until the health check was done and dusted, according to Paulo Casaca MEP.

For those who don’t know, cross compliance is the EU jargon for the strings attached to the €36 billion of direct payments to farmers handed out each year. The idea is that if farmers break the law by pouring slurry into nearby rivers, mistreating their livestock or fail to guard against animal diseases like BSE and foot and mouth, they get their subsidies cut. To say that cross compliance is applied with a featherlight touch in most member states is an understatement. Farmers hate it, so do most of the people responsible for enforcing it. Moreover, the requirements of cross compliance in most cases go no further than what is already required by national law. So farmers are being paid €36 billion not to break the law. Nice! Rather like paying drivers not to break the speed limit.

I have it on reliable evidence that the Court of Auditors report takes a dim view of cross compliance and makes uncomfortable reading, particularly for those (like Agriculture Commissioner Mariann Fischer Boel and most of Europe’s farm ministers) who want to further reduce the ‘burdens’ of cross compliance.

But back to the cover-up. I’m told the Commission used a simple but effective bureaucratic tactic to ensure that the report was not published in advance of this week’s plenary session in the Parliament and Council meeting: it delayed the translation of its responses to the Court’s findings. Under EU law the Court is required to publish alongside its own report the responses of the Commission to its findings. The law sets down a time limit for the Commission to produce its response, and the time limit was adhered to. 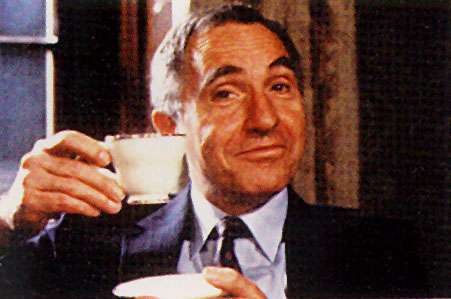 However, according to Mr Casaca, the Commission delayed the translation of its response into other languages, and there is no legal time limit on the translations. This is how the Commission delayed the publication of the report and I agree with Mr Casaca that it is a bona fide scandal. No doubt Sir Humphrey (pictured, right) would be proud of his EU protégés. Though it leaves the rest of us feeling a bit cheated.