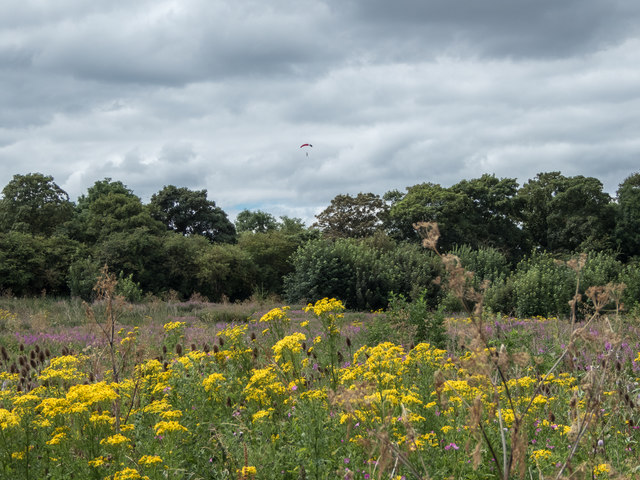 This post is contributed by Jean-Christophe Bureau who is professor of of economics at AgroParisTech, Université of Paris-Saclay, and heads the joint research team in public economics of INRA, the National Institute for Agricultural Reseach in France.

The idea that the definition of CAP instruments has been (and still is) heavily constrained by World Trade Organisation rules is widespread. In debates on the post 2020 CAP, the issue of compatibility with WTO disciplines is raised each time coupled payments, countercyclical payments, support to production in less favoured areas, risk management or income stabilization schemes are discussed. An issue of particular interest (which this post focuses on) is environmental payments.

It is often stressed that WTO discipline imposes strict limitations in this area; in particular, that payments to farmers for environmental services need be limited to compensation of the additional costs experienced. This has important consequences for the design of the future CAP. A rigid interpretation of the WTO discipline might prevent grounding future CAP instruments on key economic concepts such as opportunity costs, willingness to accept, or to adjust payments to the social values of the public goods provided. In particular, it could make it difficult to expand innovative instruments such as result based payments or auction based payments.

The WTO constraint and the CAP

Multilateral trade rules have influenced the design of the CAP. CAP reforms and WTO negotiations were intimately linked in the 1990s. The WTO discipline helped the Commission and the pro-reform Member States to restrict the set of feasible policies at times when there was a debate on lowering administrative prices vs. expanding supply control policies. For example, in the mid 1990s, generalization of two-tier quota schemes (such as existed for sugar) was largely ruled out as a feasible policy option by stakeholders because of its potential incompatibility with WTO rules. Later, the prospect of a Doha agreement helped lock-in the Fischler and Fischer-Boel reforms within the Council, as shown by Alan Swinbank in a report previously reviewed in a post on this blog.

However, there has been a long tradition of using the WTO as a convenient excuse for policy changes driven primarily by domestic motivations. The Commission could logroll the “blame it on Brussels” stance by Member State administrations with a “blame it on Geneva”. Anti globalization NGOs also found it useful to inflate the role of the WTO constraint in reforms, as a way to channel farmers’ discontent against their primary target, i.e. the mere concept of trade liberalization.

In reality, all major CAP reforms were driven much more by domestic constraints than the WTO. The 1992 move from price support to direct payments was a self-imposed change, made necessary by budget costs and fundamental market imbalances. The decoupling of the direct payments after 2003 made the EU negotiating position easier during the early stage of the Doha Round, but it responded primarily to domestic objectives, e.g. limiting the incentives to grow more barley and maize in new Member States that resulted from area based payments.

The progressive reduction and elimination of export refunds was also largely self-imposed: at some point, budget constraints were such that Member States could no longer ignore that subsidizing foreign consumers and worsening the EU terms of trade with refunds was a poor use of the EU taxpayer’s money. The WTO discipline did result in the conversion of variable levies in tariffs, an important change for the CAP, but the 1994 Agreement on Agriculture had a small impact on the EU level of agricultural protection (1). And the WTO played almost no part in subsequent cuts in EU applied tariffs (see my recent CEPII paper).

In brief, the only cases where reforms can be directly linked to a WTO constraint are sugar and bananas where an adverse panel ruling had to be followed by policy changes (and even in these two cases it is noteworthy that several Member States were anyway pushing for such reforms, which did not help winning the WTO panels). On other issues WTO discipline has been an implicit threat that restricted the set of policy options, but it has hardly been a real constraint on the CAP over the last three decades.

Today, it is often argued that the WTO discipline is a major constraint for the design of innovative environmental schemes because it limits payments to covering only the observed extra costs imposed by the required environmental effort. This “WTO issue” is well summarized in the (excellent) 2013 synthesis by Rob Burton and Gerald Schwarz. They focus on result based agri-environmental payments, but their analysis applies to a broader set of instruments. They explain that signatories of the 1994 WTO Agreements required measures that ensured that agri-environmental payments would not be trade distorting. They stress the role of what they call the “key” criteria of Annex 2 Section 12 of the Agreement on agriculture:

Burton and Schwarz’s interpretation is that WTO rules require that agri-environment schemes in the so-called Green Box pay only for the income foregone by the land owner / manager and the additional costs incurred. Their interpretation is widely shared. For example, I was surprised to see how many times this issue of the “WTO constraint” on environmental schemes was raised by participants at a recent Commission Outlook Conference during the debates on public goods.

More important, the “WTO constraint” is frequently put forward by Member State authorities in discussions on environmental schemes (2). When asked about more details on this issue, Member State administrations point out that the Commission has constantly interpreted the WTO commitments in a strict way stressing that environmental payments should be based on foregone costs. And that this has led to reject some proposed schemes where payments were considered as exceeding extra costs. In some cases the acreage involved a few dozen hectares, i.e. a scale that was unlikely to create market distortions. When Member States needed to provide payments high enough to attract farmers (i.e. consistent with a participation constraint in contract theory), it seems that the Commission requires that Member States justify “transaction costs” when the payments exceed extra costs incurred, and that justifications are scrutinized and often found insufficient.
Whether complying with WTO commitments is the main reason for the Commission’s rigid interpretation is unclear (I will come back to this in the conclusion). However, if it is the case, the rationale is questionable. Knut Per Hansun and Maria Johansson have convincingly argued that the EU regulations were more restrictive than the WTO Agreement and that “paying for environmental results is WTO compliant” (see their Eurochoices paper). Since I could not agree more with them, I will simply provide a few extra points supporting their view that the “WTO constraint” is not by itself such a major obstacle to innovative payments (3).

The Commission has a rather strict interpretation of the “extra cost or loss of income” compensation criterion when approving environmental schemes. There might be some well-founded motivations to do so, which would need to be explored further. One of them might be the difficulty of finding a satisfactory benchmark of what is “standard practice” compared to additional effort that would justify payments, if one departs from a criterion of extra production cost. The Commission’s interpretation may also reflect its long lasting refusal to introduce any measure that might be “non green box” in Pillar 2, a position which could be motivated by (defensible) strategic reasons (7). It is also possible that the Commission is reluctant to move away from an “extra cost” approach because it might open legal possibilities for non farmers (e.g. landowners active in biodiversity protection) to demand eligibility to agri-environmental schemes, something that DG Agri has always resisted.

However, the Commission seems to be keen on waving the “WTO constraint” when Member States propose innovative environmental schemes (or payments for less favoured areas). The idea that the WTO is a major obstacle to implementing new forms of environmental payments is unconvincing. Environmental payments could be based on farmer’s willingness to accept, could be indexed on the social value of the amenities provided, or could be conditioned on results without conflicting seriously with the EU’s WTO obligations.

(1) A number of authors pointed out that the combined effects of “dirty tariffication” (overestimation of initial protection granted by former non tariff instruments) and “tariff cuts dilution” (i.e. the fact that the compulsory cut in base tariffs in the 1994 Agreement on Agriculture was an arithmetic average, and tariff lines very low tariffs and products of little economic importance beared the largest cuts) resulted in a very small decrease in EU agricultural protection. Most of the cut in tariffs after 2000 resulted from trade deals outside the WTO. See the CEPII paper quoted above for references.

(2) See for example the conclusion of an evaluation report on the French scheme ‘Flowering meadows’. “The rationale behind the ‘Flowering Meadows’ measure (…) allows farmers to adapt their management practices to the vegetation of each plot, and to adjust them according to changing conditions (…).Officials at the Ministry of Agriculture are cautious, or even reluctant to work in this way. They stress that alternatives to management prescriptions are strongly constrained by the compliance with WTO rules.“

(3) Some of the items below are borrowed from conversations with several colleagues over the years. This includes informal discussions with Alan Matthews, Lars Brink, David Blandford, Tim Josling and Guilhem Brun during the last decade. I am unable to allocate proper quotations to the right authors but they all deserve credit even though they do not share all the point of views expressed here. See for example Lars Brink’s point of view on this topic.

(4) There is a broad literature on this that I discuss extensively in a working paper “Developing indicators of Environmental Policy Stringency for the Agriculture Sector in OECD Countries“, forthcoming OECD, Paris.

(5) The €2.4 billion figure is an OECD estimate of the “Agri-environmental and climate payments” measure (i.e. “P2M10”). It includes both the national contributions and the EU budget (i.e. €1.7 billion in the EAFRD report for 2016). This figure corresponds to a narrow definition of agri-environmental payments, not including afforestation, payments to organic farmers and Natural 2000 payments. The EU notifies €7.8 billion for environmental schemes to the WTO as part of the Green box. Some authors include payments to less favoured areas as environmental payments. Even though, the €12 billion figure mentioned by Hensun and Johansson seems a very high estimate.

(6) Arguably, there is a grey area surrounding split notifications under the WTO. The United States has long notified an AMS on dairy that was calculated on the basis of processed products, which account for only a share of total milk production; the EU and Canada have done the same; and India, Brazil, Turkey and Thailand have calculated their AMS on the basis of state intervention that is also far below total production.

(7) Note the October 2017 proposals for risk management instruments under the omnibus regulation seems to indicate a policy change in this area, since they suggest Pillar 2 measures will be notified as non exempt to the WTO.