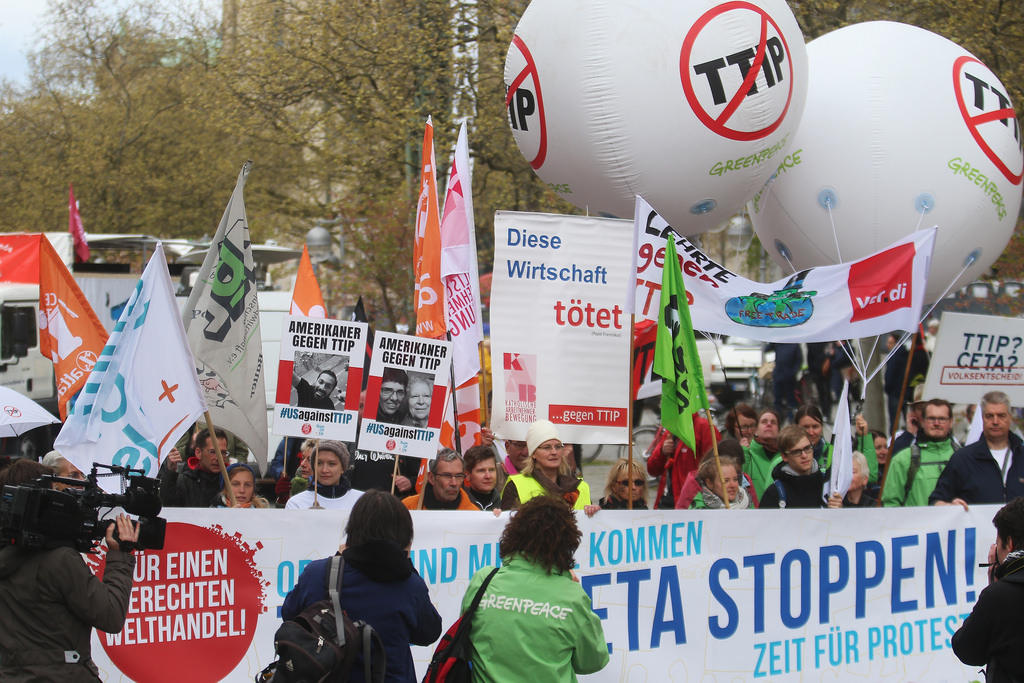 In a new study for the AGRI Committee of the European Parliament, Professor Alan Swinbank of the University of Reading turns this traditional focus on the impact of the CAP on world markets on its head. His study The Interactions between the EU’s External Action and the Common Agricultural Policy instead looks at how the external dimension of the EU – including trade policies pursued through the WTO and other international obligations and its development co-operation activities with neighbouring states and developing countries – have influenced the evolution of the CAP.

The impact of the external dimension on past CAP reform

The resulting study is a great romp down memory lane. It begins by recalling the concessions the EU (then the EEC) had to make in the Dillon Round of the GATT 1960-62 to compensate other countries for trade advantages they claimed to have lost due to the creation of the EEC customs union with its common external tariff at that time. This led to the EU binding its duties on soybeans at zero per cent. It also bound its duties on maize gluten feed and manioc to zero per cent as well.

When animal feed compounders found ways to mix these ‘cereal substitutes’ which displaced high-priced EU cereals in animal feed rations, this not only caused budget headaches as the EU tried to find ways to dispose of its surplus cereals, but also skewed the geographic location of the EU pig and poultry industries to regions with easy access to ports and away from those regions where the cereal surpluses were produced.

The EU attempted to support its oilseeds sector through a system of deficiency payments rather than border support, but in 1990 the US won a GATT dispute claiming that this nullified the trade advantages for soybeans it had been granted in the Dillon Round. With the US threatening trade sanctions, this was one of the factors that encouraged the EU to sign up to the Blair House Agreement in November 1992 which opened the way to the conclusion of the Uruguay Round and the creation of the World Trade Organisation (WTO). Here is one of the earliest examples of the influence of external factors on the evolution of the CAP.
Swinbank has long advocated the argument that the GATT/WTO dimension was an important driver of the CAP reforms through to the 2008 reform, and that it was the lack of a WTO driver that led to a rather different outcome for the post-2013 CAP. Nonetheless, the agreement at the Nairobi WTO Ministerial Conference in December 2015 to prohibit the payment of export subsidies on agricultural products (albeit with a transitional period) shows that multilateral trade rules continue to play a role in constraining agricultural policy decisions in the EU.

With further multilateral trade liberalisation in the WTO Doha Round apparently deadlocked, the EU like other countries has sought to pursue bilateral preferential trade agreements (regional trade agreements RTAs). The study reviews the state of play of these agreements and their likely impacts for the agricultural sector.

Although individual RTAs can involve both opportunities and threats for EU farmers, Swinbank emphasises that the cumulative effect of these agreements is more likely to depress EU market prices and imply tighter competition in the EU for those CAP products still protected by high tariffs: beef, sugar and ethanol, and dairy products in particular. The Commission is currently undertaking a study to analyse the economic cumulative effects of ongoing and upcoming trade negotiations on the EU agricultural sector, to be completed by Autumn 2016.

The influence of the development dimension

The Swinbank study also discusses how the EU’s efforts to promote development co-operation with developing countries have had an impact on the CAP. The chapter focuses on food aid policy and the main preferential trade arrangements offered by the EU to developing countries (the Lomé/Contonou Agreement with African, Caribbean and Pacific countries and the Generalised System of Preferences, including the Everything but Arms scheme for the least developed countries).

The study notes how these agreements contributed to the reform of specific CAP commodity regimes, including bananas, sugar and rice. However, in focusing on the direct links between trade arrangements and CAP reform in this chapter, the chapter arguably underplays the role of the development dimension in encouraging CAP reform.

The Maastricht Treaty in 1993 included a commitment to policy coherence for development which required the Union to take into account the impact on developing countries also in its non-development co-operation policies. While the practical impact of this commitment can be debated, it did encourage a campaign to improve the policy coherence of EU agricultural policy with developing country interests.

The successful highlighting of and mobilisation around the adverse effects of export subsidies on developing countries by development NGOs in the early 2000s was the first significant challenge to the dominance of farm interests in EU agricultural policy-making and helped to create the environment in which further CAP reform was possible.

Biofuels policy is another domain where development NGOs, in association with environmental NGOs, have exerted considerable influence. Biofuels policy is not directly part of the CAP and, as this new study highlights, there have been relatively few CAP provisions that directly encouraged biomass production for energy purposes, and none are operative now.

Instead, biofuels have been encouraged by a variety of policies such as excise tax exemptions and mandates which benefit as much imported biofuels as biofuels produced from raw materials supplied by EU farmers. The recent legislative decisions to reduce the percentage that first-generation biofuels can contribute to the target for renewable energy in transport fuels and to strengthen sustainability criteria, and the Commission’s decision not to propose a mandatory target for biofuels after 2020 in its Energy and Climate Framework package, reflect in part the campaigning by development NGOs on these issues. The significance of the policy coherence for development commitment might have been given greater prominence in the study.

The impact of the external dimension on the next CAP reform

The final contribution of the study is to identify those external influences which are likely to have the most influence on the shape of the future CAP. This seems to me to be an excellent summary of the issues and it is worth quoting this final section in full.

As the EU’s institutions begin their preparations for determining the post-2020 CAP, which of the EU’s external policy actions are most likely to influence the discussions and —more importantly— the outcomes? Perhaps the most pressing need is to implement the EU’s commitment in Paris to reduce its GHG emissions by 40% by 2030 (whilst recognising that, collectively the world will need to do more if it is to keep the increase in global temperatures to no more than 2°C). For the CAP this suggests that there needs to be a thorough assessment of the cost-effectiveness of the greening provisions introduced by the 2013 reform, and its possible revision. Incentive schemes to compensate farmers for carbon sequestration are another possibility.
With regard to trade negotiations, completion of the Doha Round would be unlikely to put much immediate pressure on the CAP, although it would lock-in the decoupling of support brought about by past reforms. If the Round is completed, and if the EU’s Green Box declarations are then challenged, it would be well into the 2020s before the EU would need to reformulate its policies to make them WTO compliant.
If, instead, the Doha Round remains in limbo, the EU retains a large margin of manoeuvre within its AMS binding that would allow an increase in its Amber Box support. This, for example, would allow a redesign of its environmental policies (particularly for carbon sequestration), which currently are constrained by the Green Box stricture that payments cannot exceed ‘the extra costs or loss of income involved in complying with the government programme’. Moreover, for those critics of decoupling and a neo-liberal agenda, more recoupling of support to boost EU food production could be accommodated within existing AMS constraints. Further WTO Dispute Settlement cases challenging various aspects of the CAP cannot be ruled out, but none are foreseen for the moment.
Completion of the Doha Round would though involve acceptance of a steep reduction of tariffs on a number of highly protected CAP products —sugar, dairy, beef, etc.— and in that respect involve changes to the CAP. But a similar impact on market prices could result from implementation of the many trade agreements in negotiation or contemplated: with Canada, the USA, Mercosur and Australia in particular.
The geopolitical tensions around the Mediterranean Basin, and in the former Soviet empire, remain dangerously fluid. New alliances and trade commitments could conceivably emerge. This could result in greater competition on the EU market for fruits and vegetables, olive oil, and wine, but this is probably unlikely to result in modifications to the CAP as such. Such a development would, however, likely reinforce calls to maintain a strong element of basic income support for EU farmers.
Perhaps the biggest challenge the post-2020 CAP faces is that of Brexit, which could occur as soon as 2018. Revised trade arrangements between the UK and its former EU partners will take time to formulate, but if a FTA that excludes agriculture is not put in place this could put severe pressure on market prices in regions that currently have a heavy dependence on the British market (e.g. Irish beef). Moreover, unless the UK can be persuaded to pay a sizeable fee to access the Single Market, the loss of the UK’s net contribution to the EU budget might trigger a reconsideration of CAP funding in the post- 2020 multi-annual financial settlement.