France has always played a pivotal role in the CAP. As a founder member of the EU, Europe’s largest agricultural economy and the biggest single beneficiary of CAP monies, it has a lot at stake. It is therefore fascinating to witness a violent power struggle within Nicolas Sarkozy’s government over the future of the policy.

On 18 October, French Environment Minister Jean-Louis Borloo and Sustainable Development Minister Chantal Jouanno put their names to a 16-page reform proposal that would see France’s current annual €10 billion a year in CAP payments be divided between basic income payments with environmental compliance (€3 billion), farmland conservation contracts (€6 billion) and food chain and price safety nets (€1 billion). This would be a radical redistribution. Currently 90 per cent of CAP spending in France is in the form of direct aids and market measures, with only ten per cent spent on farmland conservation and rural development. 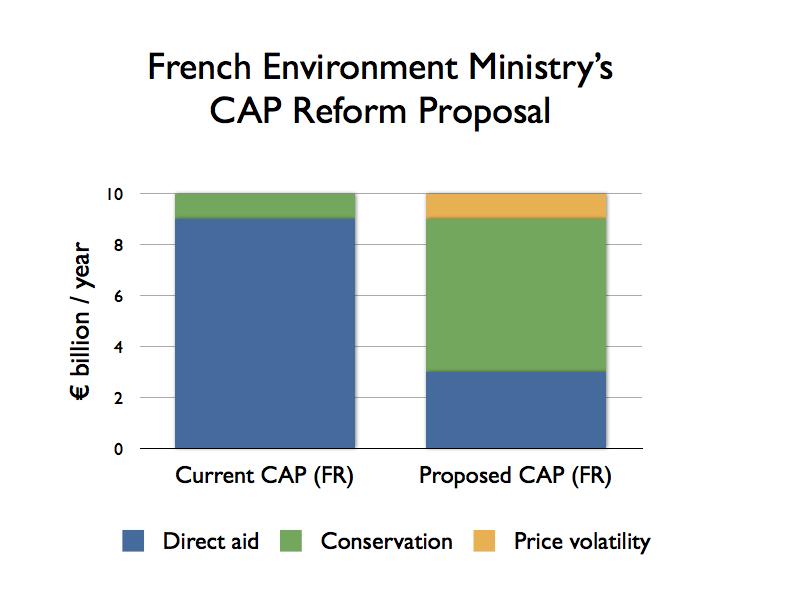 Naturally, the publication of such a radical proposal was met with howls of dismay from the Ministry of Agriculture and its sponsors, the mainstream farm unions. Barely a month previously, the Agriculture Ministry had put its name to an altogether different, more conservative joint position with the German Agriculture Ministry. In the struggle that ensued, the environment ministers were forced to back-pedal and remove the offending document, even though it was warmly received by other stakeholders.

Nothing on the internet can ever be erased and the document is still available on the links below. It remains to be seen just which version of the French government position will prevail as we head into the next stage of the negotiations. French President Nicolas Sarkozy is said to have joked that France has two commissioners in the current college: Dacian Ciolos (agriculture) and Michel Barnier (single market). With a government so divided, perhaps he’ll need them.

One Reply to “French government fighting itself”