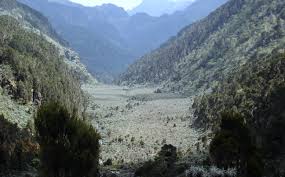 Different indicators can be used to measure trends in the volume of EU agricultural output (for the purposes of analysing decoupling it is the volume and not the value of output that is relevant).  At the macroeconomic level, decoupling is assessed by comparing emissions to the growth of GDP, where GDP can be defined as the aggregate value added in the economy. The analogous indicator for agriculture would be to compare agricultural emissions to agricultural value added (as measured by the Eurostat volume index for Gross Value Added (GVA) in agriculture at basic prices).

Agricultural value added nets out the use of animal feed and seeds whether grown domestically or imported as well as other intermediate inputs. While this makes sense when assessing the size of the economic contribution made by the factors of production employed in the agricultural sector, it may not be the right output indicator to compare with agricultural emissions.

An intermediate indicator is produced by the FAO called the agricultural Gross Production Index.  This is based on the aggregate volume of agricultural production in a country after deducting the quantities used for feed and seed. The intention is to avoid double-counting of feed and seed, once in the production data and once in the crops and livestock produced from them. The resulting aggregate represents disposable production for any use except as feed or seed. While as noted this may not be the best approach if the purpose is to calculate the emissions intensity of agricultural production, the indicator is useful as a measure of the amount of agricultural output available to the off-farm sector, either for direct consumption, further processing or export.

The FAO volume index is a Laspeyres index where the weights are fixed at 2004-2006 average international commodity prices expressed in so-called “international dollars”. The index shows the relative level of the aggregate volume of agricultural production for each year in comparison with the base period 2004-2006.

One final issue concerns data availability. The FAO Gross Production Index is available in the FAOSTAT database for the period 1990-2016. The Eurostat series for the EU28 cover the period 2005-2018. However, volume of production indices for the EU15 go back to 1993. These five indices are graphed in the first figure below.

We can draw a number of conclusions from this graph:

Summarising, there has been positive growth in EU agricultural output over the past quarter-century, but growth has hardly been stellar. Based on Eurostat figures, agricultural goods output has grown by around 0.7% p.a. and GVA volume by around 0.9% p.a., due to a somewhat slower rate of growth in intermediate consumption. We now turn to ask what has happened to the growth in agricultural emissions and emissions intensity.

The next graph provides the answer. Agricultural emissions (taken from the EEA GHG data viewer) refer to direct emissions from agricultural activity (not including land use) as reported to the UNFCCC as part of EU inventory reporting, aggregated to CO2 equivalents according to the weights in the IPCC’s Fourth Assessment Report. Agricultural output is the Eurostat agricultural goods output series for EU15/EU28 spliced in the way described above. Both series have been rebased to 1993=100 to make them comparable in the graph. The emissions intensity index is derived by calculating the ratio of emissions to output in each year.

Agricultural emissions have declined since 1990 until 2012 since when they have grown slightly again. Half of the fall in emissions occurred in the three years between 1990 and 1993, years for which agricultural output data are not available. It may be that this reflects the upheaval in agricultural production in the central and eastern European countries from the transition from central planning to a market economy in 1990.

However, this positive story has been reversed since 2012. In the period 2012-2017 growth has taken place at the rate of 1.5% p.a., but the rate of decline in emissions intensity has been just 1.0% p.a.  There is still relative decoupling, but no longer absolute decoupling.

While we can be sceptical that EU28 agricultural growth has reached a new norm in which growth will continue at 1.5% p.a. (the year 2012 was marked by a sharp fall in output and thus some of the recorded growth in 2012-2017 has been due to a recovery back to trend), what is more worrying is that visually there is a slowing down in the rate of reduction in the emissions intensity of production. The rate of reduction in emissions intensity was almost 2% (1.9%) p.a. in the first half of the period (1993-2005) and has now slowed to 1% p.a. in the period since 2012. If instead of using agricultural goods output we use the GVA volume index, the slow-down is less evident (from 2.1% p.a. in the period 1993-2005 to 1.8% p.a. in the period 2012-2017) but still exists.

This may reflect the slowing down of yield growth (for which there is evidence at least for crop production in some EU countries) which is one of the main ways in which emissions intensity per unit of output has been reduced. There may also be composition effects within agricultural output (shifts from less to more emissions intensive enterprises within the output mix). Exploring the reasons behind the slowdown in the improvement in emissions intensity of agricultural production would be a worthwhile exercise.

It would also be interesting to disaggregate this analysis by Member State, to see if there are some best practice countries which have managed to avoid this slow-down and from whom we could learn. Using the Kaya-Porter Identity for this purpose, by deconstructing emissions into their relevant elements, would facilitate policy-making for climate change mitigation. This is an issue the CAP post 2020 must urgently address.