Yesterday’s reshuffle of the Danish government included the appointment of a new minister for agriculture: Henrik Høegh. Less than a day into his new job, he is becoming embroiled in a political row over a perceived conflict of interest. The reason? Mr Høegh is a farmer who receives more than sixty thousand euro a year in EU farm subsidies.

Data on farm subsidies shows that since 2000, Mr Høegh has benefited from the CAP to the tune of 604,787 euros over the nine years from 2000 to 2008. Farm subsidies appear to be something of a Høegh family business: it seems his son and daughter are also significant recipients. Mr Høegh is now responsible for signing his own subsidy cheques, but also, as a member of the EU’s Council of Agriculture Ministers, deciding on the future of the CAP. 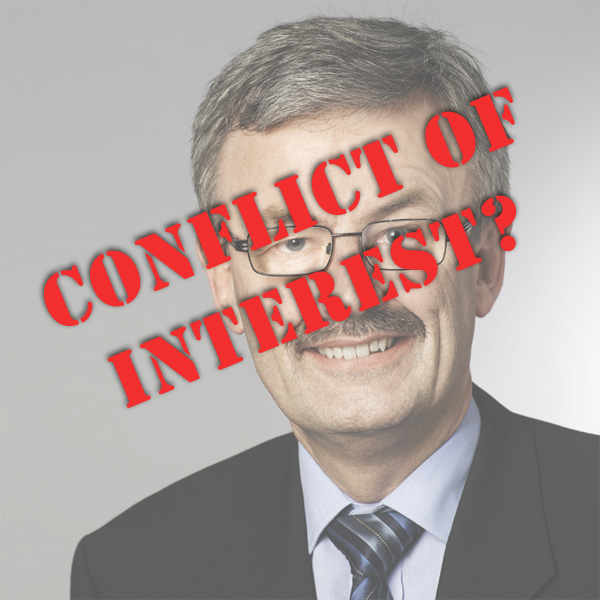 Høegh’s appointment to such a high profile and sensitive post came as something of a surprise since he’s only been a member of parliament for less than three years, before which time he was a Vice President of Danish Agriculture, the farmers union in Denmark, just the most recent position in a career spent in agricultural and farmer associations (read his CV in English here – PDF).

Of course we’ve been here before. Former Danish farms minister and EU Agriculture Commissioner Mariann Fischer Boel is married to a farmer, with a major business interest at stake in the future of the EU’s farm subsidies and tariff policies. Former Dutch farms minister Cees Veerman was nearly forced to resign when it was revealed that in addition to his farms in the Netherlands, he owned four farms in France, which he had failed to mention in his ministerial declaration of interests, and for which he received nearly two hundred thousand euros in subsidy a year. And the European Parliament’s agriculture committee has long been stuffed with farmers and farmer representatives. It just shows the extent to which the 55 billion euro a year common agricultural policy has been captured by those with a personal financial interest.

This latest row has made it onto Danish national television this evening with journalists, political commentators and opposition politicians questioning whether he can stay in post. With the long-term future of the CAP currently under debate, can the Danish people be confident that Mr Høegh will be pursuing the public interest rather than his own private profits?