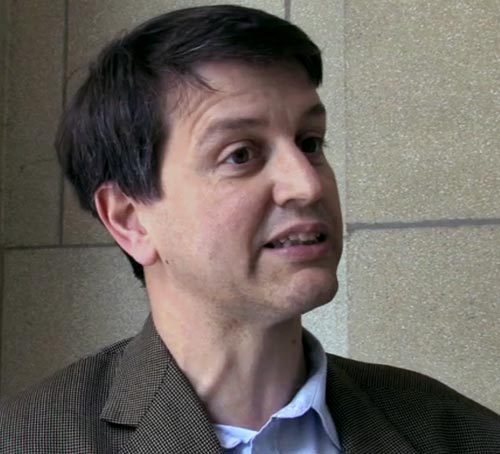 Roger Waite, editor of Agra Facts and frequent podcast guest on this blog, has accepted the job of spokesperson for Agriculture Commissioner-designate Dacian Ciolos. It’s sometimes said that you can count the number of people who truly understand the Common Agricultural Policy on the fingers of one hand. Roger is certainly among that select few. He’s been reporting on agriculture policy in Brussels for the past 17 years and certainly knows his way around. He speaks fluent French (and German?) and has been said to possess a ‘silver tongue’. He steps into the larger-than-average shoes of Michael Mann, another poacher-turned-gamekeeper who gave up his job as the Financial Times Brussels correspondent to speak for Ciolos’s predecessor Mariann Fischer Boel.

Unlike some longstanding members of the Brussels press pack, Roger could never be accused of being a ‘cynical old hack’. As well as being knowledgable about the CAP, he’s excellent company, good humoured and approachable. He’s a true European and genuinely believes in the possibilities of a common agricultural policy that is better aligned to meet the challenges of the 21st century and that operates in an accountable and transparent way. He understands the political pressures that come to bear on CAP decision-makers and I am certain he’ll be a valuable asset to the Commissioner in the years ahead. I wish Roger well in his new job and look forward to continuing our good working relationship, albeit in an altogether new modus operandi.

According to EuroPolitics, Commissioner-designate Ciolos has also named to his cabinet Yves Madre, agriculture adviser at the French Permanent Representation to the EU. Austrian Georg Häusler will be his head of cabinet and Romanian national Sorin Moisa deputy head of cabinet.