A new economic modelling study commissioned by DG Agriculture shows that many of the core claims made for the CAP are highly misleading, or downright wrong. The Scenar 2020 II study shows that if the subsidies, tariffs, intervention prices and quotas of the CAP were abolished and replaced with a free market, European overall agri-food production would be almost unchanged. This finding directly contradicts the argument that the CAP is an essential policy for ensuring that Europe remains a global agricultural powerhouse and ensuring European citizens have access to a reliable supply of affordable food.

The big picture message is that farming is subject to a range of economic, technological and demographic pressures that far outweigh the effects of agriculture policy, athough there are some exceptions. The economic story of farming over the past half century is of productivity increases (due higher yield varieties of crops & different farm management practices), declining employment (due to mechanisation) and a relative loss of income in agriculture compared to other parts of the economy.

The study predicts that the the European agri-food sector will see a 4 per cent increase in production between 2007 and 2020 if the current policy trajectory is maintained (including a cut in direct payments and an increase in rural development spending). Scrapping the CAP would reduce the increase to 3 per cent over the same period.

Looking beyond the aggregate production levels, the study finds that the effect of liberalisation would be to concentrate food production in regions that are best-suited to farming. More marginal areas (e.g. cold, arid, remote and mountainous regions) would be farmed more extensively, and in some places land would be taken out of production altogether. The study predicts full liberalisation would see a 6 per cent fall in land area devoted to farming, with the current policy resulting in a fall of around 1 per cent.

The likely intensification of production in the places best suited to farming shows the need for effective regulatory policies to reduce the harm that has been observed in the past, such as the leaching of chemical fertlisers and manure into rivers and seas, soil eroision, the unsustainable use of water, the destruction of wildlife habitats and the reduction in natural species caused by pesticides and herbicides.

Scenar 2020 II thus shows that the CAP is not a food security policy but a policy which maintains farmland prices at 30 per cent above their rightful level and bolstering agricultural wages by a much smaller amount. The policy also maintains some farming activity in remote and unfavourable areas where it is not economically viable without public support. It is overwhelmingly a redistributional policy – transferring benefits from one section of society to another.

Looking at different farm sectors, the study finds that the EU’s tariffs (and to a much lesser extent direct aid subsidies) ensure European beef, dairy and sugar production at greater levels than they would be in an open market, which would see a much greater share of European consumption met by imports from overseas. The study finds that scrapping the CAP would mean EU beef production would fall from 8 million tonnes in 2005 to 5 million tonnes in 2020. If more or less the current CAP were maintained the fall in beef production over the same period (as a result of macro factors unrelated to policy) would be less than a third of this. The fall in production would be greater in the EU-15 than the NMS, where beef production is much less anyway. The study also singles out dairy and sugar production as the two other sectors most sensitive to changes in the levels of border protection (and to a lesser extent, subsidies).

For dairy, the study shows that under the current CAP, dairy production is on course to increase by around 5 per cent, driven entirely by positive macroeconomic factors such as the growing world economy and changing diets in developing countries. Without the CAP, the increase would be less, just under 2 per cent. In a more open market, a decrease in EU beef production would be partially offset by an increase in pork production.

For cereals, the story is rather different. The study predicts that cereals output will increase with or without the CAP, and the effect of the CAP on cereals production is rather small. It also suggests that the area under cereals cultivation will fall slightly, suggesting that production gains are the result of intensification and better yields rather than putting more land to the plough.

The study shows that without the CAP, food prices paid by European shoppers would fall on account of increased imports from overseas and the competitive pressure on EU producers. If shoppers would gain from scrapping the CAP, the study offers some reveailing insights on who would stand to lose.

It finds that without the CAP, European land prices would fall by nearly 30 per cent. As Valentin Zarhnt argues in his post on the same report,

“This is nothing the public need worry about – but it explains the heavy lobbying of landowners for the preservation of a ‘strong’ CAP.”

As the chart below shows, the study predicts that scrapping the CAP would hit agricultural wages, though the impact would be less than the impact already mentioned on land prices. 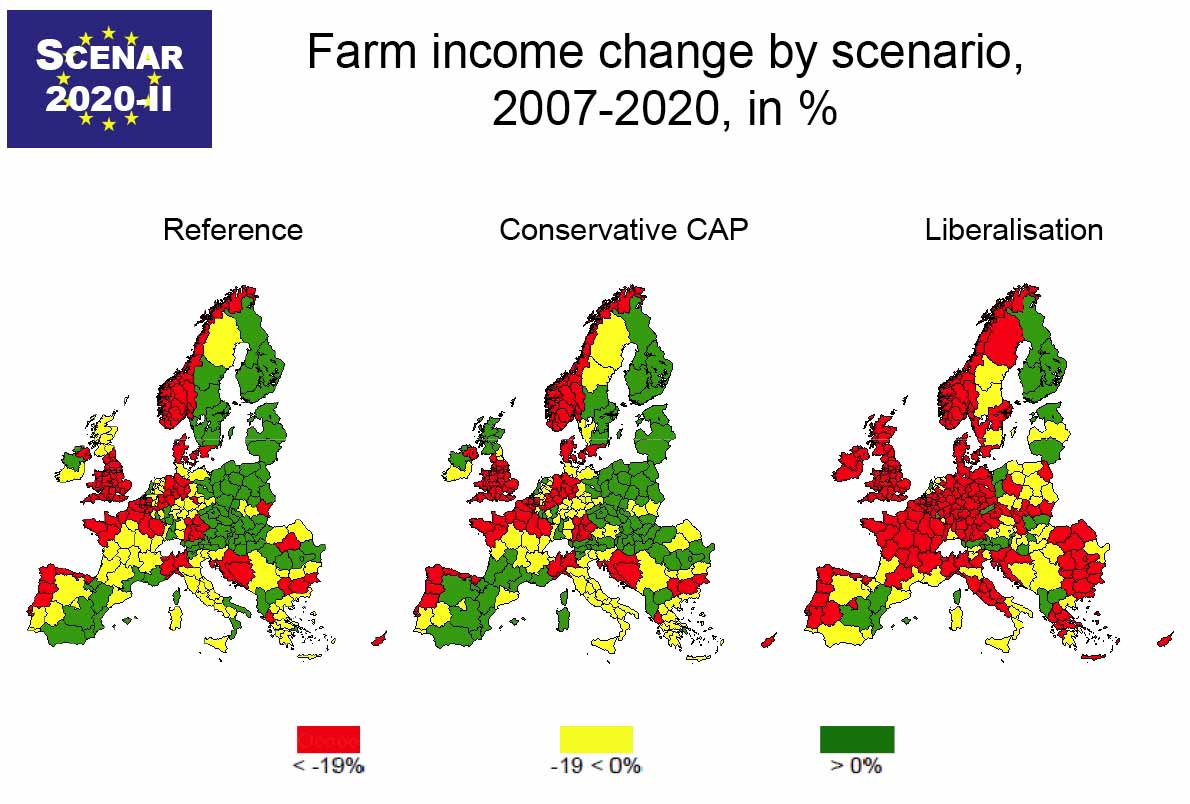 For years farm incomes have been falling behind wages in the rest of the economy, and according to the study, without the CAP agricultural wages would fall further behind. 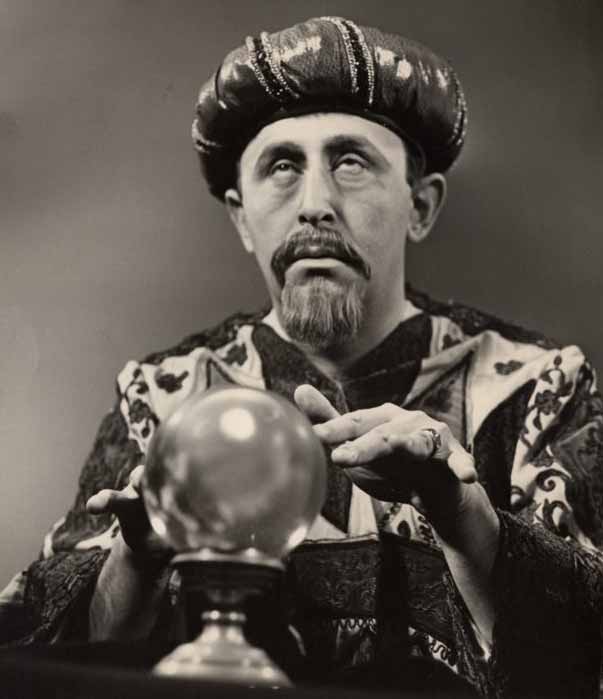 The study finds that many will see no alternative to accepting lower wages as it is difficult to find jobs outside agriculture. This speaks to the need for more imaginative policy interventions to offer alternatives to regions that are especially dependent on declining agricultural economies.

The study was carreid out by ECNC-European Centre for Nature Conservation, Landbouw-Economisch Instituut (LEI) and Leibniz-Zentrum für Agrarlandschaftsforschung e.V. (ZALF). It will provide interesting reading for DG Agriculture’s in-house sage Tassos Haniotis (artists impression, right, with turban and fake beard). Read the study in full, it’s well worth it: