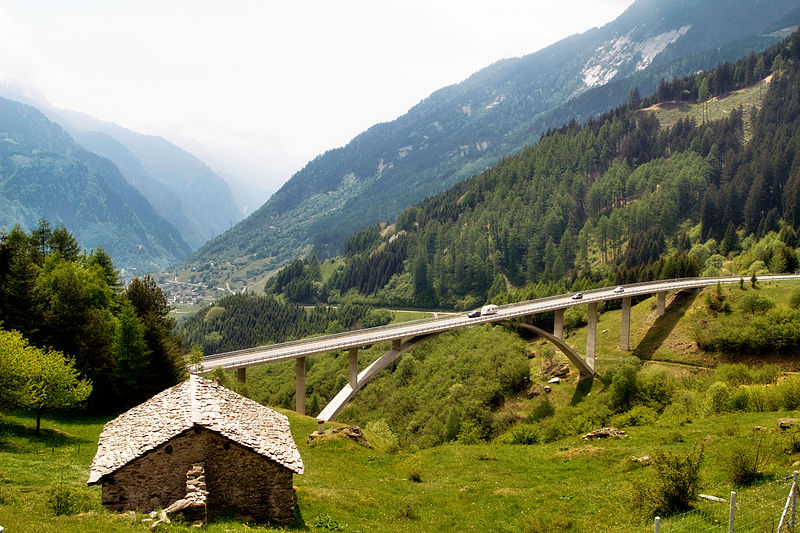 For years the European Court of Auditors criticised Member States for designating these areas (previously referred to as Less Favoured Area (LFA) intermediate areas) without proper documentary evidence. It also concluded that Member States often had very different interpretations of the delimitation criteria which in previous periods included socio-economic as well as bio-physical criteria, thus undermining common conditions of competition within the single market.

Already in the Rural Development Regulation (EC) No 1698/2005 it was agreed in principle that socio-economic criteria would no longer be used to designate intermediate LFA areas and a new definition of these areas was agreed. But the Council could not agree on how to apply the new criteria so it extended the old system while asking the Commission to make a proposal for a new payments and designation system to apply from 2010.

The Commission invited the Joint Research Centre to suggest a set of bio-physical indicators which it then piloted with Member States to test their feasibility. Once it was satisfied that mapping ANCs using these criteria would be feasible, the Commission proposed their inclusion as the basis for ANCs in its proposal for the 2013 CAP reform. Another concept introduced at the time was that of ‘fine-tuning’. This is the idea that, within the ANC area designated using the bio-physical criteria, those areas where human intervention had overcome the natural handicaps should be excluded. Although neither Council nor Parliament was particularly supportive, the Commission’s proposals were eventually adopted with some small amendments in Regulation (EU) 1305/2013. I have always considered this as a major achievement of Ciolos’ period as Commissioner.

There was, of course, a sweetener. Although in principle the newly-delineated ANC areas should have been attached to the Rural Development Programmes submitted for the period 2014-2020, it was recognised that it would take time for Member States to undertake this work. A derogation up to 2018 was allowed. Article 31(5) allowed Member States to continue to make payments to farmers who had received LFA payments under the previous, more extensive, definition of LFAs during the period 2014-2020. However, for farmers who would no longer be eligible for payments under the new ANC criteria, their payment in 2018 and in later years should be reduced on a degressive scale over at most a four-year period. For example, in 2018 the payments had to be fixed at no more than 80% of the average payment fixed in the LFA programme for intermediate areas in the 2007-2013 period and would end in 2020 at no more than 20% of this amount. This would mean that the new maps would have to be approved by the end of 2017/early 2018 so that farmers in applying for their 2018 payments in May 2018 would know where they stood.

As I described in the previous post, approval of the new ANC maps at Commission level is not trivial. Member States must send their proposed designation to DG AGRI which is then assessed by the JRC (for the bio-physical delimitation) and by DG AGRI for the fine-tuning. Once the designation is approved, a modification to the country/regional RDP is required. This modification should be submitted before the Member States make expenditures, in order for this expenditure to be eligible for reimbursement. Because Member States were making heavy going of the new mapping, the Commission feared an avalanche of designations close to the deadline which would have made it difficult to get approvals in place in order to allow the affected farmers to be paid in 2018.

Then, as so often in this long-running saga, the goalposts were moved again, this time in the Omnibus Agricultural Provisions Regulation (EU) 2393/2017. This amended the relevant Article 31(5) paragraph to push the derogation date forward one year to 2019. This means Member States have given themselves one more year to conclude the necessary mapping.

The most recent state of play is set out by DG AGRI in its updated CAP Context Indicator 32 on Less Favoured Areas/Areas facing natural constraints and specific constraints. The cartography was completed in December 2017 so I assume the information it portrays also represents the situation as of that month. It makes for rather sobering reading. Only a handful of Member States – Sweden, Finland, Romania, Croatia, Estonia and Latvia – have completed the mapping exercise and had their new designations approved (the Netherlands should also be included here given that none of the country is eligible for ANC status). This is also the case for a few regions in other Member States, but the overwhelming impression from the map is that most areas fall into the striped area.

Another interesting feature of the map is that it shows Brexit has already occurred. The UK regions have indicated that they are no longer pursuing the remapping because, by the time it would take effect (now for payments in 2019), they do not expect to be an EU Member State. However, for the period to the end of 2020, under the Council’s agreed negotiating directives for the transition period, the UK will be expected to apply the rules and regulations of the CAP and will make the same CAP payments to its farmers. This means that, for ANC payments in 2019 and 2020, payments to farmers who would not be eligible under the new criteria should be reduced, to 80% in 2019 and to 20% in 2020, of their 2007-2013 levels. But, in the absence of new maps, the UK regions will not be able to identify who these farmers are. Also, it is interesting that the cartographers have chosen to include the UK in the category of regions ‘where ANC designation is not eligible’. This would seem intended for regions, such as the Netherlands, where no mapping is required to show that none of the country’s area is limited by bio-physical criteria. Were the cartographers privy to information that the UK might not be able to make ANC payments of any kind to its farmers in 2019 and 2020?

Leaving these speculative questions regarding the UK’s future position to one side, the map indicates the scale of the task remaining in the course of 2018. Of course, it can be argued that there was no incentive for Member States to bring forward the mapping exercise given that it inevitably means reducing payments to some farmers that are used to receiving them. Looking at those Member States and regions where the new ANC designations have been approved, it is not surprising to find that almost all of the countries and regions concerned (with the exception of Romania) remain eligible for ANC payments, so these countries (regions) had no reason to delay the exercise (in this context, it would be interesting to know how many farmers were adversely affected in Romania by the narrower criteria for ANC (b) areas than before).

But the protests in France should remind us that completing this exercise is politically charged in all the outstanding Member States. The French Ministry of Agriculture intends to finalise the new maps by 15 February. President Macron on the 25 January promised accompanying measures and a further delay of two to three years before the exclusion from payments would take effect. We don’t know the exact status in other outstanding Member States, but this issue could continue to be a hot potato on the Commissioner’s desk this time next year.