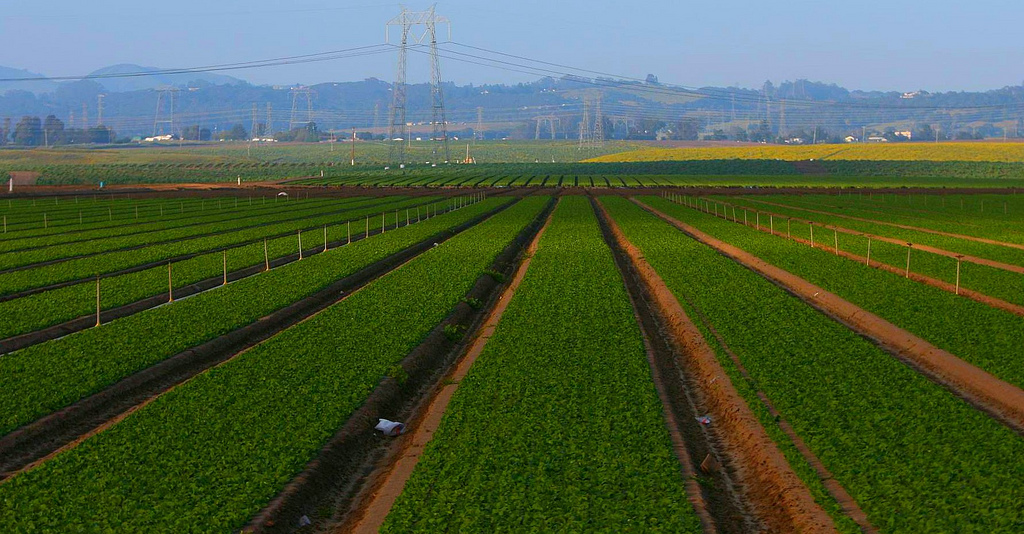 The U.S. has agreed on a $2 trillion stimulus package, the largest economic stimulus in its history, in response to the economic impacts of Covid-19. U.S. farm groups lobbied hard to be included in the package, and $23.5 billion was included in the final package for farm aid. This farm aid comes on top of the two trade aid packages of $12 billion and $16 billion introduced by the Trump Administration in 2018 and 2019, respectively, to provide relief to commodity producers hurt by the retaliatory tariffs introduced by various countries in response to tariffs on their exports to the U.S. introduced by President Trump.

Assuming no change in market prices and other farm income in 2020 compared to the February 2020 USDA farm income forecast, if all of this emergency aid were paid out in 2020, then 40% of U.S. farm income in 2020 will derive from government payments. While not all of the emergency aid may be paid out in calendar year 2020, it is also likely that counter-cyclical payments will increase and other farm income will also fall compared to the February 2020 forecast in response to falling export and home demand. This means the projection that around 40% of all U.S. farm income this year will derive from government support is probably not far off the mark. This would be unprecedented in recent U.S. history, but would still mean that the share of government support in the U.S. is below the level in the EU.

President Trump signed the Coronavirus Aid, Relief, and Economic Security Act, also known as the CARES Act, into law on 30 March 2020. The original bill introduced by the Senate Majority Leader Mitch McConnell would have provided around $1 trillion in aid. By the time bipartisan negotiations had concluded, the amount of aid provided had increased to $2 trillion, around 10% of US GDP. The act is much larger than the $831 billion stimulus act passed in 2009 as part of the response to the Great Recession.

These proposals follow an initial $8.3 billion measure passed in early March to boost Covid-19-related emergency funding, as well as the Families First Coronavirus Response Act (FFCRA) that provided funding for free coronavirus testing (though treatment still came at a cost), 14-day paid leave for American workers affected by the pandemic, and increased funding for food stamps.

The main provisions of the CARES act have been widely reported though there are different estimates for some of the amounts in the package (see also here). The most innovative feature is around $250 billion in ‘helicopter money’ to American families below a specified income threshold who will receive checks of up to $1,200 per person (plus $500 for children under 16) through the tax system (it is estimated around 94% of Americans will be eligible). A further $250 billion will go to bolster unemployment insurance. There is $350 billion in loans for small businesses that may be forgiven if firms use them to keep workers on payroll. $500 billion in aid is made available for hard-hit large corporations and $50 billion for airlines. Hospitals get $130 billion in aid to cover the cost of treating uninsured workers, while there is $340 billion to help state and local governments cover budgetary shortfalls as tax income plummets.

Farm aid in the CARES Act

As late as February this year, in the wake of the partial trade deal between the U.S. and China under which China committed to increase purchases of U.S. agricultural exports, the Secretary for Agriculture Sonny Perdue was advising farmers not to count on receiving additional payments for trade disruption in 2020. He envisaged the end of the Market Facilitation Program that had provided farm income support in the two trade aid packages in 2018 and 2019.

Mind you, the very next day President Trump tweeted that if farmers needed more aid while waiting for the terms of various trade deals to kick in, that money would be made available from the tariff revenue generated on imports into the U.S.. As it has turned out, the stimulus for additional aid has not been trade on this occasion, but the consequences of the coronavirus pandemic.

There are two main elements in the farm aid package in the CARES Act. The first is $9.5 billion in emergency aid that is made available to the Secretary for Agriculture to provide “support for agricultural producers impacted by coronavirus, including producers of specialty crops, producers that supply local food systems, including farmers markets, restaurants, and schools, and livestock producers, including dairy producers”. The second element is $14 billion for the Commodity Credit Corporation (CCC) that can fund farm income, price support and conservation programmes. In addition, the USDA will also receive an additional $25.1 billion for food aid programmes for poor families under the stimulus bill.

The congressional legislation gives the Secretary for Agriculture broad discretion on how to distribute this aid to farmers. The precise way in which aid will be provided has yet to be decided, with Secretary for Agriculture Sonny Perdue saying further details will be given later this week. Under the Market Facilitation Programme, which was the principal way the trade aid was distributed in 2018 and 2019, most of the money went to row crop producers although there was a broader range of beneficiaries in the 2019 package.  Commentators expect that the CCC funding tranche will probably follow similar guidelines, but the $9.5 billion emergency aid element specifically mentions producers of speciality crops, producers that supply local food systems as well as livestock and dairy farmers.

The pattern of U.S. government support in the form of direct payments to farmers in recent years is shown in the following chart. The figures are shown in nominal dollars, despite the misleading legend included in the chart, as is confirmed in the notes to the chart.

The U.S. ended decoupled direct payments in the 2014 Farm Bill and moved instead to counter-cyclical payments. In addition, conservation payments as well as ad hoc and emergency aid payments make up a significant chunk of farm support. For a description of the U.S. farm safety net after the 2014 Farm Bill, see my 2016 post, although further changes were introduced in the 2018 Farm Bill. The Market Facilitation Program is particularly important in 2019 where it includes a significant element of the 2018 Program payments that were paid in the 2019 calendar year. The chart does not include the subsidies paid by the government for crop insurance.

The next chart shows the importance of U.S. government support to farmers relative to net farm income. This chart is updated to 2020 based on the first USDA forecast of 2020 farm income made on 5 February 2020 (thus after the announcement of the U.S.-China partial trade deal and the outbreak of coronavirus in China and just after the first cases had been announced in Italy, but before the severity of the economic consequences of the measures needed to slow the spread of the disease had become apparent). This chart has been converted to inflation-adjusted 2020 US dollars and includes crop insurance subsidies as well as direct payments to farmers.

For the purpose of illustrating the impact of the CARES Act farm aid package, I have simply added it to the farm aid and other farm income amounts as projected by the USDA in early February. If these projections remain valid, then total farm support would amount to about 40% of U.S. farm income this year. However, as for the 2018 and 2019 Market Facilitation Program payments, some of the 2020 payments would probably be made in the 2021 calendar year.

Update 17 April 2020: The U.S. Secretary for Agriculture today announced details of the immediate emergency package. This will amount to $19 billion direct assistance to farmers, made up of the $9.5 billion emergency aid package under the CARES Act plus a further $6.5 billion in CCC funding using its existing credit line authority. The further $14 billion made available in the CARES Act for the CCC will not become available until July and is thus held in reserve. Secretary Purdue has indicated that there will almost certainly be more aid announced in the coming months which the CCC funding can be used to finance. Additional details on how the package will be divided are included in this press release from the Chair of the Senate Agricultural Appropriations Committee John Hoeven. For further background, see this briefing from agricultural economists at the University of Illinois.