The starting point is that average payments per hectare (and per beneficiary) differ widely among Member States. The graph (labelled Figure 2 in the Velaquez paper) shows the distribution of expected average farm payments once all MS fully implement CAP reforms and new MS are fully integrated into the CAP (by the year 2016).

In the light of these figures, it is not surprising that a move towards an equal payment per hectare across MS would imply a very significant redistribution between countries. New member states (but also Spain and Portugal) would be the big beneficiaries, while northern Europe (Belgium, Denmark, Netherlands, Germany and France) would be the main losers. Velaquez notes that this would upset not only the delicate balance of the current Financial Perspective but would also exacerbate distortions in the new member states arising from the potential impact of the level of support on the rest of the economy. 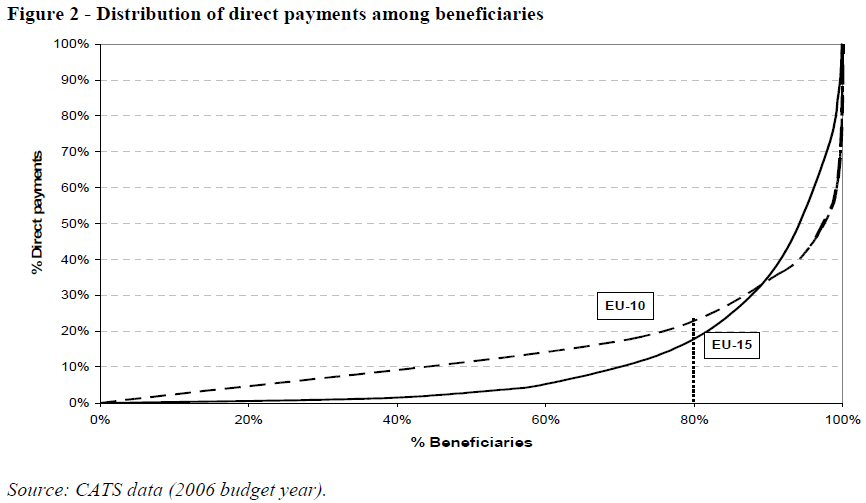 One Reply to “Implications of reforming the basis for SPS payments”